Sometimes I spend too much on gaming. Sometimes I'm a right cheapskate when buying things.  I've long since given up trying to work out why I swing wildly from one to the other, sometimes even for the same army.
I'm sure you also know that I really enjoy converting. My painting is an ok tabletop standard and I don't have the patience to learn the advanced techniques or get an airbrush. So I often rely on conversions to feel like my army is standing out a little.
So when the cheapskate in me kicked in when thinking about getting some chaos space marine bikers, it was a perfect chance to go for some conversions given how all the troops in that army are converted.
A meander through the various ranges on offer in both 40k and WFB led me to the chaos marauder horseman. Really nice new sculpts and only £15 odd quid for 5 as opposed to £40 for the "official" bikers. Add in the torsos from the dark vengeance set and lots of chopping and sticking and I had my conversions.
So here are the first four: 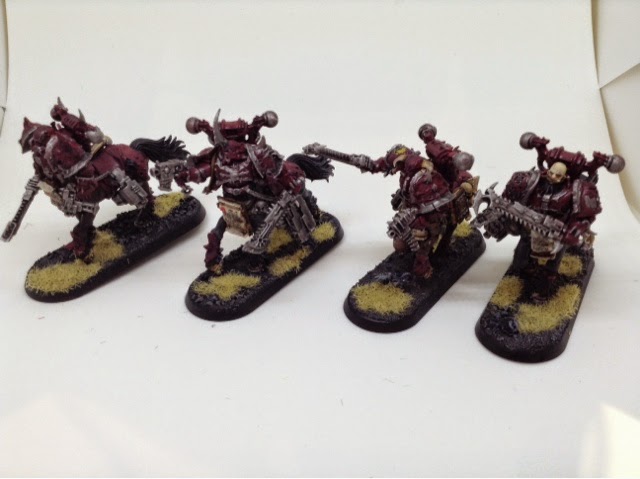 And here are the next four: 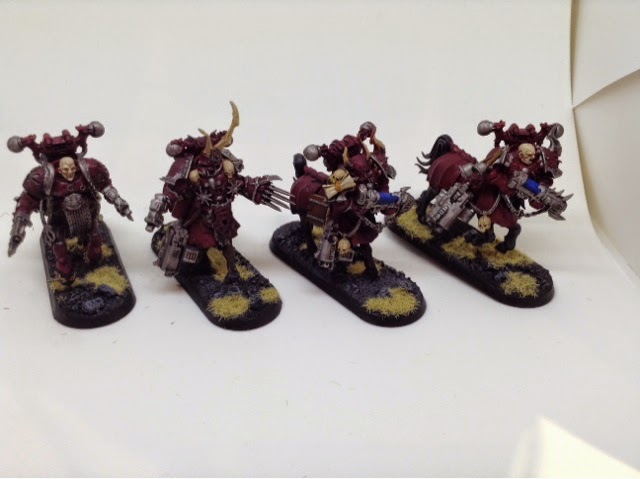 I got to eight by using 3 WFB Empire knights horses that I had lying around, from another project of years ago that never got off the ground.
Lots of religious craziness from scrolls, etc. 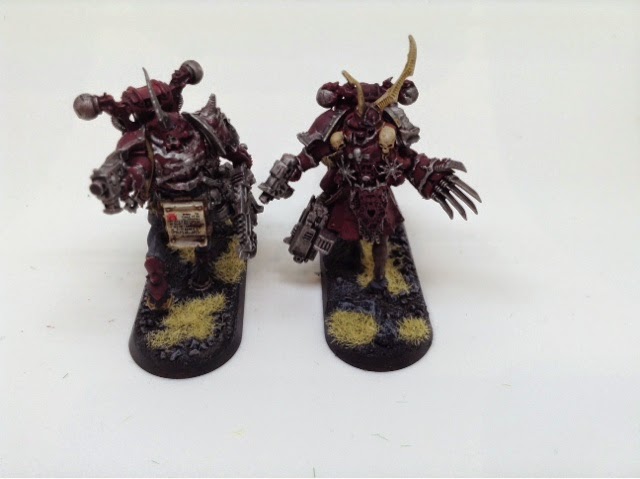 Two plasma guns and a lightning claw for sarge. 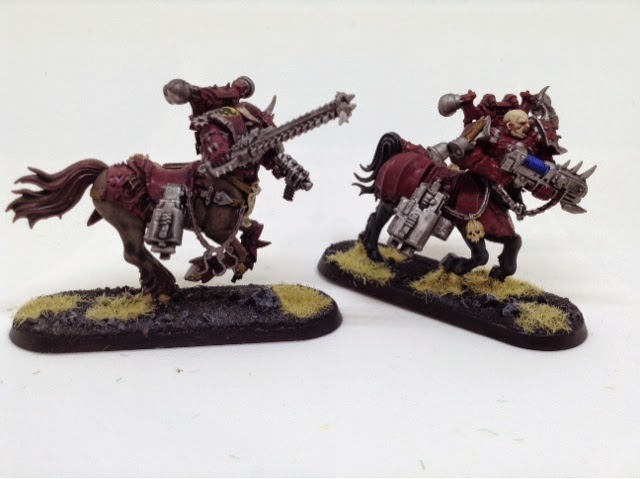 My chaos force is coming along nicely now and hopefully I'll keep the momentum up in the new year to get an army finished......... About 8 years after it was started!
Posted by JamieM