The GoGs had discussed trying to get a certain points value painted each month. Well I stood no chance of doing so in December but this month I have been making up for it. Almost finished are nearly 1K points made up of a Knight Titan, A Castigator Knight Titan and a Thanatar!

I did the pistons today and tomorrow I'm aiming to paint the smaller other details and then it is just weathering and decals. After these it will be the turn of a Magos and two Castellax. I have an Avenger strike fighter that I intended to add to the marine HH forces but it appears to actually be listed as a Mechanicum FA option. This has led me to consider painting it in the Mechanicum scarlet and gold. I had intended to go with a dull sort of aviation grey scheme but the red and gold is starting to win me over. That will be it for the Mechanicum until I order some more which I'll have to do given the lack of troops! 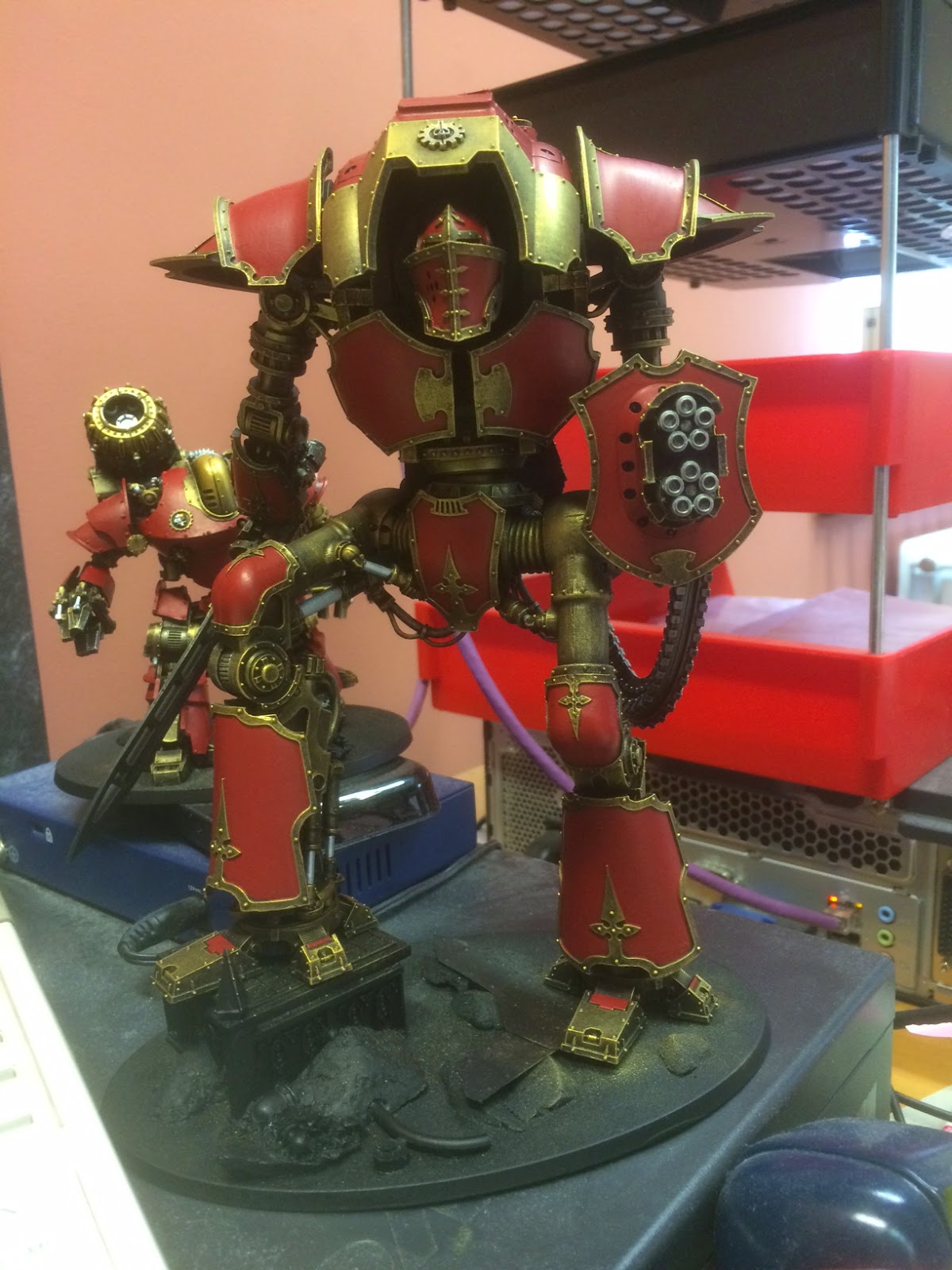 Really nice, I can't wait till you do the weathering on that shiny paint job....

Lovely stuff, as mentioned before the depth in that red is ace

Red is one of those colours that can be difficult to look right, well it looks like you have owned this one mate! Great job!