As summer comes to a close....

I've been a busy boy lately but I need to be as I've got so many projects on the go at the moment that it is hard to know what to try and finish. Especially difficult as I want to do it all!

I have made some efforts to try and get small jobs done and put away as I have soooo many bits and bobs hanging around in the man cave prepped and undercoated. 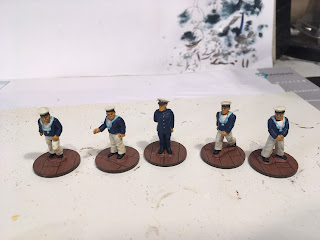 The VSF project is still bubbling away quietly. I’m waiting on a few more Aeronefs from Blotz but thought I’d get some crew painted whilst I wait for them. I find little sets of figures like this refreshing to paint as they tend to be pretty different to the massed batch painting that comes with wargaming forces. 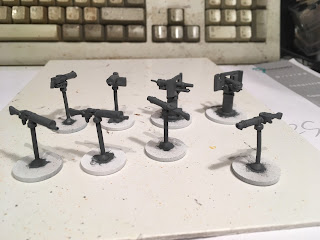 Also started some deck guns for the VSF which shouldn’t take long to do. 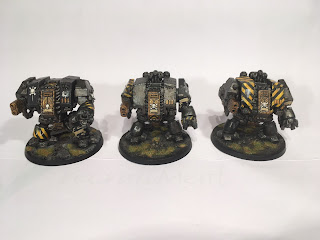 Also finished were some much needed additions to my Iron Warriors force. Sadly their first outing was less than stellar as they got absolutely smashed by a leviathan with a grav-bombard! 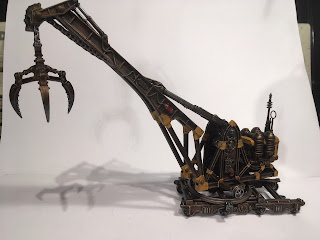 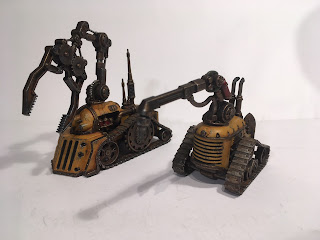 Bit of scenery done as well. Started them ages ago and had stalled on the painting the beige. Got a second coat on finally and then added some weathering. Lovely models! 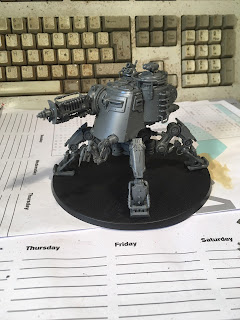 Been building more stuff despite having lots on the go already. Couldn’t resist putting together the Dunecrawler from a cheap purchase starter box purchase from Ebay. Very cool figure and I’m looking forward to painting a bundle of stuff for the Mechanicum soon. 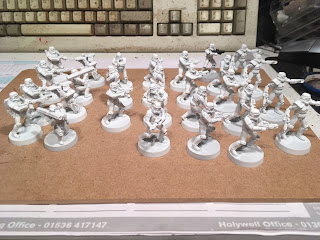 Priority does seem to have shifted to the Star Wars Legions stuff in the last few days as I picked up all but the last kit for the crashed star ship range that I designed with Blotz earlier in the year. Whilst I’m getting the scenery sorted I’ve started getting my Imperial forces done. They were a cheap double set that Junt spotted for Tea Urn and I. We snapped it up! They were badly put together and poorly undercoated but with a bit of TLC they’ve come out okay. I did a test one to see how much of a pain the black and white scheme was to paint but it wasn’t too much of an issue so I’m looking forward to painting these now!

The dreads and the servo crane set have taken me up to 204 items painted this year which I’m okay with. I’ve lost count of how much I’ve purchase this year which is far from my intention of only buying a minimal amount.

Those dreads look good I wonder how they'd do on the table ;)

They'll do just fine...unless someone brings a Leviathan with a Grav-Bombard.

Know anyone who'd do such a thing?