And rather badly photographed too.....
In keeping with my Yu Jing, these had armour done with successive washes instead of the standard base colour-wash-highlight that is my norm. I really like the sort of plastic armour feel it gives..... Although the red didn't have nearly the coverage of the yellow so needed 4 or 5 coats!
Still, a light nuln oil "black lining" and I'm rather pleased with it.  I kept to more neutral shades for the clothing and a smattering of metal as I see the far future as having the laminated armour look. Hey, it's my future so it can look like what I want it to ;) 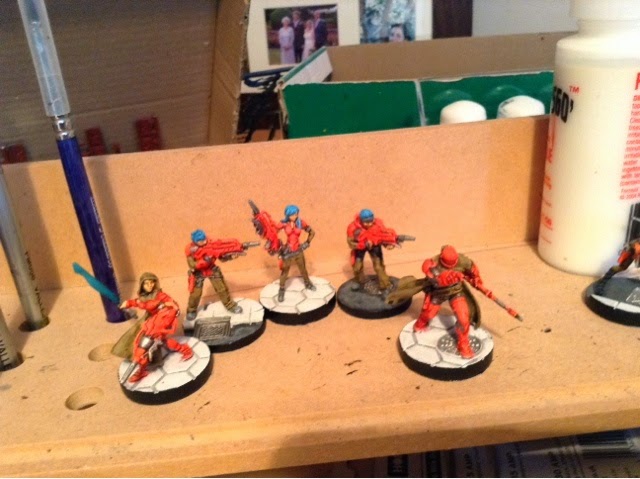 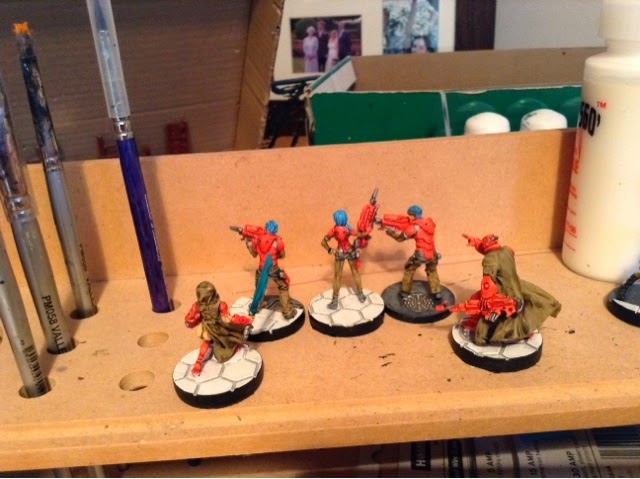 And a...ahem.... Rear shot.
I really like the nomad figures and Corvus belly have done cracking jobs on the sculpts, including the menacing Sin-Eater and the rather more prosaic militia chaps. I changed the pose of the last one (a reverend moira) as I didn't like the gun sticking straight out in front of her.
Posted by JamieM

I am always amazed at the sublte colours that your get on your models - we use the same paints but the tone and texture are completely different.

We really must try this game again!