Infinity nomads - now with more Gecko than ever before

Here they are, the big (medium) lads. These two are a sort of mini TAG for the Nomad faction. They aren't as big or tough as other TAGs, but are bigger and tougher than heavy infantry. You know how sometimes you see figures and just have to have them? That was how these were. Lovely sculpts, went together really nicely.... Although it was weird holding and painting big heavy lumps of metal given other games companies seem to have moved to plastic and resin!
They only got built as they had been sitting in pieces on my panting table for ages and I picked them up as I was trying to avoid some tricky painting bits. Half hour later all built and on with the painting! I really like the little arms of the operator in the same pose as the TAG to show they're controlling it. The one on the right is hidden by the Geckos arms, so you'll have to trust me on that. 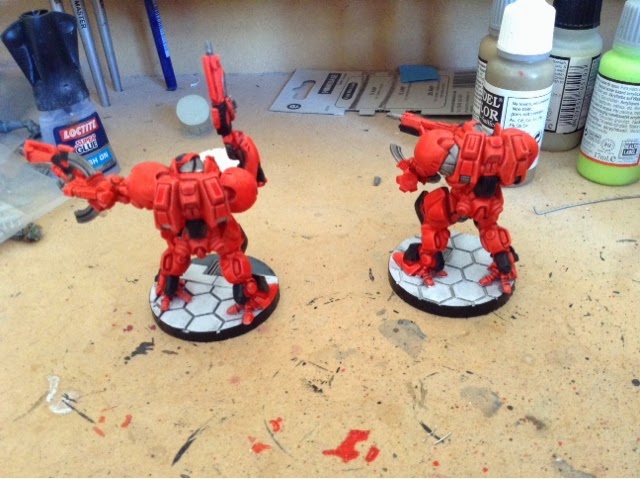 Five (!) coats of blood letter red glaze for these boys, although I really like the effect that depth of colour seems to give. Tarted up some of the other bits and pieces and fortunately these are staying on 40mm bases given Corvus Belli's recent ruling on base sizes, so I could match them with the other nomads' bases that I have.
Anyway, interested in a size comparison? 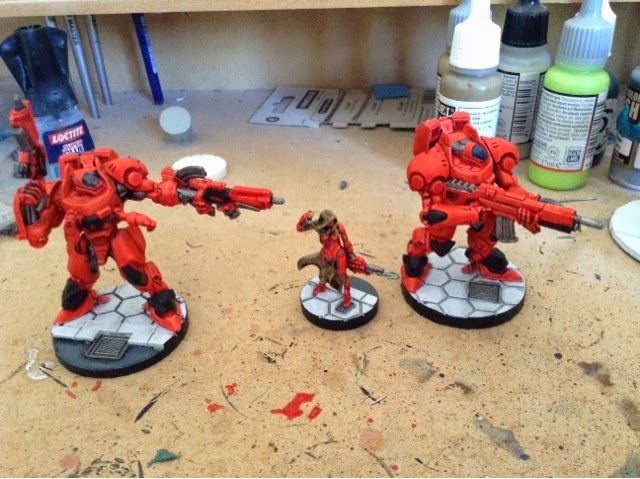 What's that you say? You hadn't seen that other model before? You're right :) here are the next three nomad models to have been finished 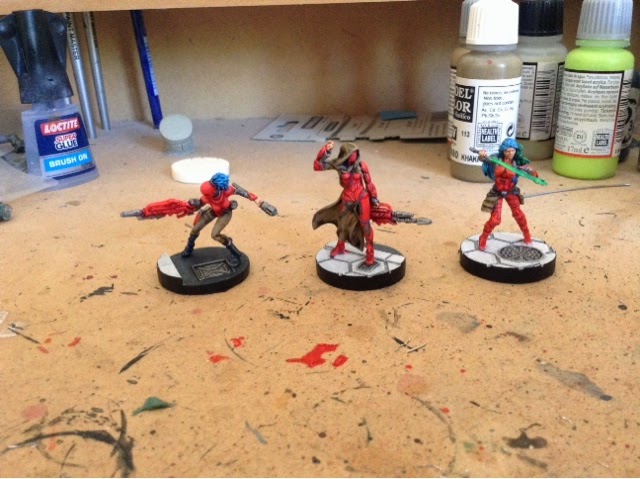 So, there is a "zero" infiltrator, the hacker in the middle and a somewhat random figure on the right with a little dragon on her shoulder.... Nope, I've no idea why either. Anyway, she's the nomad figure from the "dire foes" boxed sets where you get a civvie and two figures from different factions for £20ish. Bit steep if I just wanted one figure, so I snapped her up when I saw a new seller I found (ABZ games - great service and good prices too) split boxes out and were selling them individually. 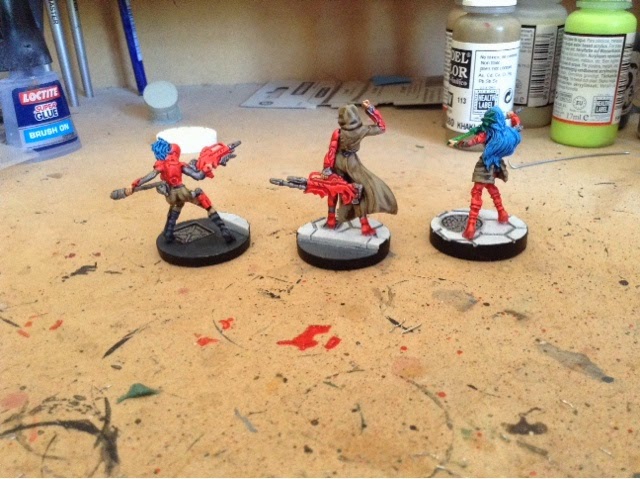 All that crazy productivity leaves me with lots of nomads done and only another 4 to paint to get all the ones that I have finished. Phew.
Posted by JamieM

You know that right??