I've reached that point you get to when painting a new army....

....the slow job of getting the infantry done.

Yup 50 Marines to get through and about 35 more to make followed closely by nearly 30 Terminators. 100+ infantry and I've said to myself that these are the tax I have to pay before I can start painting all the fun stuff again.

So far they've had a dry brush of Bronze and a light dry brush of gold to pick out the armour trim and detail on the back of the legs. The guns have been dry brushed with gunmetal and tonight the slow process of adding the layers of scarlet to their armour will begin. 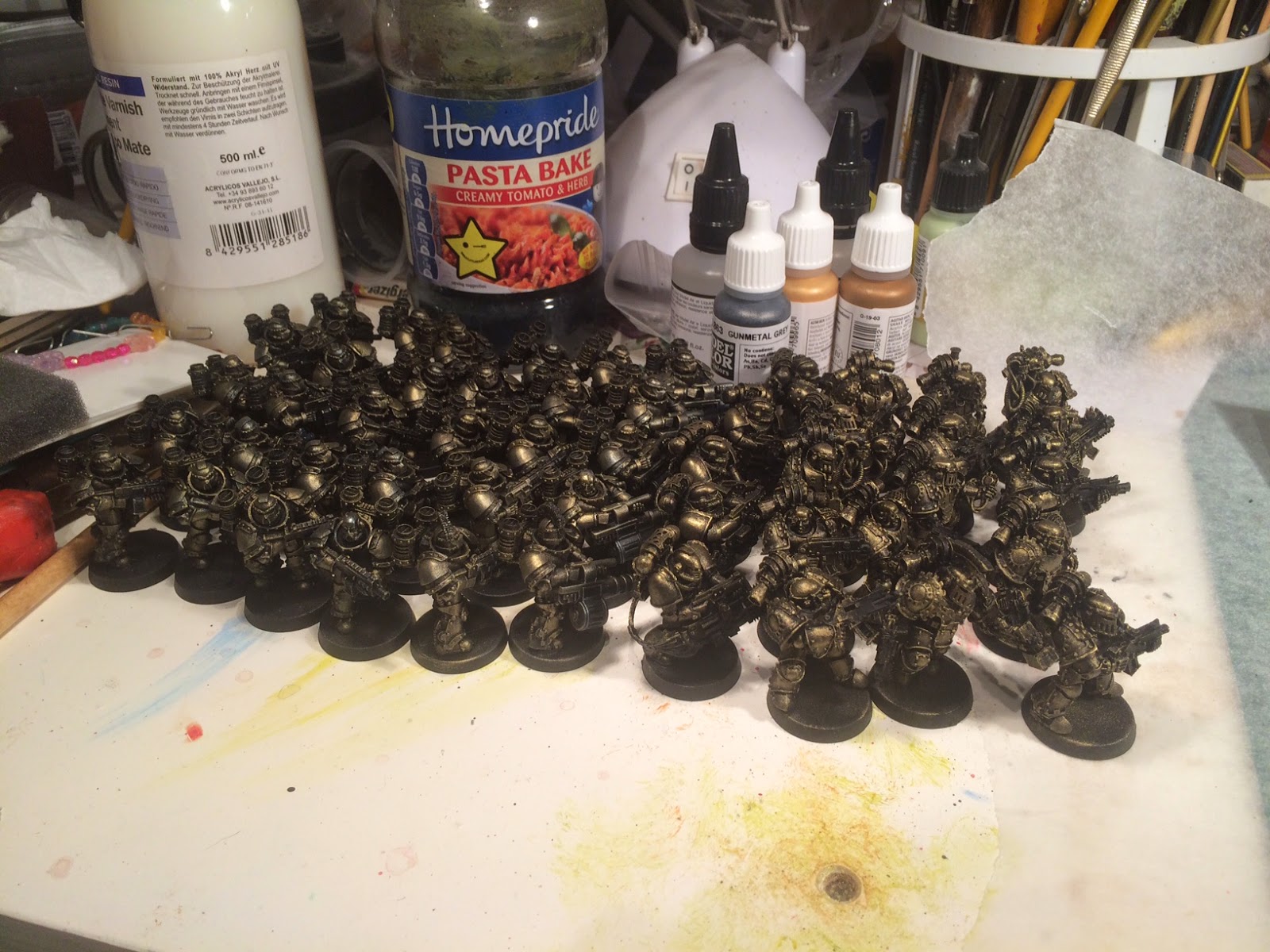 The Termnators are a mix of Scibor bodies, GW arms and weapons and Anvil heads and shoulder pads. This should them stand out as a bit experimental and different. 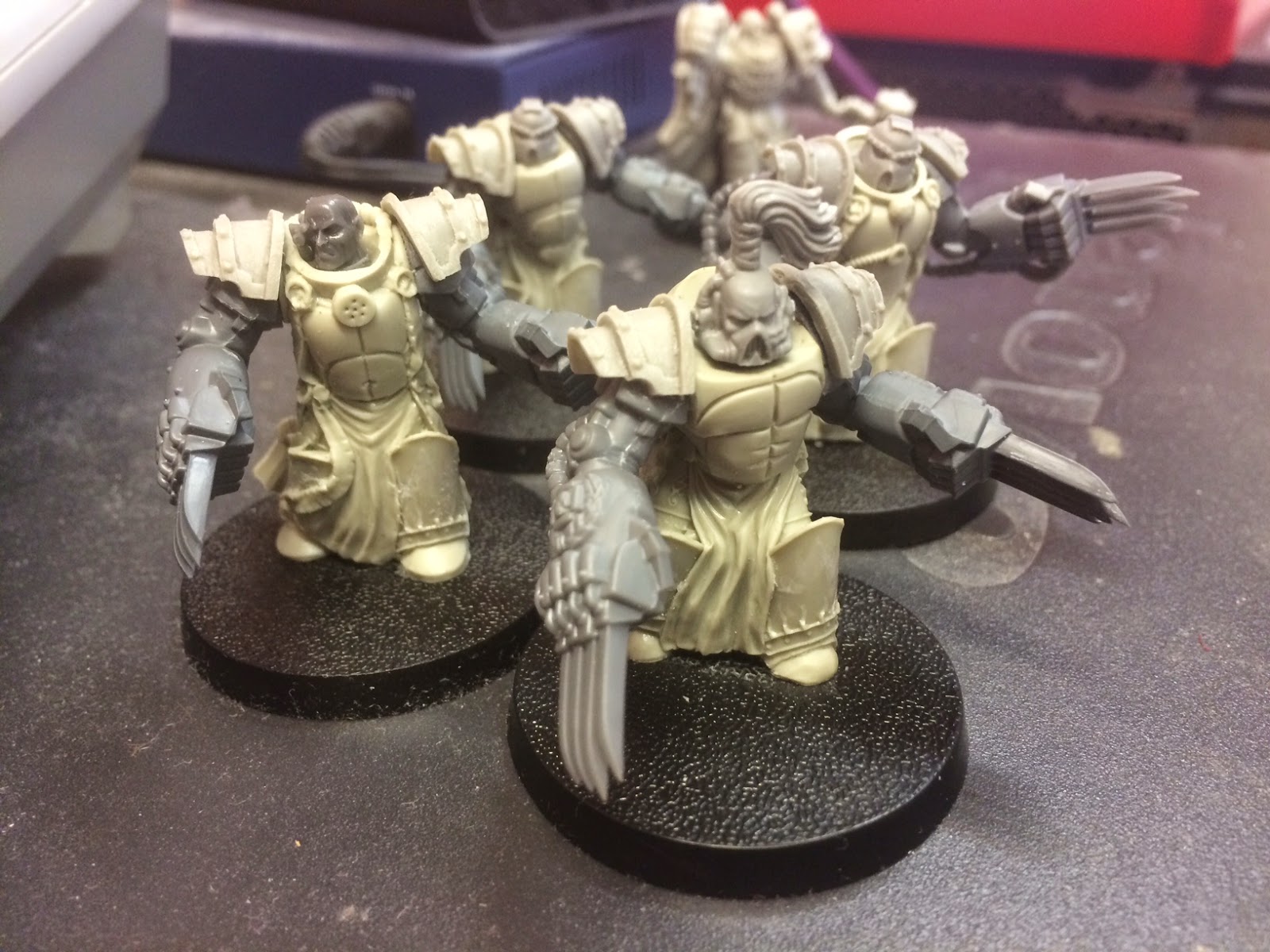 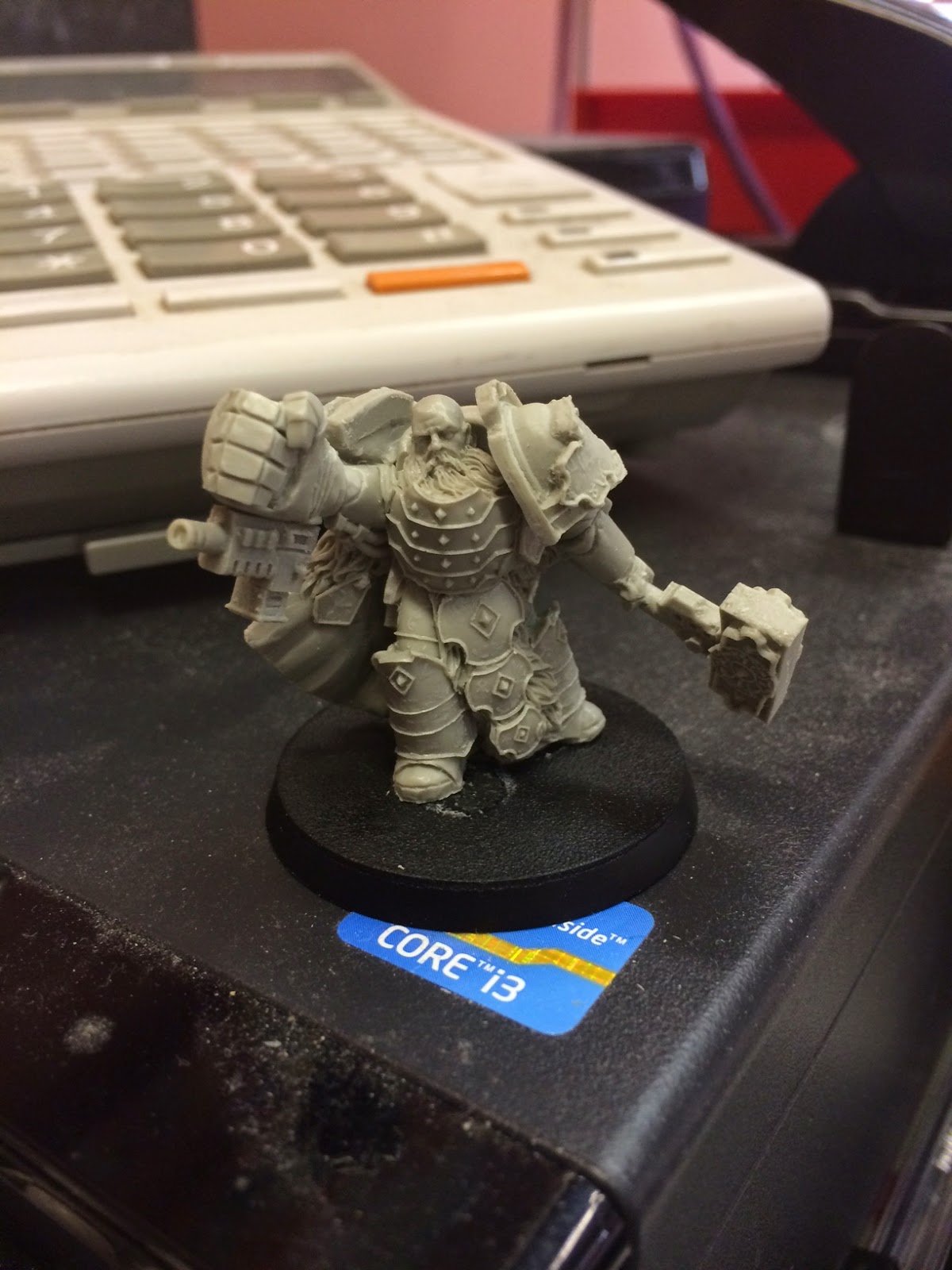 I should end up with:

Along with two heroic looking Scibor characters in Terminator armour and that should be more than plenty! ;-)

After the marines and the terminators I shall be back onto some more Mechanicum stuff and the vehicles for the Iron Hands. Much still to do!

Good luck with this project; I will be watching with interest. :)

nice combo there my friend