So, I finally got myself organised and started up Pulp Alley. After a tester game to work out the rules, we leapt straight into a sci-fi version of the Perilous Island campaign with "Hidalgo Fire".
Both crews were trying to grab lady Elaine, who was on a dig in some ruins on the planet Hidalgo..... 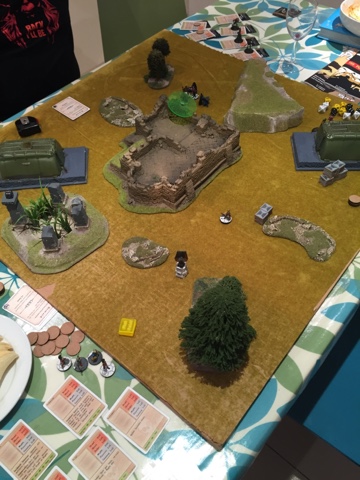 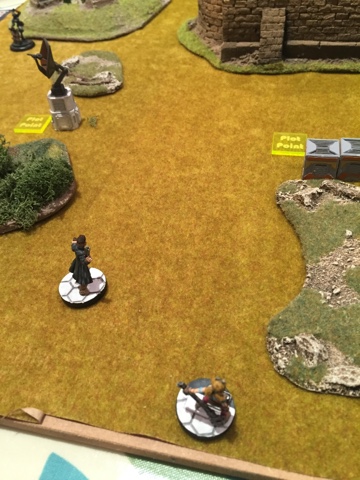 Taelor, on the other hand, went straight for Lady Elaine! 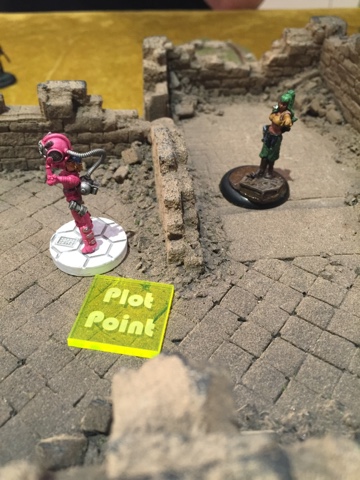 Plenty of fighting around the edges of the ruin 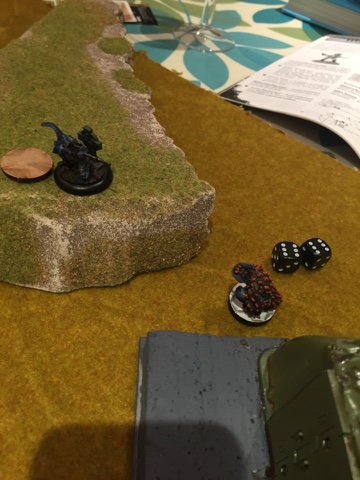 These two would embarrass themselves by ineffectually bothering each other for 4 turns...... But the fighting on the other side was far more telling! See the downed people at the back..... 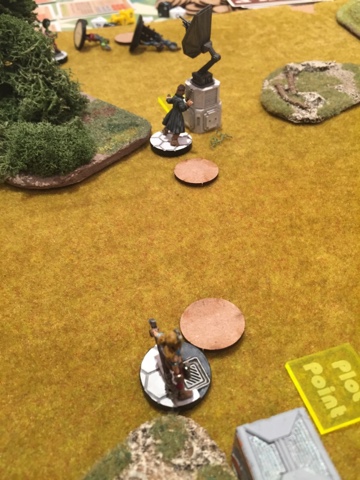 Taelor as leader had a rough challenge to pass 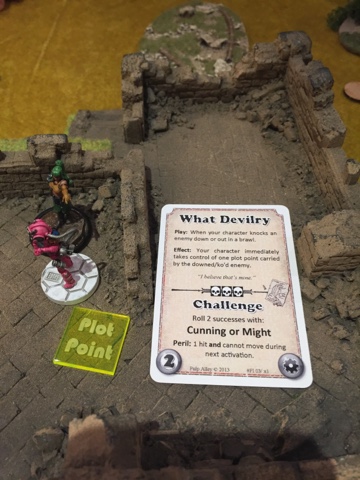 She failed, Lady Elaine tried to run, but ended up charging towards the nefarious space merc's lines and was captured next turn!
Meanwhile, Von Schill (at the back) steamed towards the butler trying to protect Lady Elaine, shooting one of the bombshell crew and grabbing him after passing 3 (admittedly easy) challenges in a row! 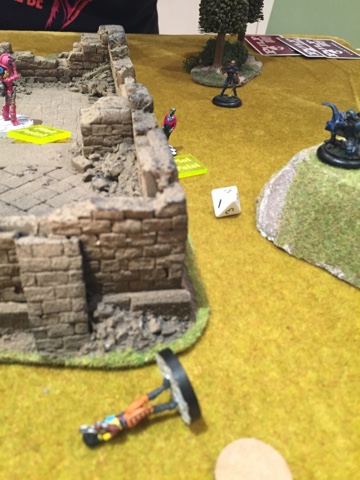 Seeing this, the bombshell beast decided to leave the ineffective combat and ran into combat to try to knock Von Schill over..... 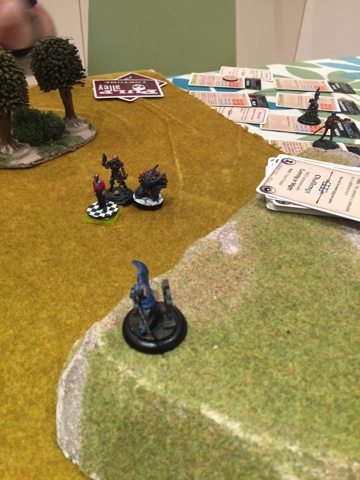 ..... And succeeded in knocking both of them down! The plot point was out again. 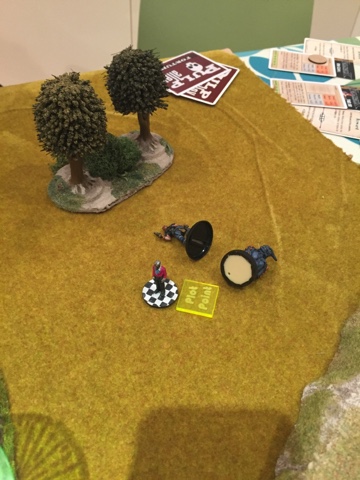 Maelee the mechanic took the opportunity to grab a plot point by rummaging through Lady Elaine's luggage, making up for her embarrassing failure to craft any gear before the game by getting no successes on 4d8! On the other side, the Ilyrian agent got up and then got shot again! 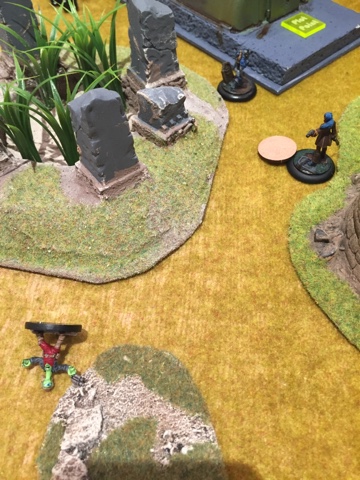 So in piled the leader of the crew to try to decode the electronic lock on Lady Elaine's tent (no jokes at the back please!), elbowing aside a member of the space mercs in the process, knocking him out. 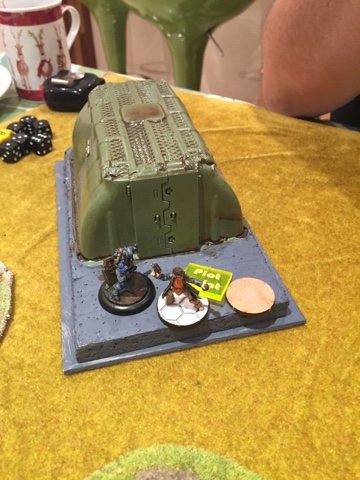 Things then got very hectic on the other side as everyone seemed to get knocked down, back up and down whilst trying to grab the last objective! 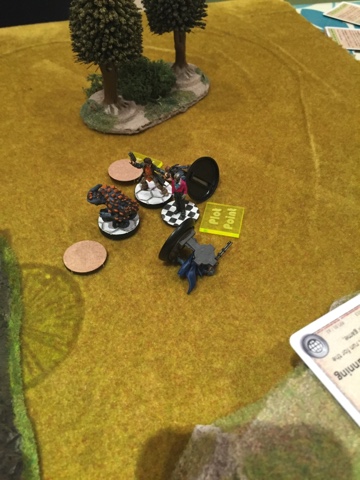 At this point, Taelor decided that discretion was definitely the better part of valour..... Hiding in the corner with her prize. 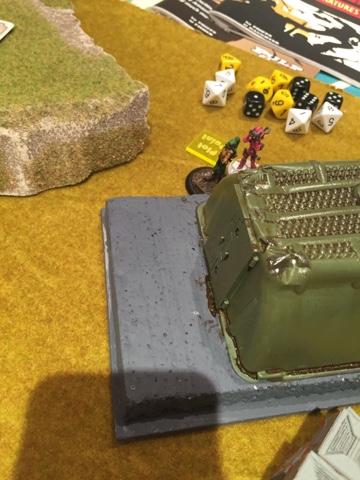 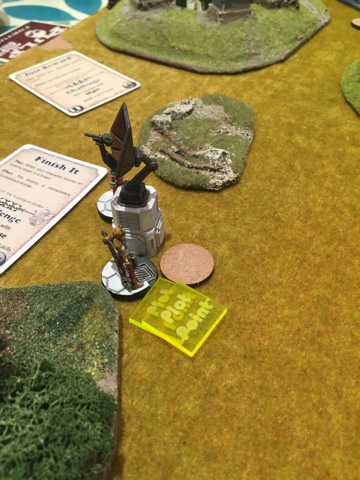 The leader of the bombshell crew tried to get the butler...... Passing the first challenge...... 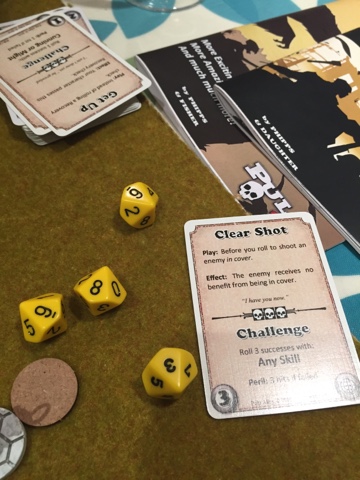 But then failed the plot point challenge! No picture as I was too devastated to remember to take one..... 😉
As that was the last turn, the game was over. Taelor had captured Lady Elaine, the major plot point (worth 3 points) and the Bombshell crew had three minor plot points - Lady Elaine's luggage and tent had been rifled through and her private comms downloaded (who said space crews have no morals!) - and as they were worth 1 point each, honours were even.
Bit of a frantic battle report, but hopefully it captured the essence of Pulp Alley which has some very elegant rules to use almost any miniatures you want to. Next up, Tarlor is planning to get Lady Elaine off world whilst the Bombshell crew tries to stop them.... So stay tuned!
Posted by JamieM

FANTASTIC! Thanks for playing and sharing Pulp Alley.

This is brilliant, and I love your selection of minis.