Flames of War Soviets and some Rogue Trader

So, I'm currently participating in the Analogue Hobbies Painting Challenge as I find being awarded points from the Internet for getting things done whilst posting to a blog filled with people doing the same really, really helps me to get stuff done.
I have no idea why, it just does!
As my grand painting plans were taking a while to get finished, I decided to try to do some things that have been hanging around that should be quick. The fruits of this endeavour were some flames of war soviets.
First up, some scouts which I've made more interesting by adding some German prisoners, made by Peter Pig 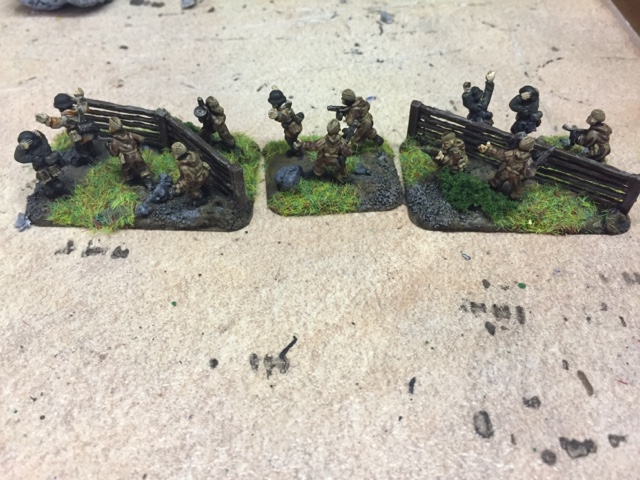 Close up of one of the bases 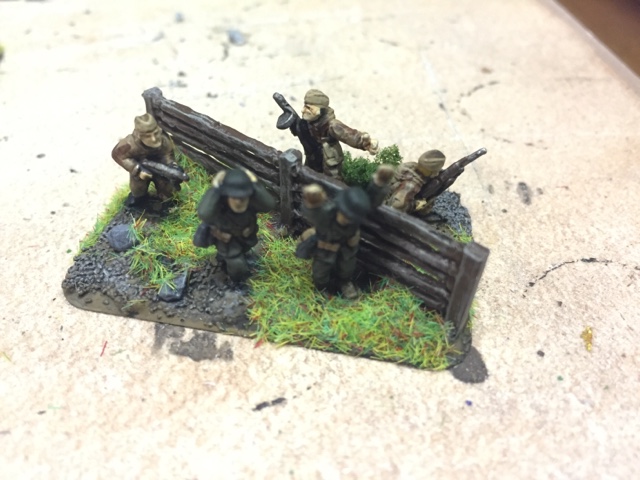 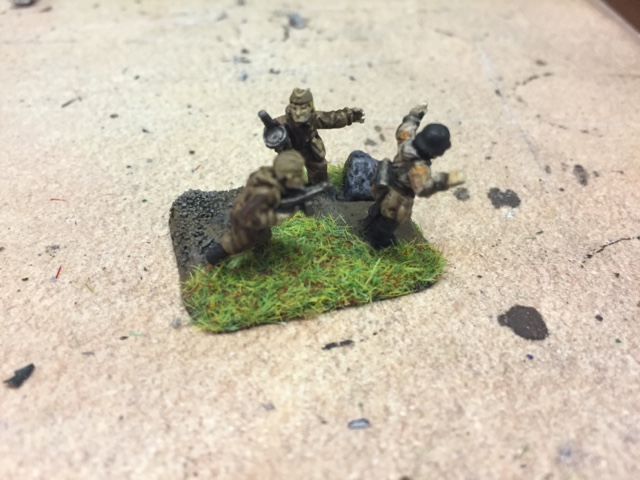 To keep with the recce theme, some BA-64s 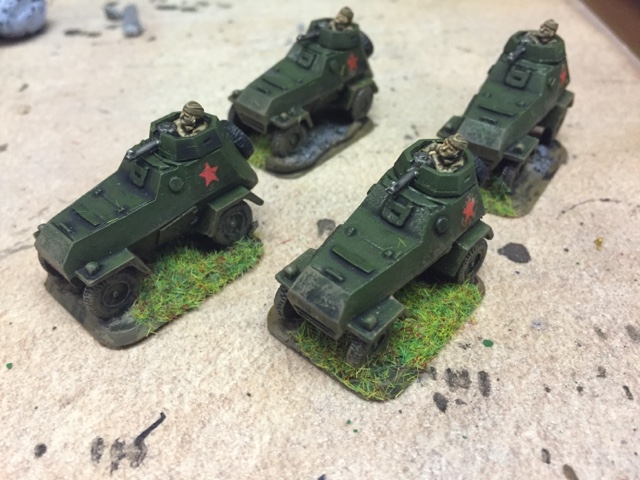 I added decals for a bit of visual interest given the Soviet approach to adding markings was a bit hit-and-miss as far as I can tell. 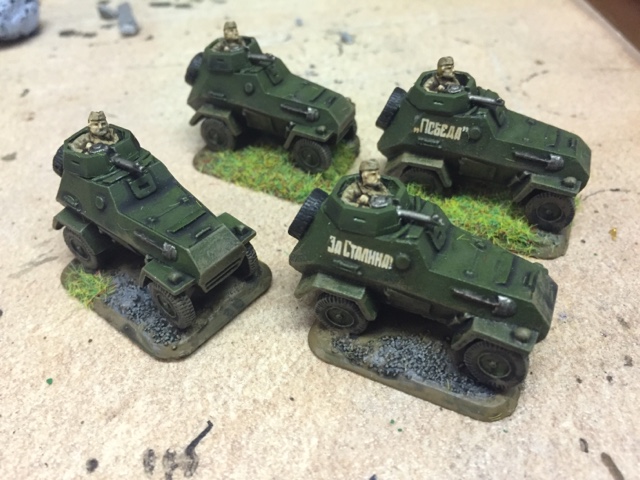 The challenge also include themed rounds with extra points (I know!) for painting things that match the theme. The first theme was "nostalgia", so I dig out these three chaps who were the first ever figures I bought for wargaming! 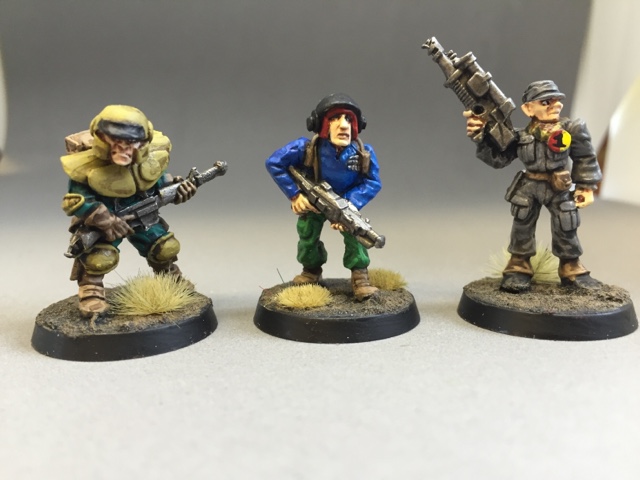 Rogue Trader sculpts and they were a joy to paint again as they'd been paint stripped a while ago. 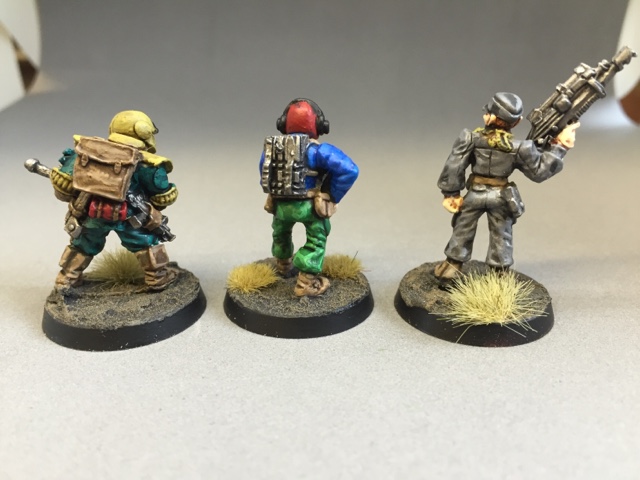 I doubt they'll see the table in a 40k game, but perhaps Pulp Alley or similar at some point.
I'll hopefully be posting a fair bit more as the challenge really works to get me painting!
Posted by JamieM