I have officially started my Wordbearers! Ever since the classic RTB01 "beaky" boxed set was released in the mid eighties I've really liked that mark of armour (Mark VI). Not much chance of getting plenty of them together (GW scatters parts around other boxed sets) until a lucky chance allowed me to get these together: 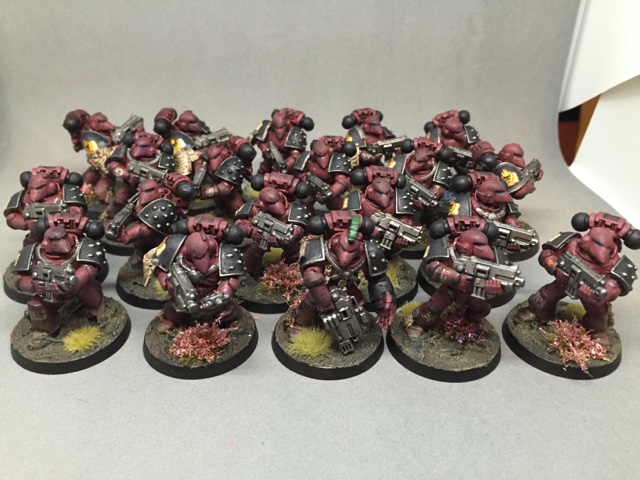 What was the lucky chance? A box of discarded, badly painted figures from my brother that used to belong to his brother-in-law 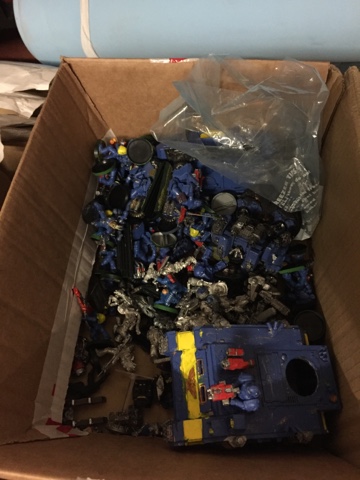 Looking through the many marines I realised that there were a lot of Mark VI legs and so with some body swaps, they use of the betrayal at Calth boxed set for arms, guns and the iconic studded shoulder pad, I had my unit of 20! 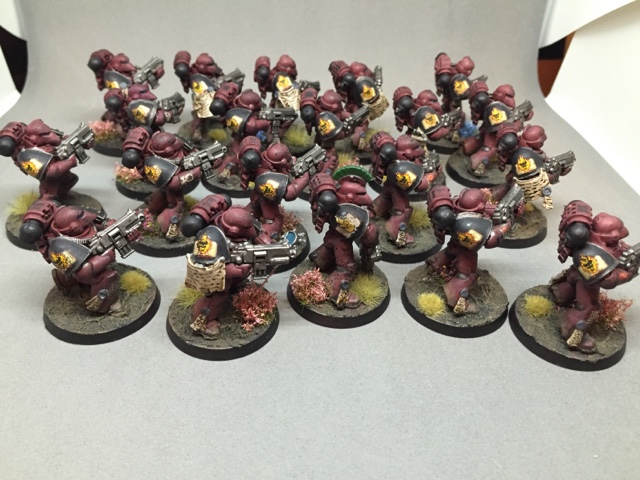 Red armour all round to show they are from just after the Isstvan V drop site massacre.
Next up was some support, from the betrayal at Calth set again - plasma gunners: 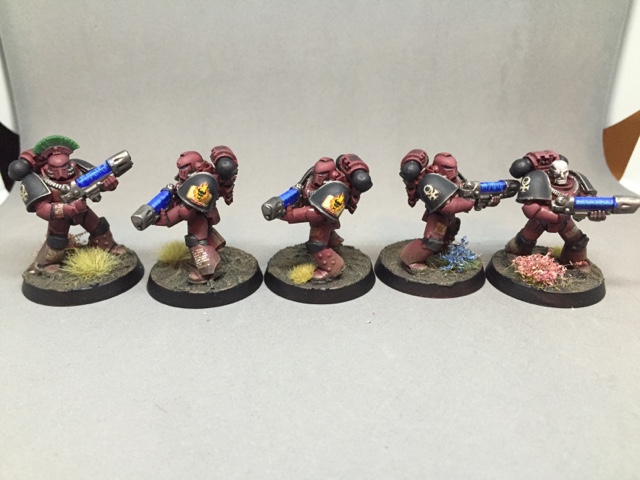 And an auto cannon support team. I've never liked the heavy bolter as a weapon, so I swapped them by adding barrels from heavy stubbers: 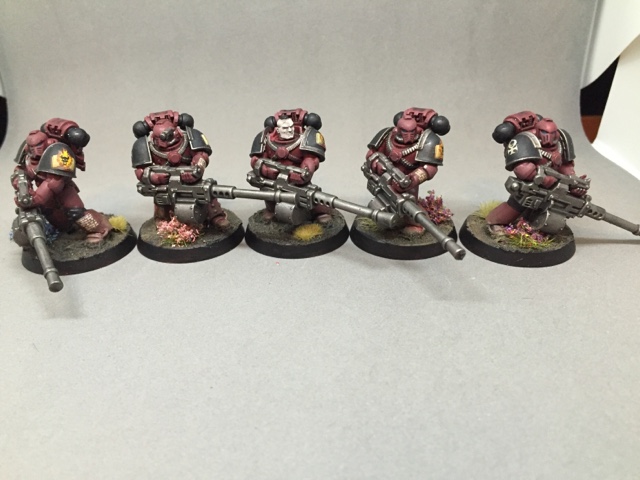 Loads of decals on these boys for religious iconography 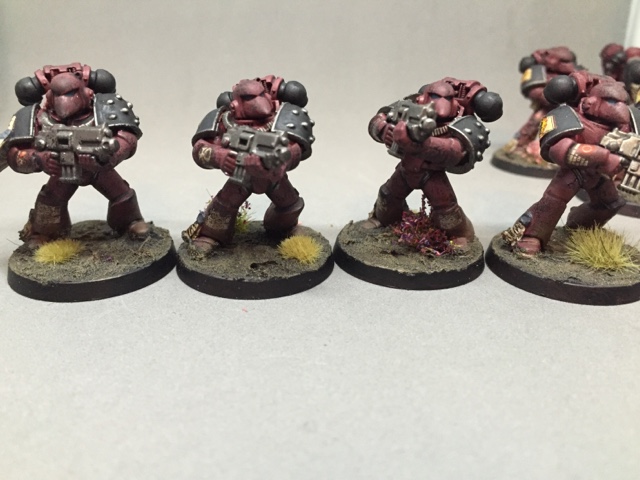 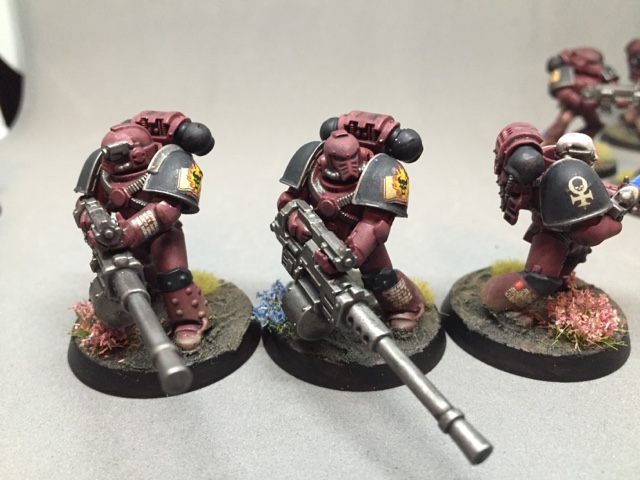 Last up, two contemptor dreadnoughts to give more support. Head swap on one as they've changed the head to look like a daemon, weapon chop and swap to get double assault cannons on one and a torso twist in the other and here they are: 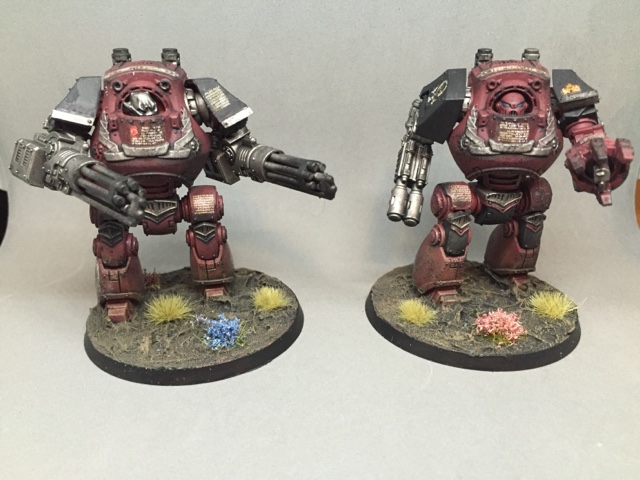 Onwards and upwards to get these into being a playable force on the tabletop!
Posted by JamieM

How much have you painted!?!

Feeling much shame now that I have been so veryyyyy unproductive lately.

They are looking great tho' mate!!!

I am out of GW since a few years, but these make me feel nostalgic. :)