With these last few figures I have finally finished the 365!
The troglodyte set was a quick paint job as I didn’t want to spend too long doing them. I opted to use dry-brushing to complete as much as I can. 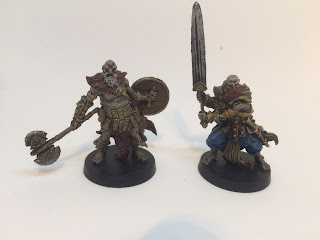 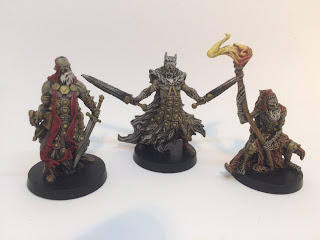 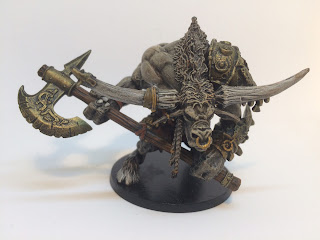 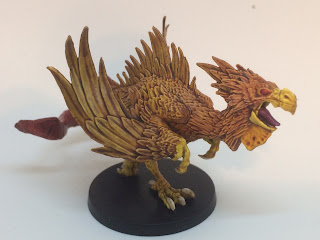 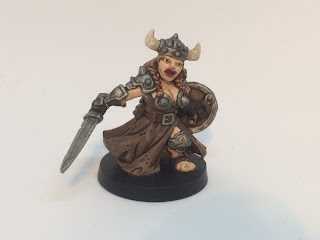 Dwarf Heroine. She is a bit odd this one. Quite cartoony, more so than the other heroes I think. 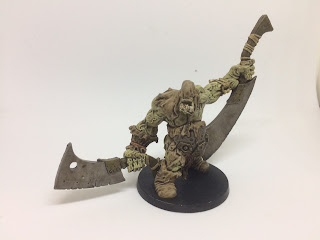 Lord Tusk.
I wish I’d used a more contrasting colour for his clothing now as it doesn’t stand out very well against his skin colour.

Completed this year was:

A pretty good total but not a wholly accurate summation of what I have done hobby-wise this year. On top of the above I constructed and painted two Spartan Scenery box sets to create the sizeable Anphelion Base. I’ve also almost finished the Spartan 28mm Space Ship (I really should finish that).
As well as all that I also made some Epic woods and a set of blast markers and prepped a shed load of figures such as all the Primaris Marines from the new box set. And, as always I’ve put together a load of MDF kits. Man….I love the MDF.

What is good about the list above is what it represents; sizable changes to the nature of the painting queue. It was good to make some solid progress on the 30K stuff and the 40K items had been hanging around so it was good to get them finished. Clearing the Spartan Scenics after all this time was pretty cathartic as well.

2017 has been a damned good year for painting and hobbying and not too shabby on the playing side either. I’ve slipped on the games blog posts but I crossed the 52 game point some time ago. I think that this year’s tally will end up being in the 70-75 region. That is good but it also represents an effort to play multiple missions and experience more of some of the smaller games we play.

With a month left of the year I’m planning to progress the DL on Mars project, draw together what is needed to get the Pulp City stuff to where I want it to be and to get the Primaris Marines done.

2018’s objectives are all about getting DL and PC to the table in a complete form. It seems now that DL will have a different rules set but it will be good to have the figures out and in use after sitting idle for soooo long. If Warcradle do something with DL as well is DW it could be great to see these forces expand with new releases. I’m quietly hopeful on that!

Lots to look forward to especially the continuation of the Aeronef project!

Wow! I love these and remind that I was going to paint mine before too long.