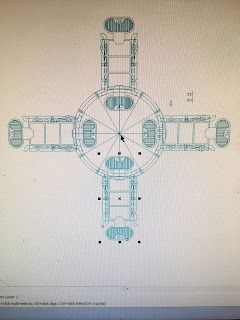 After designing the submarine last year my thoughts had moved back to a concept that had been rolling around my noggin for a time.

I’d been think about a set of walkways, mostly inspired by Star Wars, could be interconnected and had additional pieces to add flavour to the set. Now walkways have been done plenty of times before so I wanted to do something that made the set different.

I toyed with the idea for a while until my first eureka moment which was when I cottoned onto the idea that the joins could be handled using a ‘jigsaw’ piece connection that was echoed throughout the set. So I merrily came up with an interface and proceeded to try and create the walkways that would be the constituent parts of the set.

Whilst drawing up the intial walkways themselves I bumped into the question of hand rails. Now the Star Wars setting isn’t always particularly strong on handrails as they seem to hamper the leaping and fighting for the Jedi and their enemies. However I wanted them because it wasn’t just going to be for Star Wars Legion, I wanted it to have a wider sci-fi use.

Then I had the second eureka moment when I ended up handling how to interface the handrails between pieces. It became apparent that they needed to marry up and be inter-connectable like the jigsaw connections for the main body of the walkways.

After quite a bit of jiggery and swearing I finally managed to get a working design and merrily set about design the rest of the set. Two weeks later and it was done and I was excited to get them into production…..which for a variety of reasons hasn’t happened until this year. 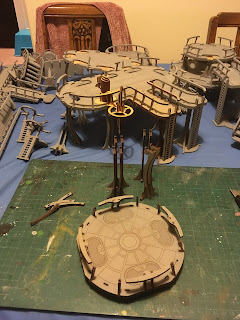 I’m pretty happy how they have turned out. The kind folks at Blotz made some, in hindsight, very sensible tweaks regarding the height which has finished off the set just right.

Given how busy they are at Blotz getting ready for Salute I offered to paint up the set for the stall. Couldn’t wait to get my mitts on it! 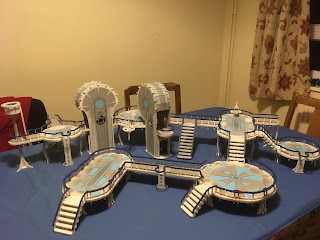 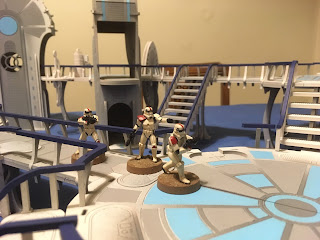 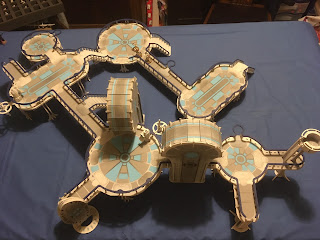 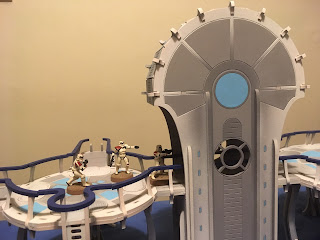 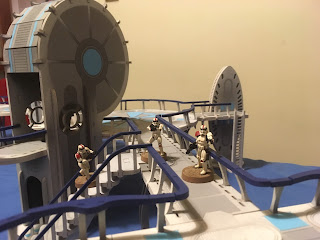 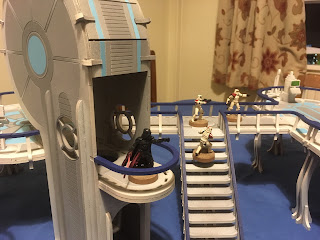 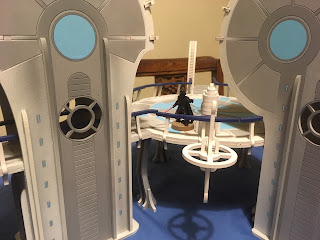 I’m really pleased with it! Now to see what people make of it at Salute!

Tally up to 68!
Posted by Eddy Artillery