Back in the 40K groove

So whilst the 'fox is flip flopping between different forces to do next, I thought I would leap on in there and bring my half finished Grek Knights off the shelf.  Now, they were half finished about 3 years ago and so a bit of dusting has had to be done.  Also, and annoyingly, it would appear that I had inadvertantly used a silver enamel spray to undercoat the figures. This has caused me one or two issues so far, but I am getting there is curing the problem.

So first things first, I updated the key parts of the force with 2 must haves, a Storm Raven (now with turret fitted properly) and the DreadKnight.  I used the airbrush shading technique for the sword which has come out very well indeed. 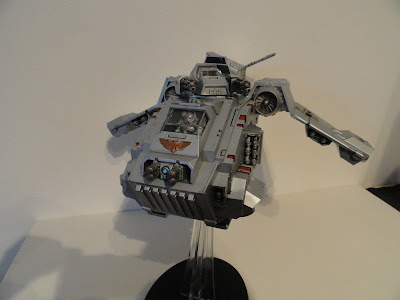 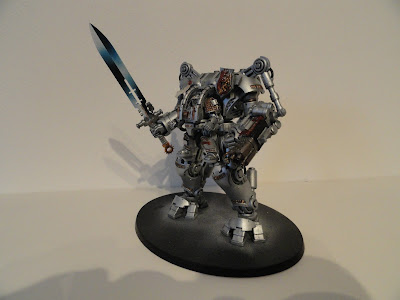 Also, having read the codex, I love the idea of the dead Terminators coming back to life to defend their old boss, Grand Master Mordrak.  So I have got some of the old metal terminators done to fulfill that role.  I have acquired some new plastic ones to take their place in the troops section of the force.  Mordrak is on the painting table now.  I did try a black and silver half and half finish on one of them, but in all honesty, it look atrocious.  So white and green wash for a classic LotR Army of the Dead finish. 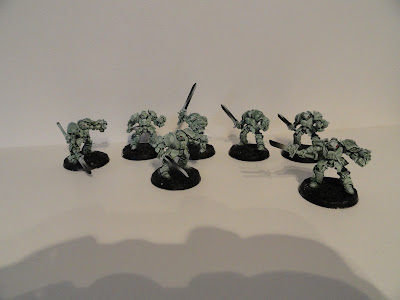 Very nice all around. :)