LET'S GET READY TO RUUUUUUMBLLLLLLLLE!!!!

"Hi, I'm Bob Johnson"
"And I'm Jon Bobson, and welcome to the start of the dreadball season folks!"
"Well, thanks to the magical opening ceremony that errrrrr..... Over-ran a little...."
"But wasn't the wardrobe malfunction a thing of beauty to see Bob?"
"It was Jon, that's why we all love slightly fading intergalactic megastars trying to get more attention by getting themselves naked"
"Anyway Bob, we the opening game was on ISPN2 and what a game it was - here's a still from the game" 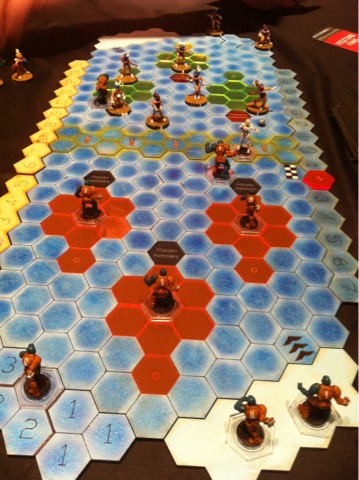 "Indeed it was Jon, the nuka-cola neutrinos got a quick couple of 2 point strikes and killed 2 of the Maiden Hammer Jacks"
"Wow Bob, surely there was no coming back from that"
"You would think that Jon..... But those plucky bunny girls scored a 3 pointer and then after the neutrinos missed a 4 point attempt they narrowly missed the chance to win when one of their strikers fluffed a catch in their final rush"
"Wow-ee Bob, what a game!"
"And what a game from the neutrino Guard Vin-ee Jo'ones who killed 2 opposing players and mashed another one for a 3 turn injury"
"How do the Maiden Hammers come back from those injuries Bob?"
"We'll find out real quick Jon as we join their game against the West Side Wasps in progress with the Maiden Hammers 2-0 up..... And another Jack killed in a stroke of horrendous luck!"
"AND THE Z'ZOR HAVE JUST MISSED A 4 POINT ATTEMPT IN RUSH 7! So with no further ado, we'll go to the game....." 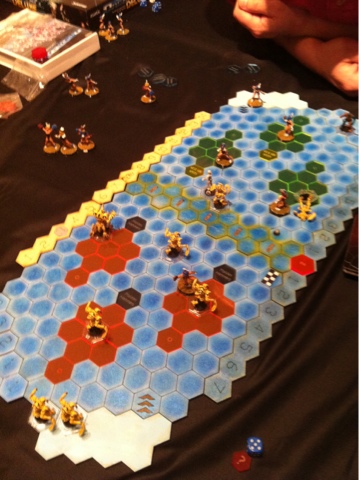 Yeap Dreadball has well and truly got its hooks into the GoGs!!