So, I bought these planes for FoW really quite early on in my playing days. I just never got around to painting them.  Perhaps it was the fact that there were three planes in the packs and I couldn't face it.  Perhaps it was the fact that they were notoriously bad at taking paint as apparently battlefront used a different resin for them to that they used for their tanks. Or perhaps it was my massive paint queue :)
Anyway, they live right at the top of my storage boxes and so always appeared when I played to shame me (I keep my other unpainted stuff as close to the bottom as I can to avoid this) so I decided to just get on with it as the new FoW rules mean you only need one plane to represent the flight on the tabletop.
So here they are, a Stuka, an HS-129B3 (with the MASSIVE GUN) and a shturmovik. Now I just need to resist the urge to tie invisible thread around them and hang them from my ceiling :) 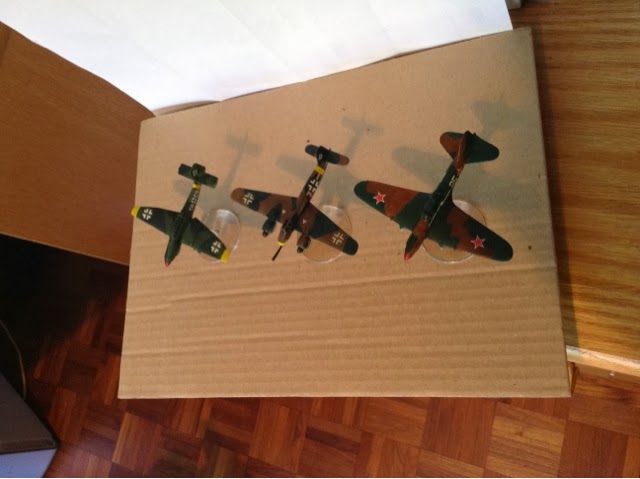 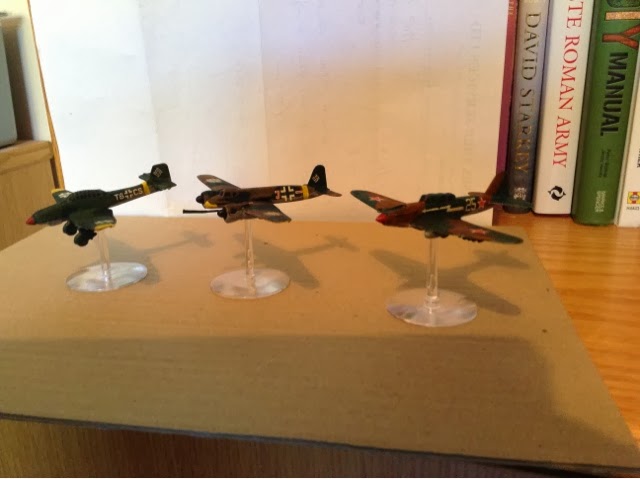 It is always nice to get a long-stalled project out of the way - well done on the painting and the fact they are painted. :)