..but still plugging away.

I took a time out from painting terrain to put together some MKiii armour to make sure that they were ready in the wings for the 365 painting challenge.

A couple of Nights and some extra ebay'd heavy weapons and thirty more marines are ready to join Horus's forces. These are going to be Iron Warriors as that force needs bolstering. 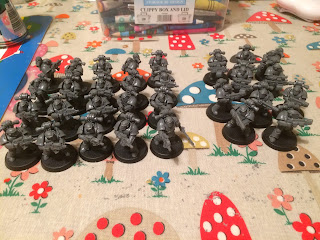 Finished on the painting table were the containers from the TTCombat merchant ship set. Simple straight forward paint job. Photo doesn't show up the weathering particulary well but they've been suitably battered as is the life of one of these things. 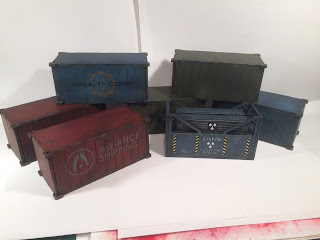 There's been an increasing amount of AoS talk between the GoGs and it has reenergised me to get the Seraphon painted. The skinks are almost finished so I'm going to push to get them don. I had been saving the Saurus to be part of the 365 in 2017 but I have more than enough figures for that so it would be good to get them done in December if possible. 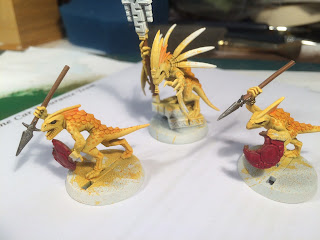 Since that photo they've had army painter dip applied and Matt varnish. 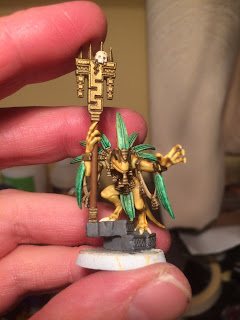 Quandary is now....do I finish the skinks bases off or paint the next tranche and base them all together. Hmmm...choices choices.

And there I was thinking that your recent bout of productivity had come to an end.