May the 4th be with you

So like the rest of us I get distracted by new projects and a few of the GoGs and I have been battling to avoid Star Wars Legions since it came out.  Whilst trying to crack on with my three GoGX armies and my 30k Luna Wolves Eddie and I took a night off and went to see the new Marvel movie. The film was great but the trailer for the new Solo film got the juices going and then realising the date today I really had no choice but to do something Star Wars related.

Now this was an idea I had back when White Dwarf 93 came out, I remember being enthralled by 40k but also thinking why can't they just do a Star Wars wargame. I decided to make my own little shuttle for some space pirates and got as far as painting it black.... 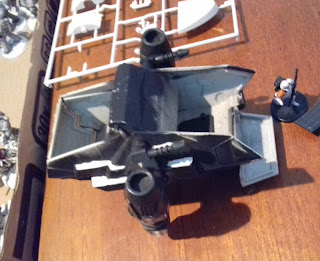 This is one of the Star Wars Mini Rig toys by Kenner which I've had since they were released. They weren't in the films but some of them have made it into the animated shows Droids and Rebels.

So 31 years on its time to finish a project. A turret from a bargain bin at some stall at Reading Warfare which I paid about a pound for and a few bits of plasticard to close off the crew compartments. 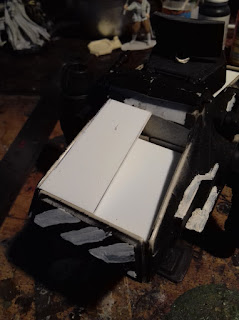 Some mould lines filed down, barrels drilled out and a primer coat 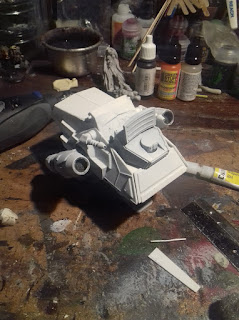 Now what colour to paint it? 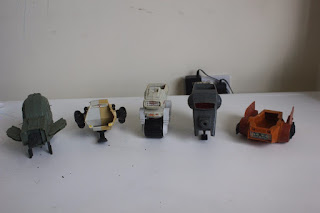 Wonderful! I remember those minirigs and great to see you breathing new live into them.

Looks like we'll be getting legions soon then.
;-D

I'll have a word with the bank manager then as Legions is looking like a when rather than an if!!