I've been continuing to collect the Spartan Dystopian Wars stuff long after the GoGs dalliance with DW Naval a few years back. It speaks to me as a genre and I think I've always had a hankering to play a game with lots of iddy biddy tanks. DW has it and also zeppelins and giant robots. Really.....what more could you ask for?

I came to the conclusion that this was going to be a long slow boiling project for me and as such I have been adding to the collection slowly when ever I have seen the stuff on sale at discount prices. Wayland Games, slow and a bit crap as they are, have had several sales with the DW stuff being discounted quite heavily. I have taken advantage of this more than once! ;-)

Last summer I started basing and undercoating Kingdom of Britannia forces and moved purchasing away from them and on to the Prussians as the secondary force. Last week some recent purchases arrived (eventually) from Wayland and as I added them to the Prussian pile I made the realisation that....... 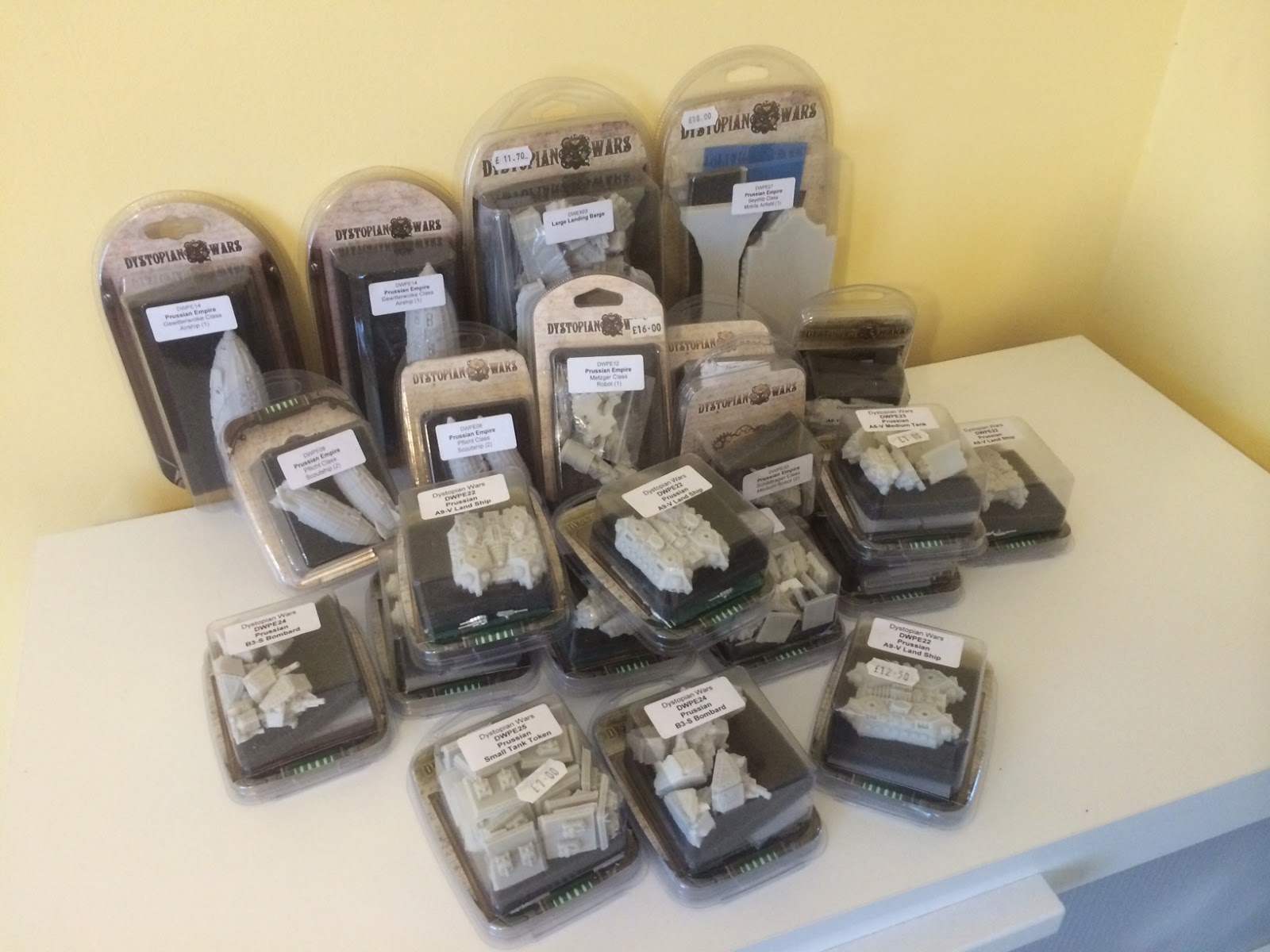 ..........I seem to have brought quite a lot for the Prussians. So much so that I now think they outnumber the plucky Brits!!! Only one answer to that! 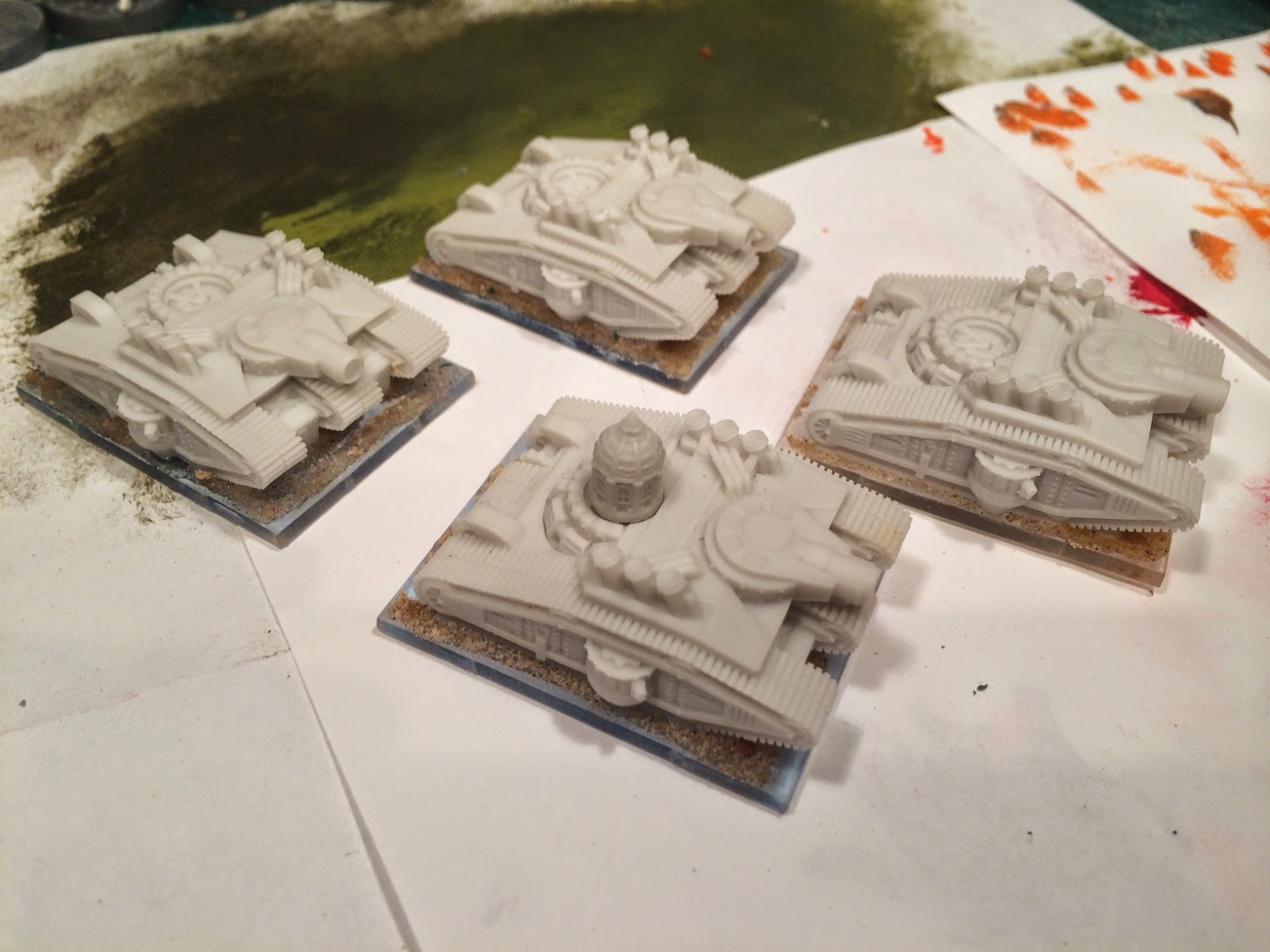 I'd already brought some Steward tanks when Armoured Clash was launched and it struck me that I should get these ready to be painted with the rest of the prepared stuff. A quick job and after a squirt of white undercoat they will be ready to join the rest of the Kob in the painting queue. But a couple of Stewards is not going to be enough to face the Prussians!! So that'll be me keeping my Ebay eye on KoB stuff to slowly bolster the ranks.

You never know. I might get round to painting some of this stuff........one day.

Wayland games have 60% off on some starter sets, damn you for making me look

I've got more than enough for the two of us already!!