The Path to Heresy

Well the GoGs have tipped over the edge into insanity once more.

Yup. We let our heads get turned by 30K. War during the Horus Heresy Era.

What's not to like? It is all the fluff we fell in love with all those years back with White Dwarf (when it was good) articles dripping in short stories with marines fighting marines, brother warring against brother with titans stomping Land Raiders in the back ground.

However.......the HH stuff ain't exactly cheap so I've decided to be as frugal as possible as I construct my Iron Hands. With this in mind I have been on recce sniffing out possible cheaper alternatives. Part of me wanted to go for the older 30K feel so plastic current marines are out but I came across Anvil Industries website and their Medieval range of figures struck me as being perfect.

Hats off to Anvil. Good product, good price and excellent service! I was missing something from the order when it arrived and I sent an email that afternoon and by morning they had responded and by lunchtime I had the missing pieces. Excellent service! 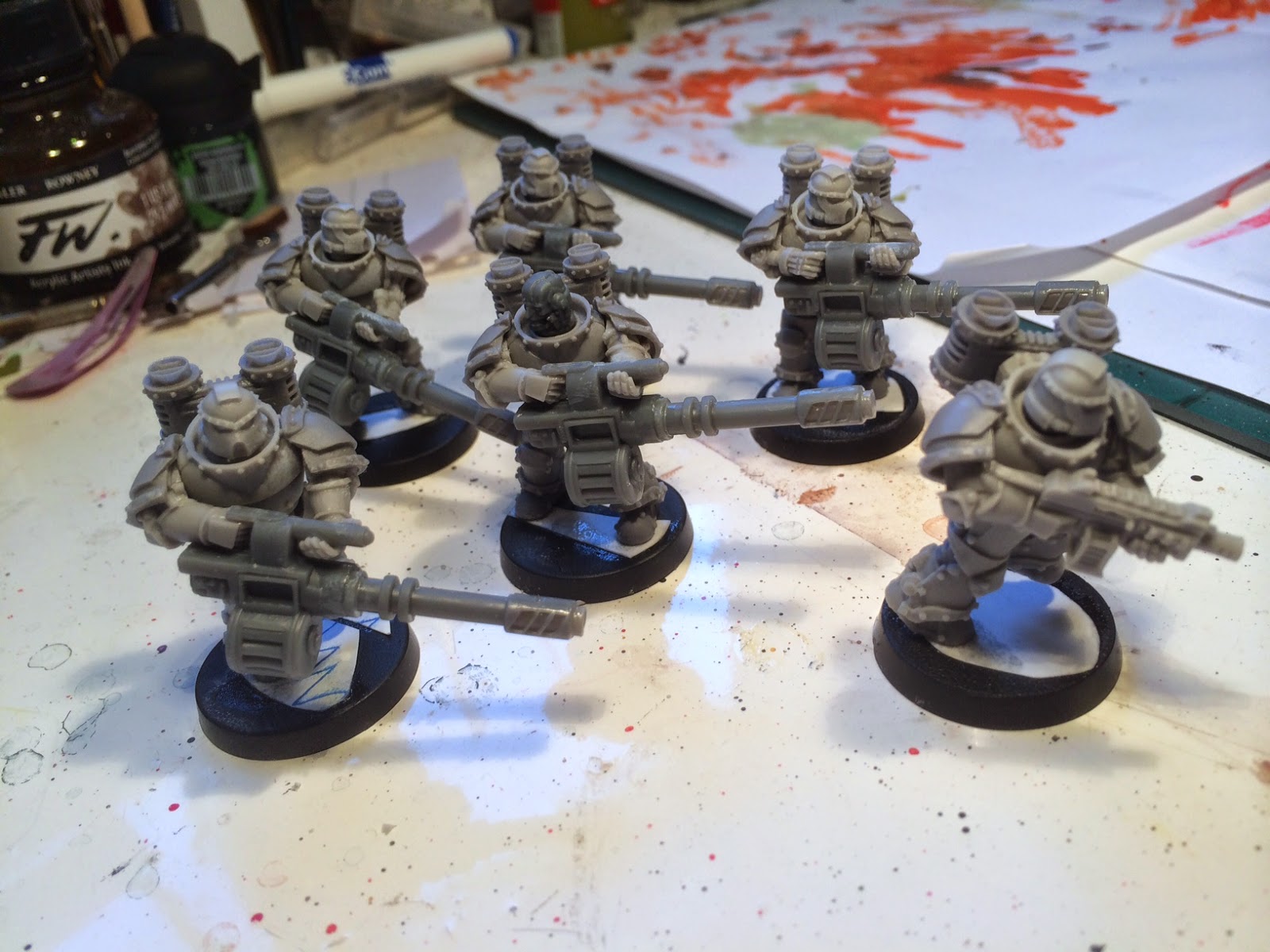 So I have started putting these little fellas together with the first five being an autocannon squad using heavy weapons from PDC Gamings 2013 KS campaign. I also got one or their gun carriages which I have the distinct impression might well turn into a rapier quad lascannon. The next tranche of Anvil stuff is going together now to form a twenty strong infantry squad. The last five I suspect will become another support squad with grav guns or volkite calivers.

I have twenty five Scibor armoured bodies as well which will become Gorgon terminators and a massive breacher squad. With the inclusion of my original beakies repainted I should have plenty of troops to be going on with. I still need to do some homemade iconography but I can slap those on afterwards. For now I just need to scratch the builders itch by getting these guys put together.

Vehicles wise, I already have two old rhinos and an old whirlwind/predator chassis ready to tweak and paint so it comes down to what big tankies do I want to build for myself and how do I go about that? We shall see!

I had a similar view but with some sharp ebaying and a lot of research I am converting a load of Forgeworld legs with plastic bodies and customised shoulder pads with the huge amount of umbra pattern bolters I have, no need for helmets they are heavily armoured marines after all. which means that the first squad of "Lunar Sons of Horus Wolves" cost about £2 each leaving me money for a squad of Justaerin Terminators.

Nice, and the sons of horus are a great thematic army, which does not have any real limitations on what to take, as Horus used every tactic.

The iron hands will make a strong enemy!