As it says in the title, painting complete (well, nearly....) on the really rather nice silver tower figures. First up, the Kairic Acolytes 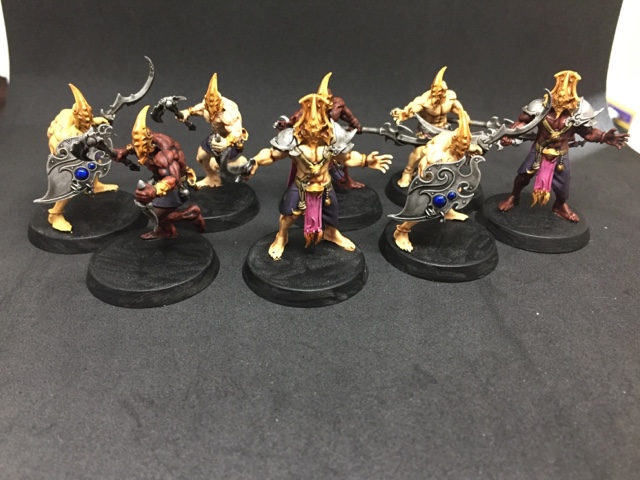 Basic cannon fodder in the dungeon, the "gifts" of tzeentch are staring to mutate these chaps 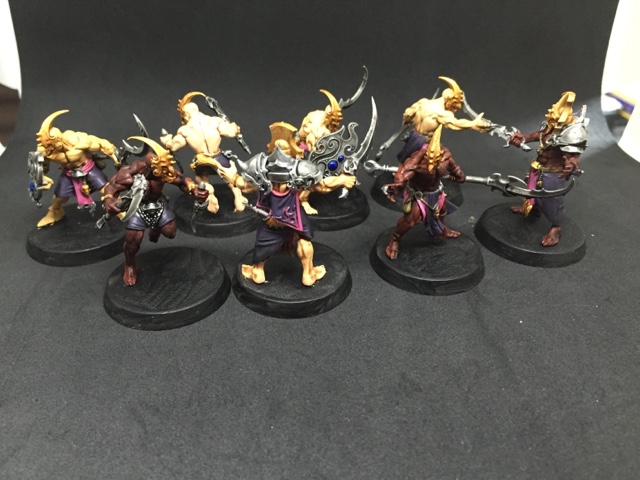 Next up are the heroes. Four out of the six in the box painted. I can't work up the energy to do the storm cast chap as yet and the Darkoath chieftain is at the Silverbacks house after he promised to paint him three weeks ago ;) 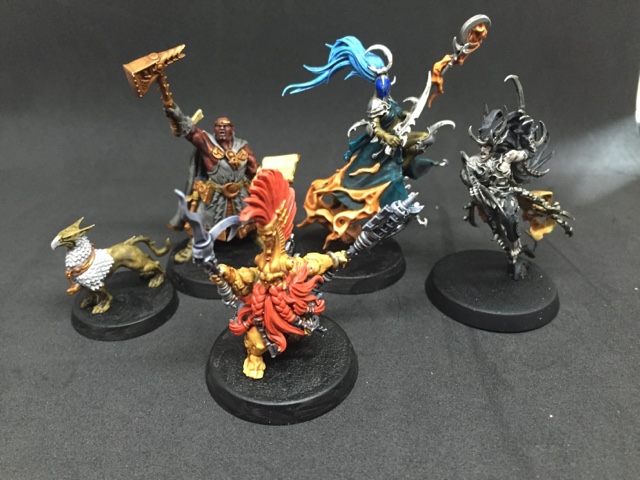 These are plenty for us to use, especially as we've started using the expanded characters with people bringing their own figures 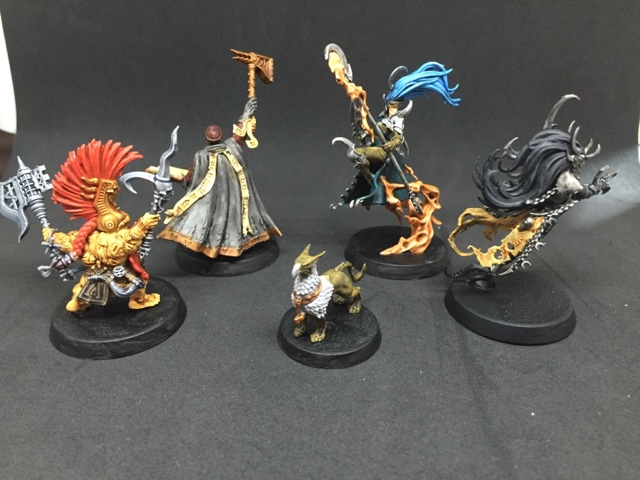 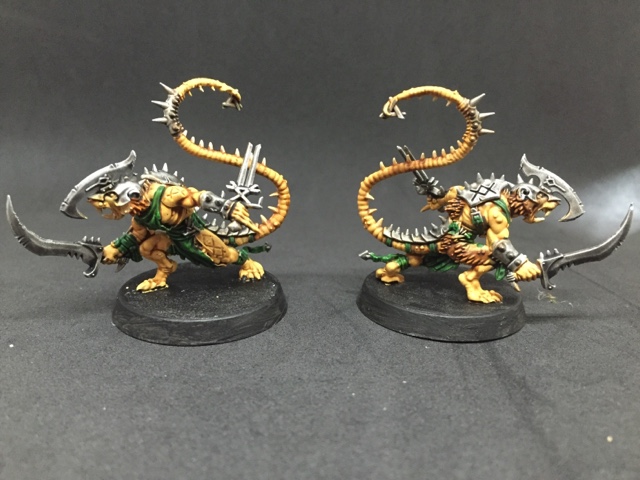 These two are actually one enemy who can replicate himself so you never know who is the real one and who is the illusion.....
And finally, the gaunt summoner and his little familiars 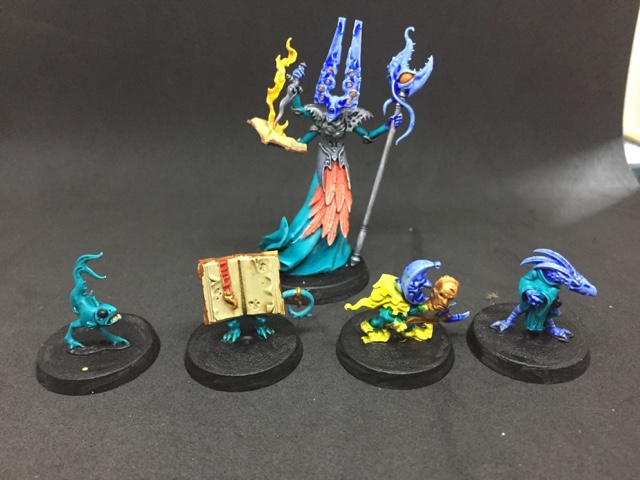 I tried to tie them together by using the same colours across them. 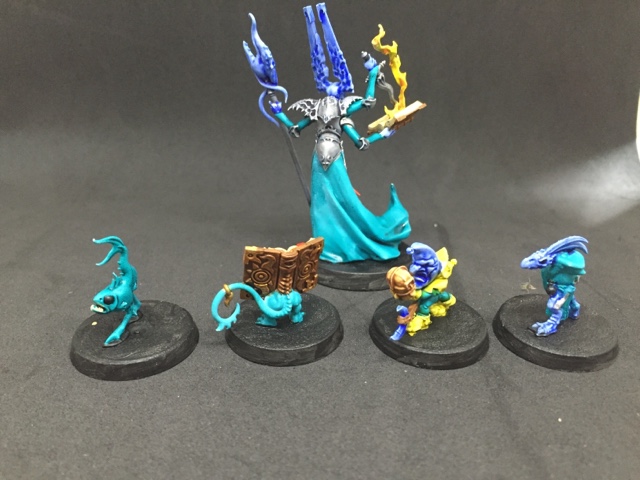 The game itself is great fun, an RPG lite that we don't have to plan too much for and its been really nice to have a clearly defined project to work on that has a decent amount of different miniatures in it (instead of 40 of the same models for a unit) that I've actually been able to get done!
Unfortunately the box isn't quite deep enough to fit the figures in a tray, but they do almost all fit in a tray, so that's not too bad. 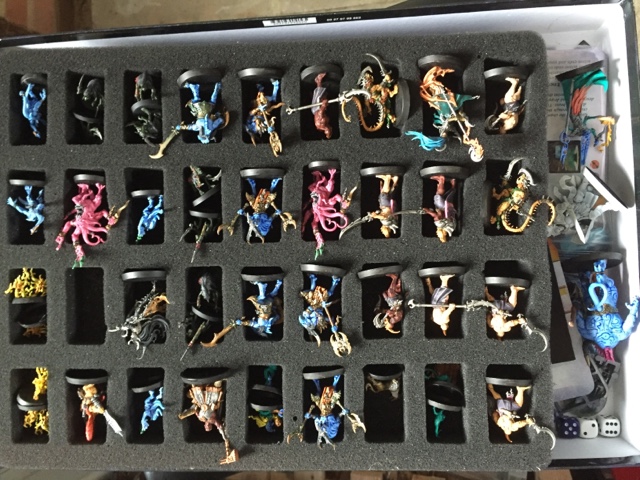 I am sure you guys will be enjoying plenty of dungeon-style gaming with that little lot. :)