The run of Epic games continued with Game 21 being a mash up between 2K points worth of Urn's Word Bearers (using the Black Legion list) and a combined force of Junta's Luna Wolves and my Iron Warriors. (using the Space Marine list) 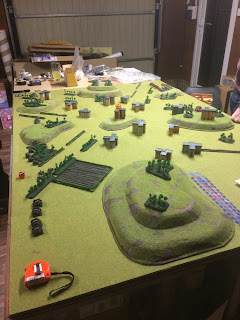 As we are new to the game we've kept the objectives simple with two objectives that have to be held a full round to win the game. 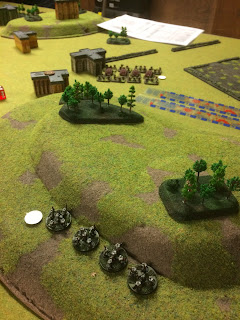 New units for us to try were Assaut Marines, Whirlwinds and Urn's Deamons. It all started fairly sedately with the Iron Warriors assault marines moving up on the right flank whilst the Word Bearers pushing forward on the left flank. 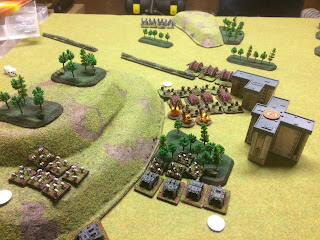 The Luna Wolves moved up to try and dent the chaos marines but their shooting was lackluster. 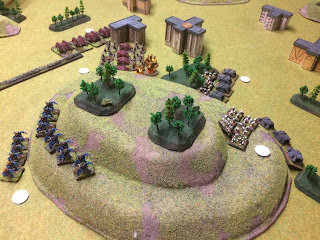 A chaos response was brewing behind the hill. 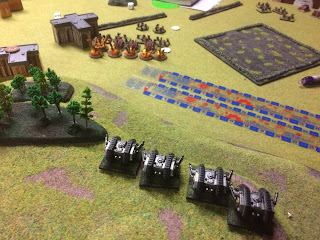 The right flank was fairing better with the Word Bearer's devastators taking a shock pummeling from the new Whirlwinds followed by fire from the advancing Iron Warrior Land Raiders. 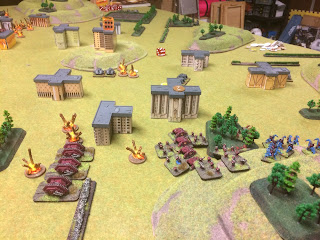 The left flank chaos counter attack was fairly decisive and horrible forcing the Luna Wolves away from the objective. Summoned daemons are nasty! 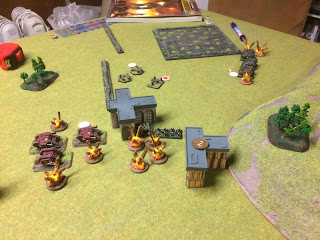 The situation on the right flank went rapidly down hill as the Iron Warriors Land Raiders could not shift there Word Bearer armour and the assault marines lost an assault with the Word Bearer Devastators. 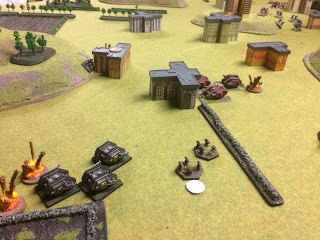 Desite having artillery support the right flank failed to hold their objective and even a last minute dash from a lone Luna Wolf Vindicator was not sufficient to stop the Word Bearers from taking the day. 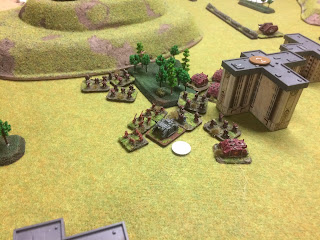 Great to get 2k points on the table..... and actually use figures very soon after they'd been purchased and painted!

Great game guys! Hilarious to see those old school summoned demons out there for Epic.

Just need to get a few Titans stomping on things now...