Game 19 happened the week before last as Urn and I took our first steps into the world of Epic.

Awesome. Not ever having look at the actual rules until recently I never realised the amount of movement in the game. No static armies plugging away at each other. Zooming units rushing forward to grab objectives and batter the enemy! Great stuff! Good job I’d already bought loads of the stuff ;-) 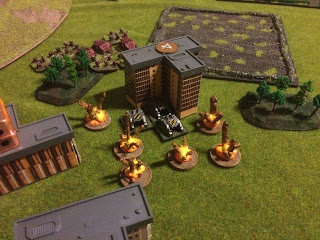 The game itself was full of our trepidation as we pushed forward fairly innocent of the impact of our actions and the subsequent vulnerability that we would expose units to as they were committed to the battle. The range of choices on orders is great and, as I am coming to prefer alternate activation games, the rules felt new and fresh. I can see why its fanbase has stayed loyal. 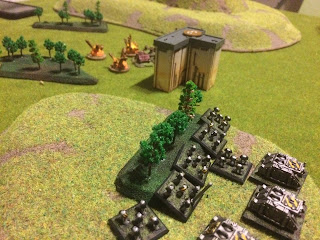 It was nice to see Land Raiders as the hardly vehicles that they are meant to be. 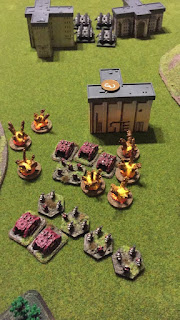 Game 20 Mark Epic
The following week Urn and I roped in Junta, Silverback, Silverfox and Gareth (who needs a nickname) in for games of Epic. Urn took Gareth and the Silverfox through a game whilst I helped Silverback and Junta. I say helped, what I mean is ‘tried to not misguide them completely on the rules’.

After Junt had gotten a cheeky win in what was the first game for both of them, I played the silverback who took the game in style. The highlight for me was charging his Land Raiders and putting down some serious smack as my tactical unit took out most of the tanks. 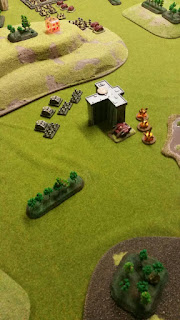 However, the Silverback, never slow to utilise an effective tactic, promptly did exactly the same to me but with greater effect! After that my forces were whittled away effectively by his in a better position. He’d actually won the game in turn two because of my disappearing Land Raiders but we played on for the practice and the fun of it. He won it in turn three and four as well before we called time on the game.
A good evenings gaming especially as I think we’d converted all four of them to Epic!

I’ve been making progress on additional units for my Epic IW and have managed to get some tanks finished. 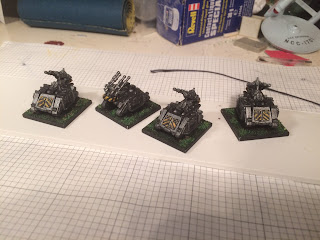 These are ultimately going to be my AA hunter units but for now, until I get some old painted stripped off a load of models, these are going to proxy for Whirlwinds.
Also completed are five units of assault marines. So far I have been pretty impressed by the models from vanguard that I’ve seen and these are no exception as they have a lovely amount of detail for figures of this scale. 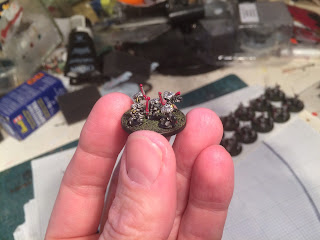 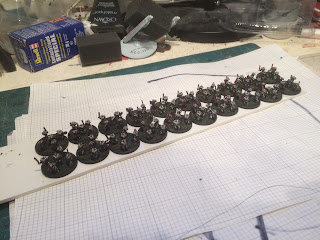 This takes my 365 Tally to a fantastic 146! More progress has been made on my 28mm Iron Warriors but then it stalled as the transfers I had were too big. I’ve ordered some of the proper ones from Forgeworld and this’ll be another 66 finished once they arrive and I can get the last of the weathering and basing done on them. 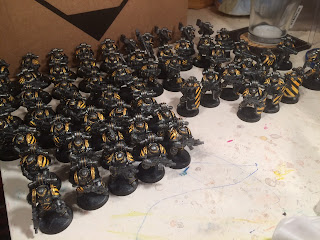 Coming along very nicely indeed! It is nice how quick the epic forces are to do compared to 28mm

Great stuff guys, good to see new fans of Epic! It is a tremendous game, one of the best GW ever put out there. As you noted with the Land Raiders, the actual impact of the units on the table are much more reflective of the "fluff"/background you read about.

Looking forward to the escalation!