The Silverback has borrowed more Epic stuff then most sane gamers could imagine from BFG. Sooooooo much old school Epic stuff.

For this bash The Silverback chose the Squats to face my Iron Warriors. 2K points a piece. I had no idea what I was about to face. 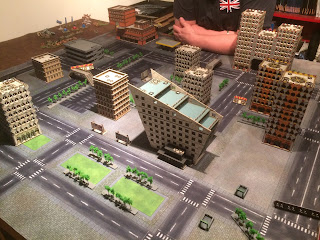 The Silverback had set up his table with the scenery he'd gotten for DZC. 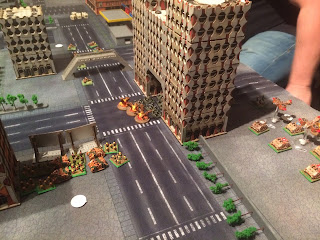 We got stuck in straight away with me shilly-shallying around for a move or two and then it started to rain......heavy explody rain. FML. Squats have long range artillery and they could easily reach my whirlwinds. Ouch! 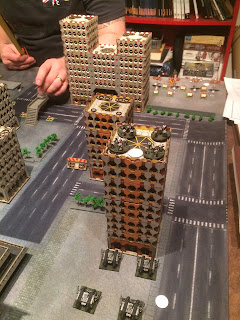 That sort of dictated the course of battle from that point as there was no way I could let those guns hammer me turn after turn. I tripled up a tactical unit and got them right up to the guns. A risk as they would take some fire before the next turn and it wasn't guaranteed that I'd get the initiative but I had to take the change. 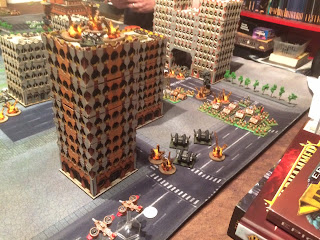 The Assault marines and Land Raiders started to move in as well to support them. 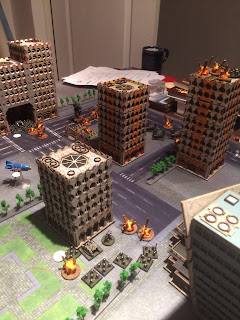 Silverback started to advance his troops up to meet the marines and the slow moving form of a Squat Zeppelin drifted forward blasting marines as it came. It walloped the advanced tactical squad badly but not before they had destroyed one gun and stopped the other from firing. 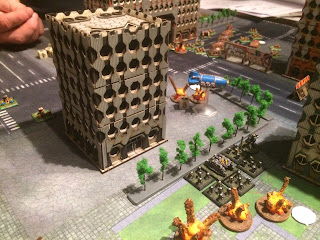 The marines tried desperately to bring down the war machine but they were running out of guns! 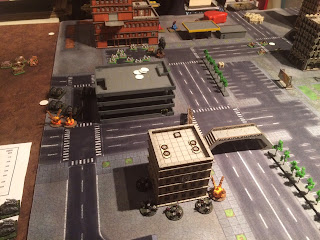 The other side of the city had been a much more measured firefight between the two sides but the Land Raiders hardiness meant the squats could not advance. The second assault squad sat on an objective from the end of turn one given the Marines a tecnical victory if not a moral one. They'd taken too much of a shoeing to claim that.

It was indeed a great looking table and a corking game!

Where are those buildings from?
That table and game both look wonderful!

The Buildings are 4Ground 10mm Urban Zone but they work well for 6mm as well.

Very nice project, so love it!