Behind with my blogging....

..but not my games! Still ahead on the objective to make sure I play 52 games in a year.


Game 23
Junt and I had another bash at Epic with not dissimilar forces facing off. However he won the artillery battle early on so I struggled to pull it back from there. 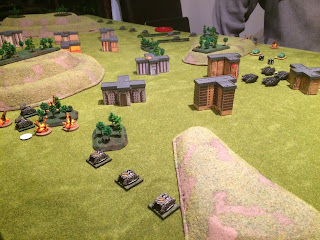 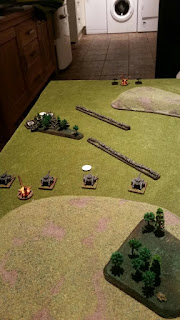 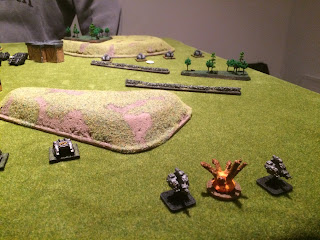 I did get to bloody his nose on the other flank with some mainly infantry on infantry action. 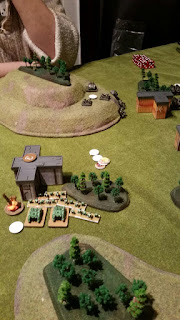 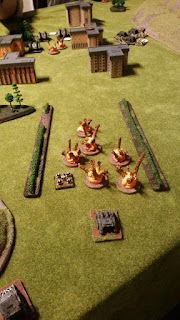 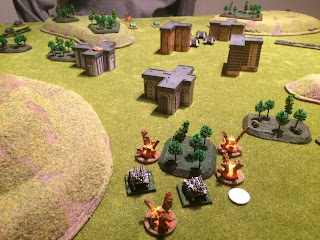 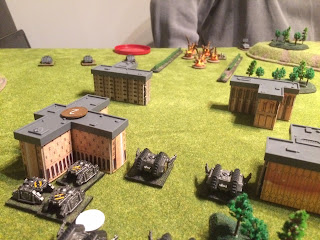 Game 24
It became apparent early on that Urn and I, with our marine and chaos marine lists, were going to struggle against Junt and Gareth’s combined force of Space Wolves and Imperial Guard. Junt had brought a super heavy unit, a full unit of Leman Russes and a horrible battery of manticores. Ouch! 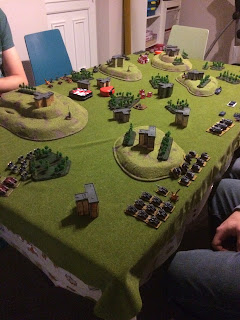 The early shots from the rocket battery knobbled my Land Speeders and caught a unit of Urn’s infantry in their transports. 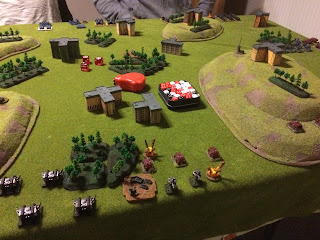 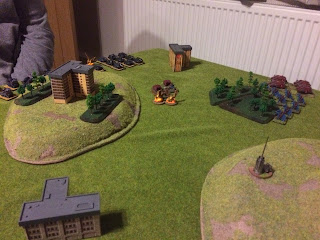 …. Were as effective as my attempts to win a Land Raider battle vs the Wolves. 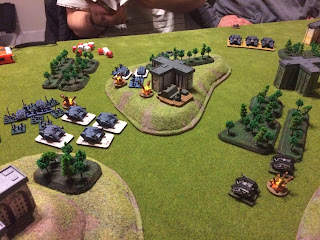 It was all over fairly quickly. Not a good day for chaos!

Game 25
With the appearance of Shadow War: Armageddon we decided that it would be rude note to give it a try especially as we have all the figures and plenty of scenery to use. Unfortunately I got so caught up in the new game that I forgot to take any photos. My first game was vs Junt and his Tau. I had my mob of Yoofs armed with shootas and applied a subtle mix of cunning and strategy……oh no hang on, I just charged him.
It worked well up to a point. I had downed a load of his guys, one of mine was sat on the objective and we still had enough boys to carry the fight. Sadly we had taken enough losses that I was making break bottle tests for my mob. Luck can only go so far and sadly one failed roll was enough to give Junt the game. Still it was lots of fun to give the Tau a bop on the nose. Ask Junt about the super-duper rail rifle…….with one round of ammunition. J

Game 26
Next game was vs Silverback’s lovely Skitarii. Oh my they are a bit shooty and their boss man is nails. Still all those Yoofs came in handy to overrun the Martian’s position but not without casualties…….which led to bottle tests……..you see where this is going? Yup. Holding objectives and still numerous but I bottled it again. A well fought win for the Silverback.

Game 27
16 Orks vs 6 misguided chaos chaps. This was quick as, given the weight of fire the Yoofs put out, it was only a matter of time before even power armour would fail under such a barrage.
A win for the Orks! Huzzah!

Game 28
Junt and I finally got round to the next game of our Undead vs Seraphon AoS tree campaign. The Undead were winning after the first round in the Verdigris Plains but the Never-dying were now fighting on the Seraphon’s home ground. We played the Revenge at the Blackblood Weald next which is an interesting scenario. The defender takes and initial hammering under the scenario rules to represent the fighting rear-guard action. After that the attacker has the potential for a sluggish start as units can stall for the first round. 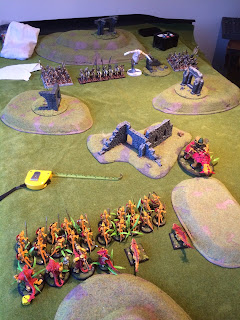 The Seraphon started well and used the opportunity to down the Undeads giant and then their cavalry. After that the lizards pushed forward to take the fight to the undead. The massed skeleton units proved too much and whittled the lizards to nothing. The Undead hadn’t fared well with only their archers remaining at the end.
A sort of win to the undead whose archers were a little more potent than they should have been. J 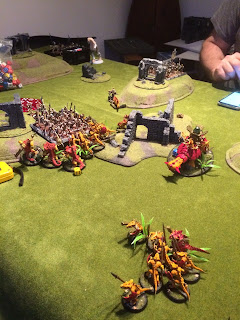 I’m loving the narrative tree campaign. If I had a bit more time at the moment I’d pen a more prosaic batrep like the last one.

Game 29
Silverfox (and all his dice rolling skill) with BFG vs Eddy and Junt
Sigmar vs bad lizards and their undead mates!
Oh the ones. Sooooo many ones. It’s alright tho’ It was the Silverfox throwing them and he was on the other side! This still didn’t prove enough to save us from the wrath of Sigmar. Man they are tough! 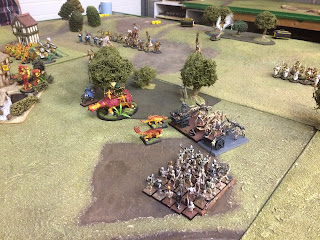 The Lizards and Undead pushed towards them early on with the Sigmar archers trying a few rounds of ranging shots with their archers :-P. 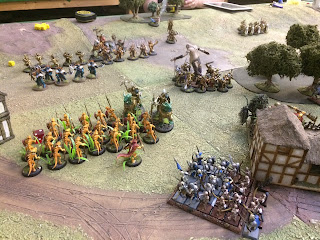 Then then the Sigmarites hit. Talk about Hammertime! First the giant fell, then the Kroxigor started to get whooped all whilst the lizard men infantry got bashed about and shot horribly! We didn’t see much from the skeletons on the flank as the chariots had raced away and stalled the enemy advance before being smashed to pieces. 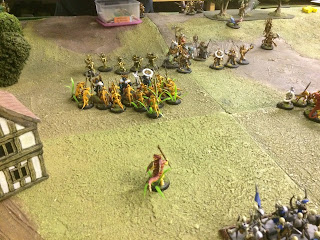 We had to call the game early as it was getting late but it was a definite win for the bing boys of Sigmar. Despite Silverfox’s dice. Tee Hee.

Wow, that is a LOT of gaming - always good to catch up in one post, highly efficient.

I do love those blast markers you are using for Epic...