As part of my planned dockside terrain set I’d bought the TTCombat container ship set. Great set with loads of value as it comes with several containers as well as the ship itself. I finished the containers at the back end of last year but hadn’t progressed the ship itself.
I resolved to get it done and so it was given a blast of undercoat….. 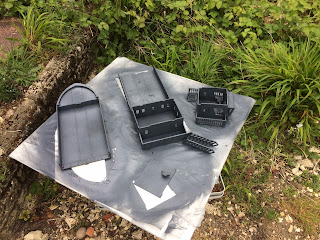 ….and then the colours were added with large scale dry brushing. 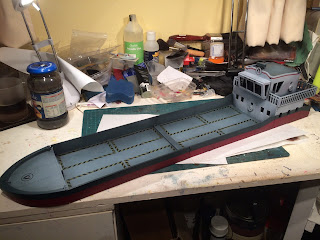 I’ve recently got hold of some of the Vallejo rust powders and plan to make this a somewhat battered freighter. 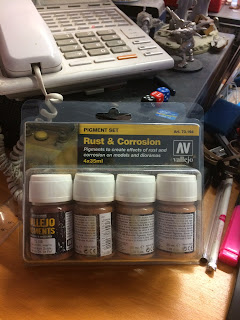 Also sat neglected in my study was the enormous Spartan Scenics spaceship that I purchased several years ago. I’ve always liked the idea of having landed shuttles and ships as scenery and that’s why I got it. It too got an undercoat prior to painting. 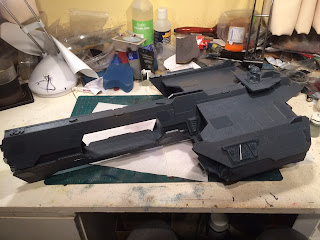 I wanted to layer up the paint to lighten the look of it up from the base grey so I started with heavy dry brushing of greys getting lighter until I got to white. 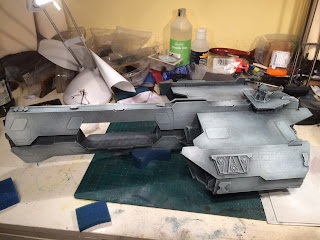 Masking went on and I proceeded to orange….. 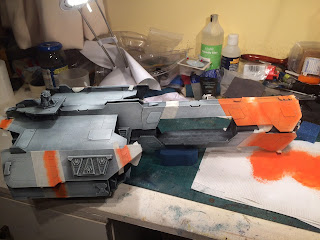 …..then red. I’ve printed some special decals for it so those need to go on before I can weather it. 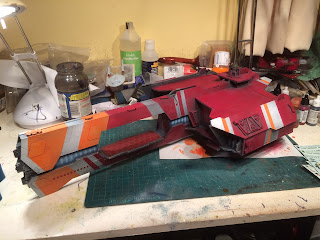 With the threat of a new edition, I decided that the Howling Griffons needed some reinforcements especially as these have been sat in the queue for ages as well. 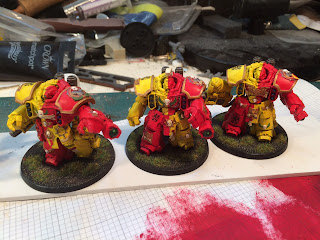 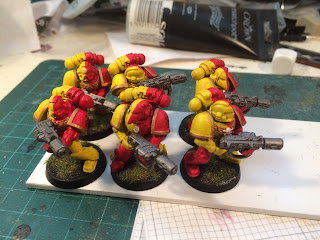 In the drive to get things done I ended up letting my eye fall upon the rest of the Spartan scenic sets that I had. It think I’ve been procrastinating somewhat due to the size of the project to get the starter and corridor sets done but the new edition of 40K has egged me on and this will be usable for Infinity, 40K, Infinity, Pulp City and soooo much more so I decided to get stuck in and get it done once and for all. 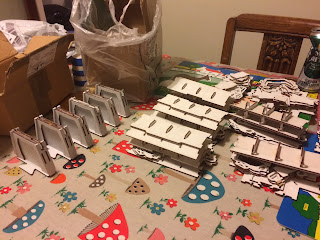 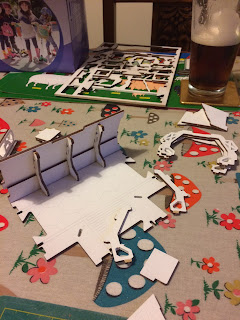 The kits themselves are a cracking concept that was badly delivered. The design is excellent and looks a treat but the building of them is dogged by the fact that it takes soooo much work to put them together. We are spoilt somewhat these days as MDF kits are pretty awesome but these are hard work. All the slots need significant cutting and filing to enable it to fit together as they were cut too small. I’ve done the bulk of it now so I am methodically spraying, constructing sub-assemblies, spraying again before construction and then the final spray. After that the details need picking out. I’ve prepared some decals for the sections. A long job but once they are done it’ll be a cool set to use and they’ll be enough of it to lay out a pretty big base. This is just the additional corridor set in the photos. the starter set has even more corridors and rooms as well. 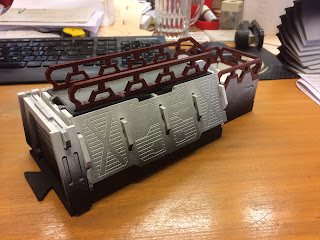 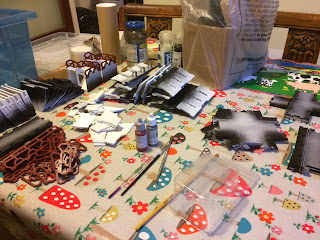 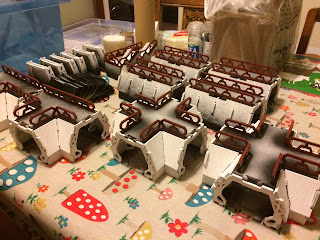 I’ve been wanting to get it done so I can use it as the Anphelion Base from the Anphelion Project Forgeworld book. IG and Marines vs Tyranids. Right up my street!

With all these MDF kits I have been gathering (or more accurately hoarding) leftover bits of MDF to the point where I have a box full of them. I’d put together a couple of Epic things from them but nothing bigger. However I was browsing the internet for a radar/comms array for the Anphelion base when one that I saw sparked my imagination and the following monstrosity was born! 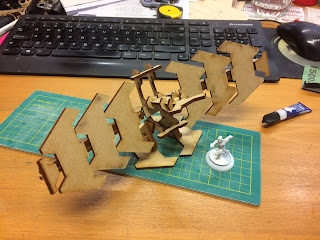 Needs some details and paneling but you get the idea.

I was pretty motivated before but sheesh…8th Edition 40K has lit a fire under me!

That looks absolutely superb! I picked the tanker up at Salute, but haven't had the courage to start it yet. I love the hazard stripes, were they a stencil or just top quality brushwork?

I'd love to claim the hazard stripes as my own work but they are actually etched into the wood on the deck. Made it a fairly quick job to paint.

Enjoy! It's a great kit!

Oh man, those look really nice - I love the starship in particular. But all of the fiddly work to put MDF stuff together still turns me off...I get so lazy when it comes to painting terrain...

But nothing beats the smell of laser cut MDF in the morning..... but yes, they do take longer than resin to put together. The price is a real plus though.

Awesome scenery work as ever!

Jamie is aware that I am slighty.....just slightly addicted to MDF.

TTCombat kits are the best in my opinion as they deliver the best on size, detail and function vs cost.