The run of Massive Darkness games continued with game 44 being a mission in which the dungeon progressively collapses as the rounds go by. 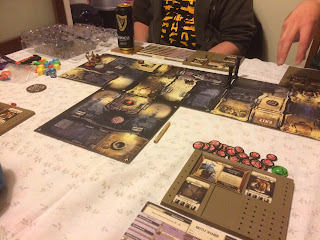 We'd found that the game itself isn't that difficult barring an unlucky draw of the cards however...

...adding the time element to the game really steps it up a gear! No more checking every room for cool equipment. This was a race to get out past the inevitable encounters. 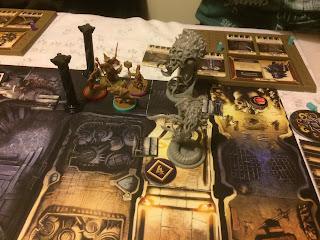 Pulling two horrible cards near the end did for us! We defeated the monsters and all of characters got out except for the Stout Dwarf who tripped and fell before being buried beneath the collapsing ceiling of the dungeon.

Technically a loss. Morally? Well I suppose that depends how you feel about dwarves?

Too right, my sneaky assassin made it out so onto the next dungeon without that smelly dwarf in tow!