The Challenge marches on and today I’d like to present a unit of Ungor Raiders representing the Beastmen Faction and a Chimera representing any Chaos Faction it wants!

First up the Ungor Raiders 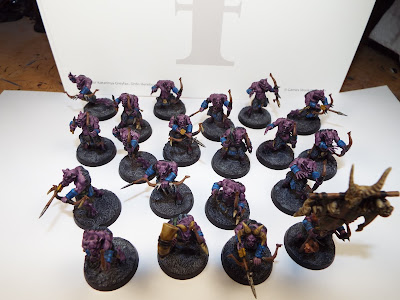 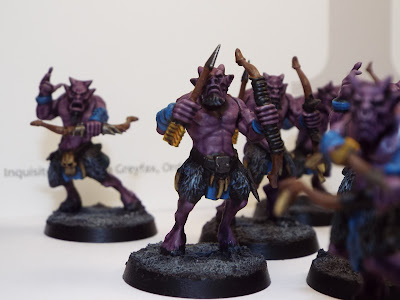 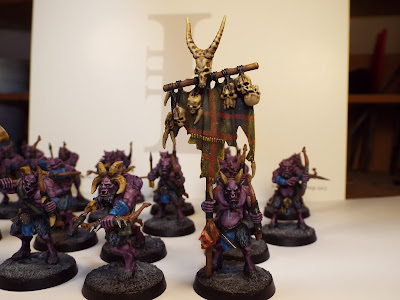 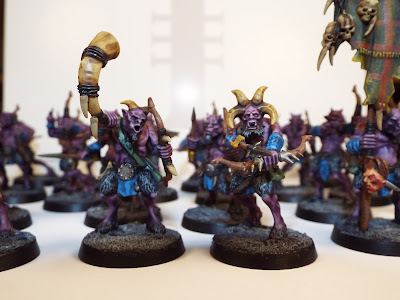 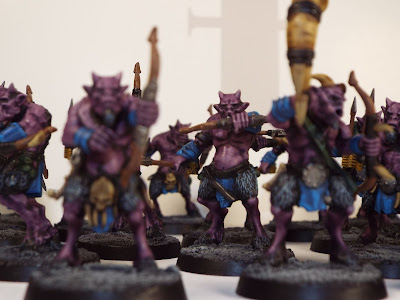 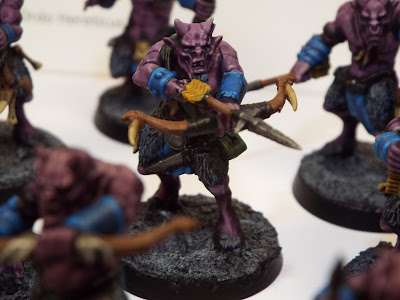 20 of these lovely little bowmen!

To be honest I wasn’t planning on adding Ungors anytime soon. They’re the low caste of the Beastmen and the figures just weren’t doing it for me; just not up to the level of the Gors... and then I found out you could give them bows. Missile weapons? Oh yes please!

So now they’re my favourites 😀 they’ve had their first outing and did sterling work so they’ll be taking to the field of battle again. These 20 stout fellows come in at 200 points so that’s a nice old chunk towards the grand target!

And now for something a little bigger. One aspect of the Analogue Challenge that I failed to take part in last year is the Bonus Rounds. These happen every couple of weeks and are usually based around a single word.

This time the word was Flight so naturally I chose something gentle like a hummingbird... 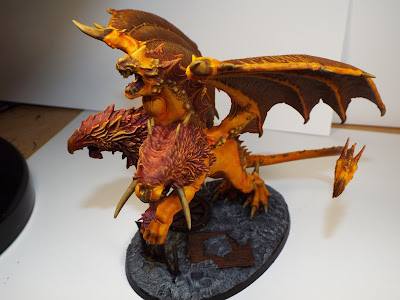 He has three heads representing Lion, Eagle and Dragon. Each gets its own attack as does the tail. So lots of lovely special rules to remember... yeah right.... I'll be making it up as I go along then. 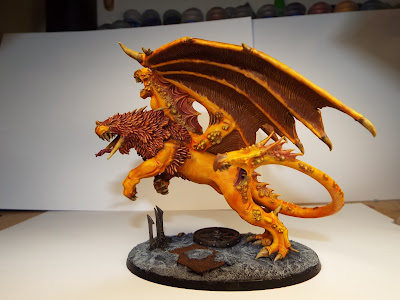 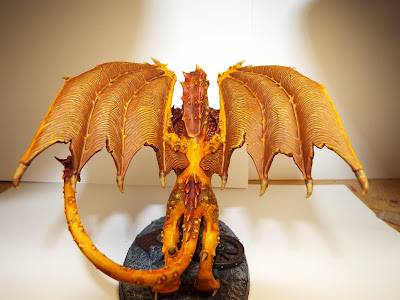 Very simple scheme for the skin with a yellow base spray from GW and then Cassandora Yellow shade which is quickly becoming my absolute favourite. 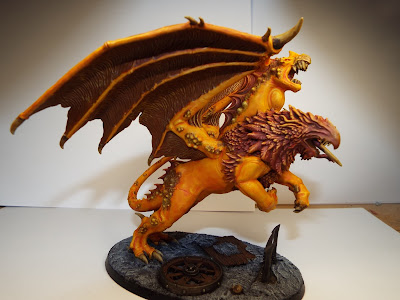 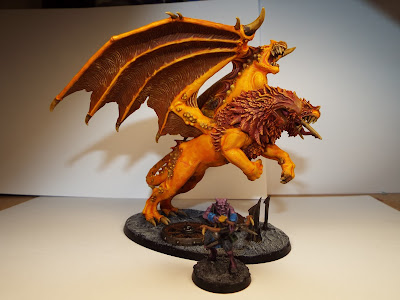 And an Ungor showing the scale of the Chimera.

Now whatever you do don't mention Andy the Ankylosaurus (sp?) who's terrible in combat... I don't even want to go there... just... nope....

The Chimera is worth a whopping 220 points so let's do maths...

Ahead of target so far...
Posted by Unknown

I'm sure I don't know what you mean about Andy the Ankylosaurus! He's a pussy cat.

I like the very different colours used on both units - very chaotic!