This is my fourth time of taking the Analogue Hobbies Painting Challenge, and once again it's prodded me into action on the painting and blogging front.  I've actually been painting fairly steadily, but as I have to put blog posts together for the Challenge, it's much easier to transfer them here too! 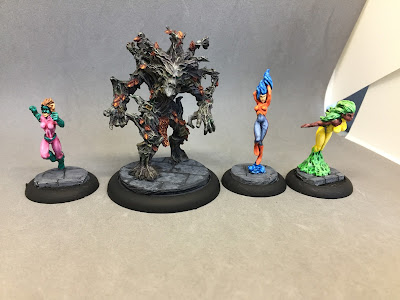 I decided to start with fours Supes for "Pulp City", a rather fun little superheroes game with it's own characters that I haven't played nearly enough. 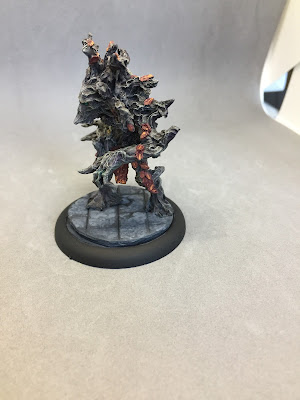 This first chap will be "Father Oak", a Powerhouse in the terminology of the game who is a hero and aligned to the "Nature" faction in the game.  The figure is from Black Scorpion from the Bloodbowl/Fantasy football range and is brilliantly detailed. 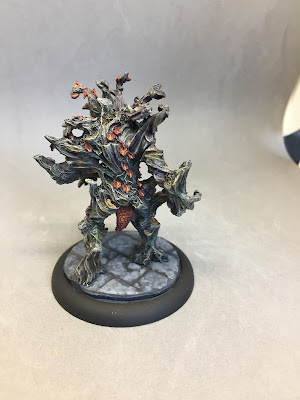 He was originally going to be brown with green leaves, but the colour scheme sort of took on a life of it's own whilst I was painting and he ended up a little more green/grey in the trunk so I thought perhaps a red leaf would work better.

These next three are spandex clad superheroes, from the Reaper Bones Chronoscope range, which sadly appears to have been discontinued now Reaper are all about slightly wobbly plastic instead.  So for once it's a good thing that I bought them a while ago to sit in the lead mountain "Just in case they're discontinued"!  Having now succeeded once with that excuse, I shall feel justified in using it going forward more often.....
I believe a couple were sculpted by Patrick Keith of Bombshell miniatures fame - I do like his work having previously showcased some of his Counterblast figures and I hope to paint more of his sculpts during the challenge. 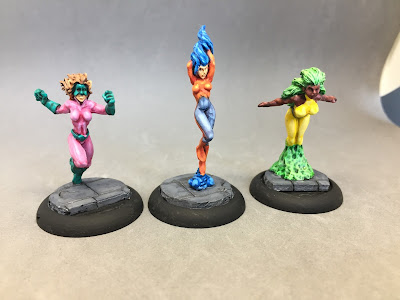 I've no real plans for which hero each will be, I just gave them a classic two tone scheme each and based them on street bases that I carve myself from plasticard and stick to lipped bases.  They may end up as heroes or villains, as every good comic book story needs generous helpings of both. 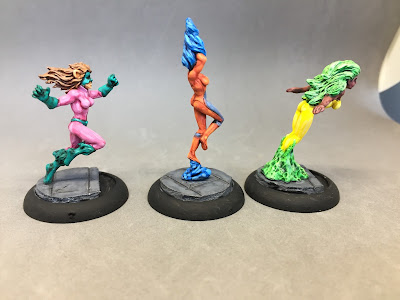 I went a little more extreme on the highlights than I normally do, but the joy of painting only a few figures instead of a regiment of forty allowed me to take my time a little more. 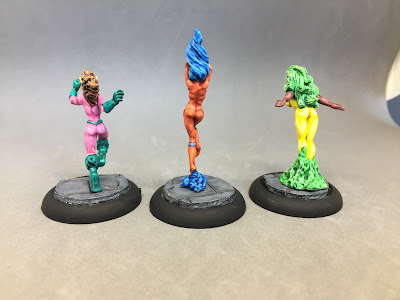 I've always liked superheroes (who hasn't?) and working in a comic shop during my holidays during University was without doubt one of the best jobs I ever had.  Spandex clad superheroes are the classics in my eyes and these three will be joining my other figures and will be taking to the streets of Pulp city hopefully very soon! 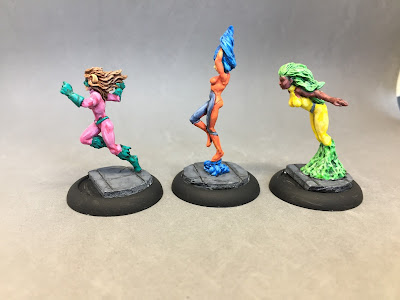 Great work Jamie - still waiting to see if you drop another bunch of 30k chaps into the Challenge...

I love the colours!