This week I've managed to make some progress on both sets of terminators. 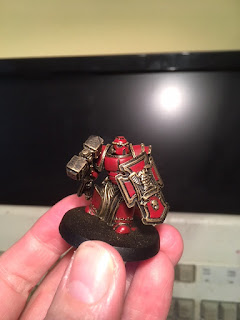 The Iron Hands have received their coats of red and this leaves them ready for detailing, decals and weathering. Plenty to do still but progressing well. 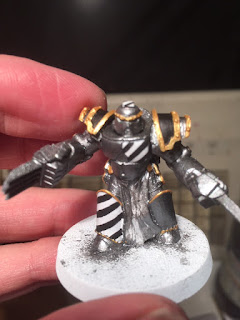 The Iron Warriors will take a bit more work. I've added both the black and white to their pads in a random fashion as I did with the MKiiis. I don't want the hazard striping to be too uniform. Once the white has two coats I then carefully add the stripes. This took a while but I like the effect once finished. These will need a little tidying up but after that they can have their yellow wash to complete the hazard panels.

Once that is dry the whole figure will have black wash to dull down the metallic grey and to make the yellow a little less glaring. Then they'll be at the same place as the Iron Hands and I can batch paint all twenty eight to finish the details off. It'll be nice to finish off a whole tray that has been sat untouched for over two years. 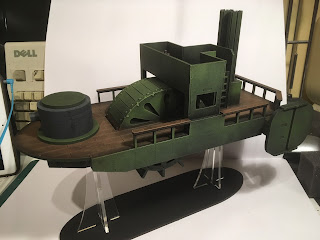 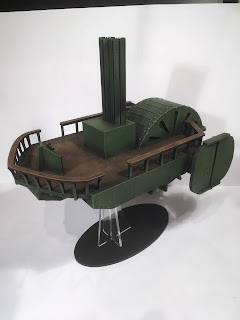 Also finished are the two US Aeronefs for the Martian VSF. I keep referring to it as Dystopian Legion but it really has evolved past that so VSF it is from now on. I'm thinking of adding decals to both these and the Britiannian ones but I want to have a good snoop around to choose the right sort of decals. I'm thinking of white WWII style stars for the Yankie ones but I'm not sure if that will modernise them to much?

Hopefully Blotz will have the next two ready soon.

Edit for a requested picture. 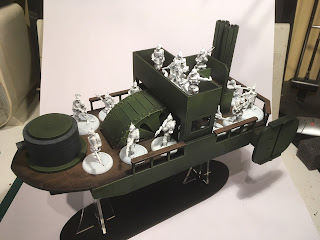