Ready for the big kick off!

"Hi Sportsfans, I'm Bob Johnson"
"And I'm John Bobson"
"and welcome to the Channel 9 pre-season coverage of the GoG worlds' inaugural Dreadball season"
"Thanks Bob"
"No problem John"
"What's on the cards for today Bob?"
"Well John, we have coverage of the newest team, only just formed in time for the pre-season, the Nuka-Cola Neutrinos!"
"Wow Bob, I'm really excited for this new team - can you break down where they came from for us?"
"I sure can John, as a starter, they're sponsored by the Nuka Cola Corp"
"Wow Bob, and their kits match the new bottles of Nuka Cola don't they?"
"They sure do John"
"Errrrrrr... Bright aren't they?"
"They sure are John, but that's the colours that extensive Market Research, and a little industrial espionage, told the Nuka Cola Corp would play really well to the fans and so increase sales of merchandise"
"And they're the important ones aren't they Bob?"
"The Corporations?"
"Errrrr, I meant the fans Bob"
"Errrrr, yes, them too John!  Heck, without them, who would buy the merchandising and the great new tasting Nuka Cola?"
"Good point Bob, I might just crack open a refreshing can now"
"Great Idea John, if you need a pick-me-up, just reach for the Teal and Gold!"
"Wise words Bob, this is Channel 9 coverage signing off"
*Burp* "G'Night viewers" 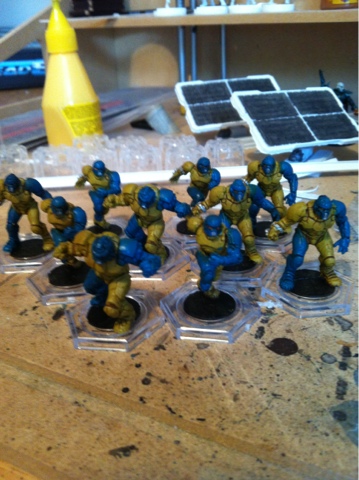 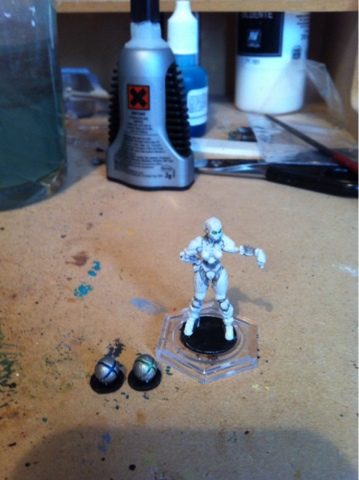 Nuka Cola- not as nice as Armagedda-pop.

Another yellow team - this might get interesting on the day!!!

Perhaps some cross team consultation before next years team strips are announced?