Something for the Po Po!

The police station is finished (all except a lick of varnish)!

I'm pretty pleased with how it turned out and I think the brick effect looks good. Still not sure if it warrants the time spent doing it but I found it quite relaxing to paint so I'm not going to grumble. I do plan to to this style of painting on the other buildings that have brick sections but I will confess that I'm considering doing a slightly altered process involving a foundation of drybrushing followed by just some of the bricks being picked out. 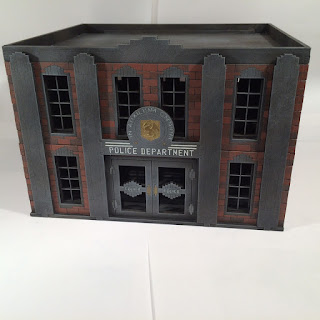 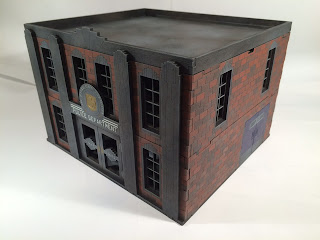 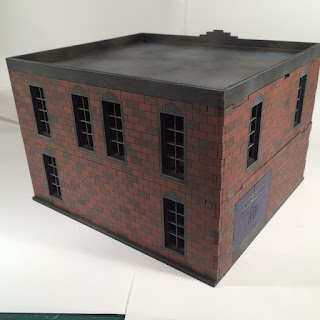 I had half hour spare after finishing the Police Station so I popped together the containers from the TTCombat Merchant Vessel set. Just a dry fit and they'll probably get a blob of glue tonight. They're not a complicated build so that should only take ten minutes. 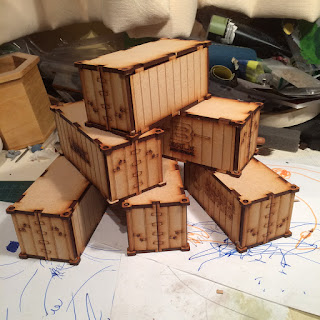 Yesterdays lunchtime was also fruit full as I managed to stick together the Warsenal Infinity Benches (Hi-tech bus stops?) and do a dry fit on the Sarissa Caravan which is destined to be part of my scrap yard set. 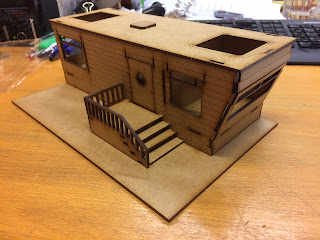 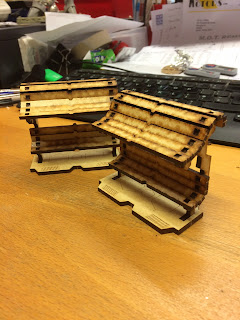 If I'm honest I hoped to get more finished during Scenery September but looking back I have made some good in roads despite diverting myself with loads of crates at the beginning of the month. Also the brickwork painting took.....some.....time.

What next? I should get on with the AoS Seraphon as there is a campaign waiting in the wings.

I suspect that the scenery might still have a place along side the lizards on the painting table as I am totally inspired by the MDF at the moment.

Looks grand.....time for a supervillan to breakout of it I think

looks fantastic - scenery September has certainly moved things along for all of us so has been a success :)