As the title said, a few bits and pieces from me, still concentrating on my themes for this year, AoS and 30k.

First up, 30k.  I must confess a slightly unhealthy obsession with the Contemptor class dreadnought.  This is the 6th one I've painted up and I want more..... this one is a plastic one from the Betrayal at Calth set but I wanted to convert it to match the Thousand Sons I started a few weeks ago so I did a head swap with a 40k Daemon Prince Magnus head. 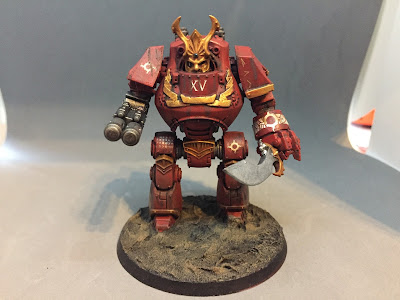 Magnus was the Thousand Sons Primarch/head honcho in 30k times and as he turned to Chaos and survived, the Chaos gods turned him into a Daemon Prince and so he is still alive as a massive scary chap in 40k. 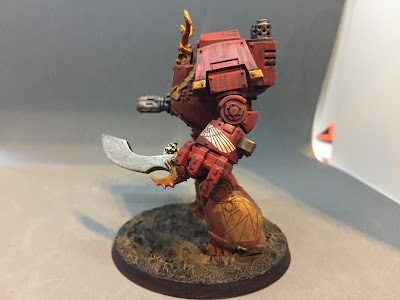 The sword is also from the Magnus kit (it's a dagger for Magnus to give you an idea of his size!) and there's a pleasing symmetry for me in using the future Thousand Sons kits to convert the 30k Dreadnought. 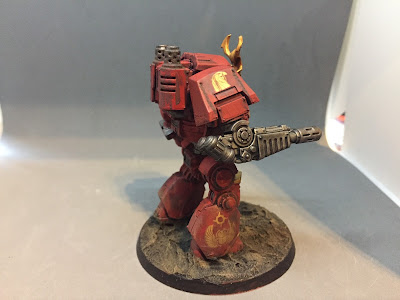 Loads of decals from the frankly brilliant decal sheet that Forgeworld produce.

Next up are a couple of Apothecaries for my Salamander 30k legion. 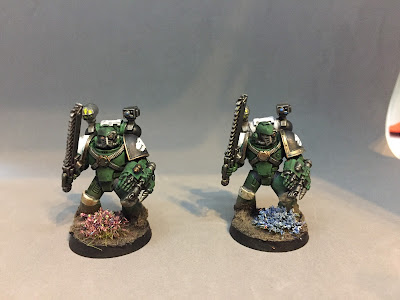 I started the Salamanders a couple of years ago but never got around to finishing the apothecaries.  One had a metal backpack which made him overbalance, and so I shoved them in a box in a huff until I recently got of my backside and bought a plastic one and finished them in two days!  So much the way of wargaming toys, ignored for 2 years, finished in 2 days once properly started... 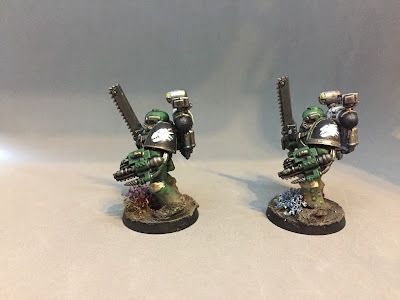 These chaps help keep the legionnaries alive and when they can't, they harvest their "gene-seed" - the organs that make them more (and less) than human.  The shoulder pads and arm equipment are from 40k marines, but they work really well with the Mk IV bodies, heads and legs.  I went with white panels to mark them out, but I suspect, given the treachery of Horus' mob, that this will only mark them as juicy targets rather than save them under any war conventions. 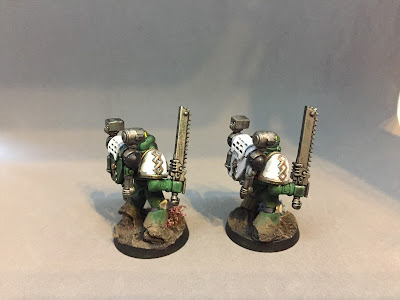 These are Dark Elf repeating bolt throwers, which have been around in one form or another since the start of WFB. 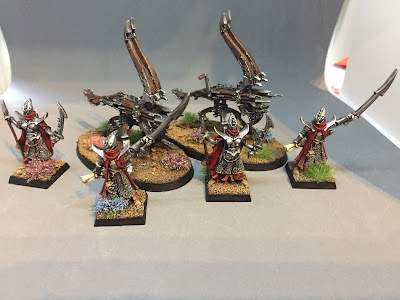 These are the newest versions and are made of the big mistake material Finecast.....

The only benefit was being able to use a hairdryer to straighten out the bits that had gone wobbliest.... but if they just made them from plastic they wouldn't have gone wobbly in the first place! 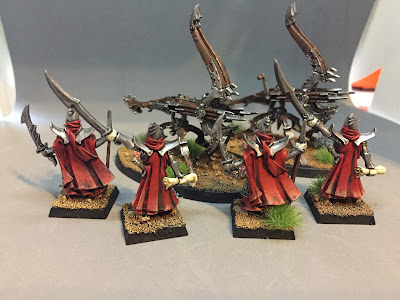 Still, I do like the design and here's hoping they can skewer plenty of enemies.

Lastly, this chap from the Silver Tower boardgame. 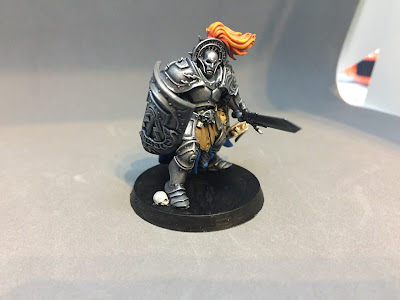 He is a "Stormcast Eternal" - the new race GW shoehorned into AoS for all the fans of space marines to buy.  He's a big chap (40mm base) as GW like to bulk these guys up. 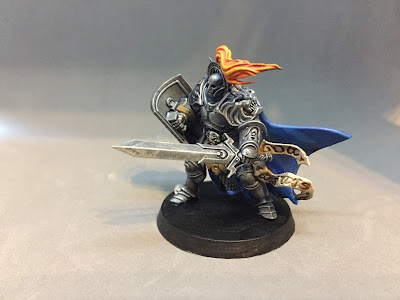 Took me ages to get around to him as we've played through (and really rather enjoyed) the Silver Tower campaign already.  I kept the armour and cloak cold colours and went for a nice warm topknot to finish him off. 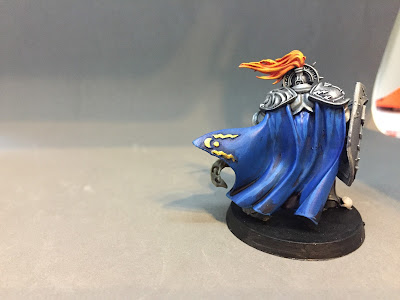 We'll have to get the 30K stuff onto the table again soon!

These were great Jamie - excellent work.