One of my first GW games was the original Epic boxed set (entitled "Space Marine") and that was all about the Horus Heresy and was the first we'd really learned about it in detail.  Ever since then, I've really enjoyed the Heresy setting and I've decided to start my third legion..... the Thousand Sons.

First up, the backbone of any legion - 20 tactical space marines with bolters. 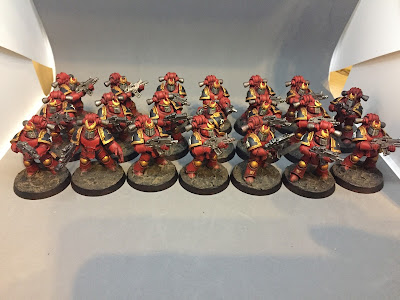 One of the things I've always liked about doing fantasy and sci-fi armies is that you can put your personal mark on them (within reason) as there is no historical colour or uniform guide.  I've also always loved converting models to make them my own and the GW range is unparalleled in it's ability to provide parts for conversions.  To represent the Thousand Sons I added some pieces to their helmets from some High Elf archers, bought years ago for another project. 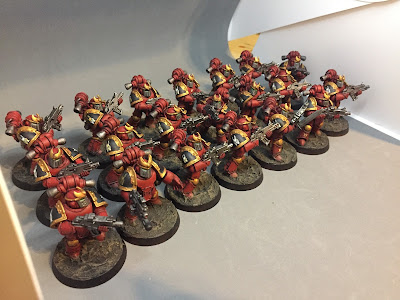 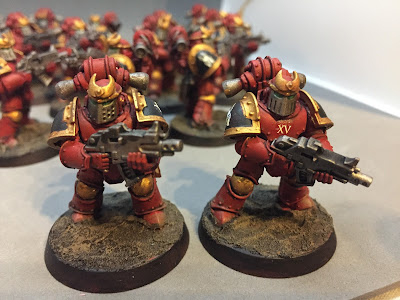 The Thousand Sons have an Ancient Egyptian vibe to them as well as being scholars and I felt this suited them and made them different from the other legions. 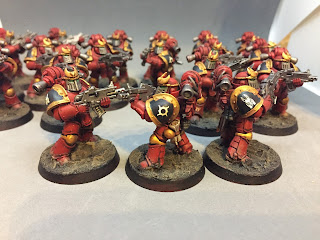 The decals all come form the fantastic sheet produced by Forgeworld, one shoulder pad is the legion symbol, the other is a rather fetching Egyptian god inspired head. 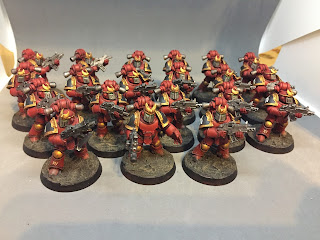 Next up are two Predator MBTs. 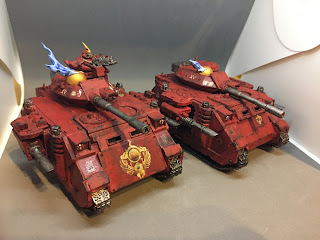 I added a crewman standing tall of the top in MkIV armour to ground them in the 30k universe as the models are the newer type, probably only just coming into service near the end of the Heresy (and also about 1/5 of the price of the official 30k ones from Forgeworld!) 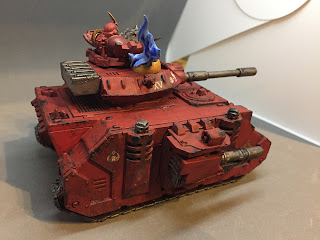 In order to make them feel Thousand Sons, I added a bunch of decals and also some golden half globes with blue flame coming out as nothing says warrior mystics like blue flame does.  Sort of like the 30k equivalent of the lava lamp.  These are from the new GW Magnus Primarch figure, so quite fitting in the time travel fashion.  I also went for hieroglyphics on the turrets instead of numbers to denote the tanks.  These two are snake and bird head of the scarab squadron. 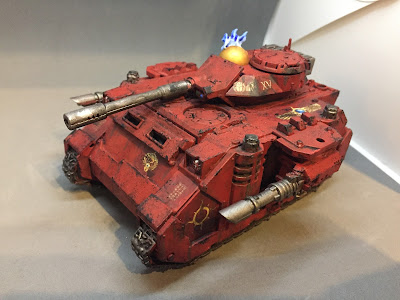 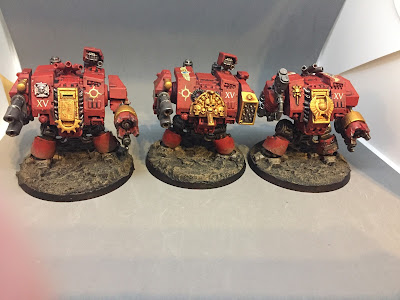 For those who don't play 30k/40k, dreadnoughts exist to house what's left of warriors too destroyed to be rebuilt with cybernetic parts.  The leftovers are encased in amniotic fluid in the middle of it and hardwired into the systems.  These husks can never leave their dreadnoughts, but they can continue to fight. 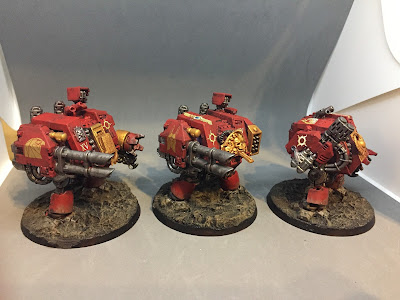 I converted each of the fronts, but the heaviest conversion uses a mask from the "Tomb Kings" range, an army of undead based in GW's equivalent of ancient Egypt.  At first I thought it might be too much, but if you're going to fight on in a coffin covered in guns when by rights you should be dead, you might as well do it in a fully pimped out ride. 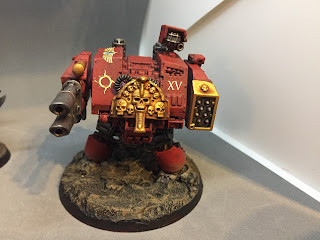 One of my mates is a rabid Space Wolf fan, so I decided on this legion to be ready when he gets around to painting all the 30k stuff he's bought.  I consider this the prod he clearly needs to get going!
Posted by JamieM

Lone the torc things on their helmets.

I must get on with mine....too many systems too little time