Junt and I played a straight up battle at 75pts a side. His Imperial Guard vs the Howling Griffons. 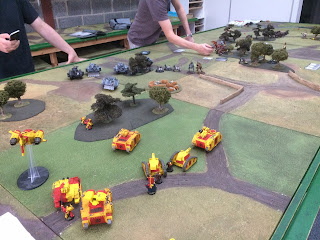 Sadly I forgot to take many photos during the game but it was a right shooting match. Both sides taking a lot of damage but I'd gotten lucky early on and taken out most of a lascannon squad which would have given me some real headaches if it had stayed around. 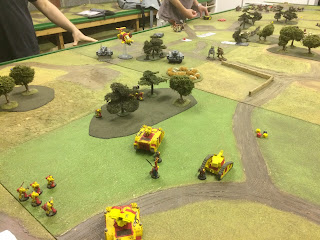 The Guard tanks dished out a lot of damage but the Griffons thunderfire and whirlwind barrages proved too much. Swooping around the Storm talon made itself invaluable delivering some great shots against the tanks.

A win for the Griffons but at a high cost.