This game was a couple of weeks ago but I'm only just recovered from the almighty kicking that BFG gave me with his Ravenwing terminators! Again. ;-)

I tried to be a bit bolder in this game sending off stuff on my left flank to get some sorts on the squad of Dark Angels advancing that way. 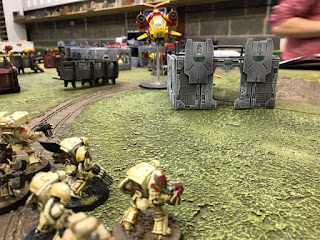 However my shooting wasn't particularly effective and they kept on advancing..... 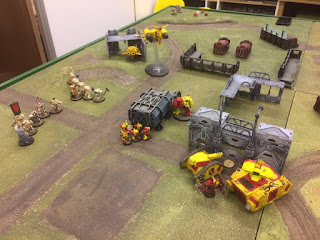 ...to join their mates who deep struck in. Oh dear.

From that point onward I was mainly fighting a retreat whilst trying to steal cheeky points from the objectives. 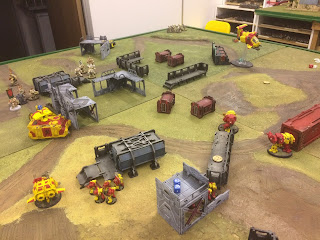 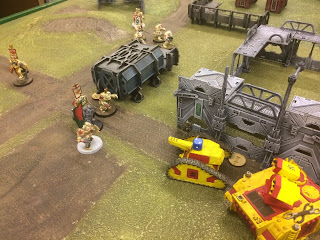 Until I was basically stuck in a corner and holding the centre, briefly. I wasn't totally one sided as the terminators were dropping but not quickly enough. I did get one or two lucky opportunities.... 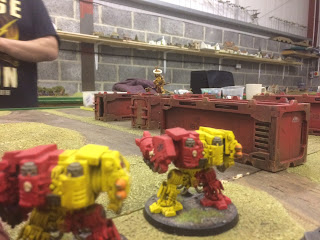 but the BFG did good on his saves with a little command dice help if memory serves me.

A win for the Dark Angels but I had the satisfaction of seeing my techmarine proxy deal out some hurt on some unsuspecting Angels! Who would have thought that a techmarine be good against heavies like terminators??? 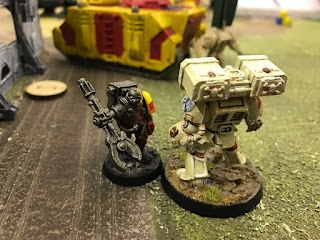 It's a techmarine. Honest.