The Slow meander to GoGX continues

Once upon a Snow Day.

You have to love the UK and our inability to deal with snow. There was a rush on milk and bread around where I live so much so that the Co-Op was actually out of stock until the replenishment lorry could back up the slope to their delivery door.

The Snowpocalypse has truly arrived and as at least one flake had managed to lay on the road I opted to "work from home". Ahem.

After 5 weeks without a full weekend thanks to a work project it was just nice to sit down, kick back and paint again. Here then are my latest additions to the SilverFox Challenge and no this is not the GoGX army yet...

First up we have a Khorgorath. This chap represents the Khorne Bloodbound faction and has been sat base-coated in red for a very, very long time. 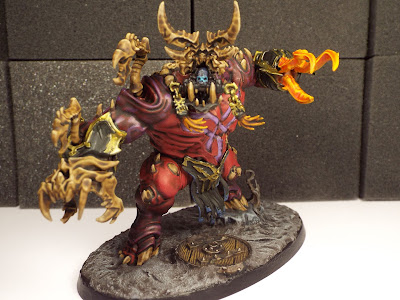 He's part of the original starter set and stands 70mm tall. There is a huge amount of skulls and bones and I opted for a slightly muted highlight as otherwise it threatened to overpower the other colours! 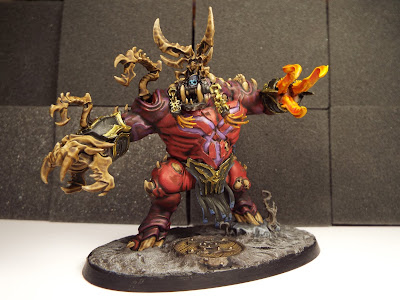 I decided at the last minute to give his eyes a blue glow as I couldn't see his face in among the bones. 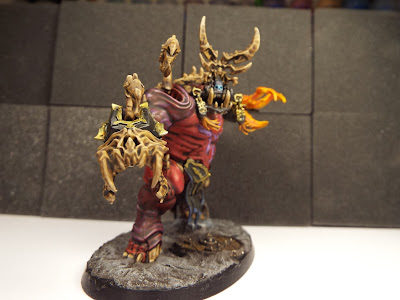 And I tried out some blending with the purple and red skintones. I'm quite pleased with the results. Thank you Duncan :-) 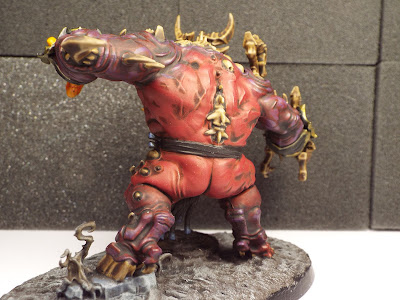 Next up is a Skaven contraption called a Warpfire Thrower. It's basically a flame thrower with more magic. It also has the ability to explode if I get too carried away when using it... good old Skaven. I opted for a nice yellow warpfire with green smoke because, well, because I could! 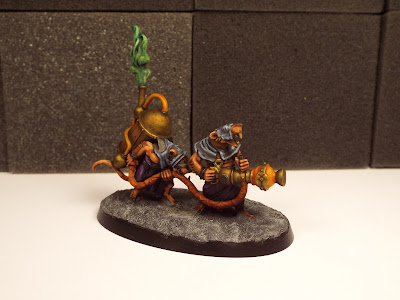 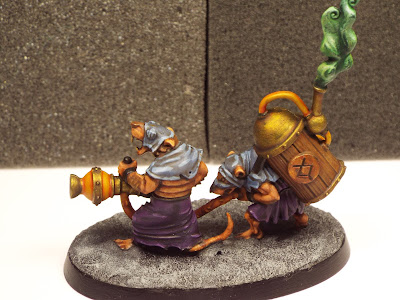 The Skaven themselves are painted with the usual Grey and Purple outfits. I like purple. 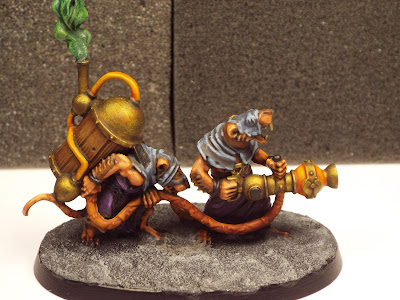 And finally I managed to get the Vulcharcs completed so they can join the Kairic Acolyte squad and cause pain to magic users. 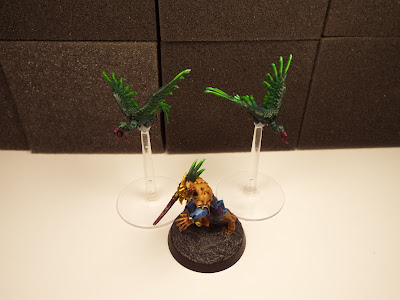 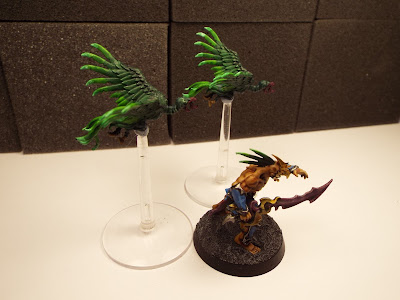 You only need 1 in a squad but the boxset came with 2 so what the heck eh? 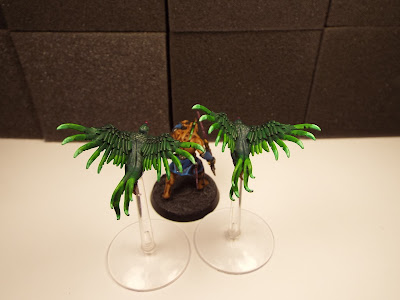 I've put them temporarily on flying stands held on by blu-tac whilst I come up with a more permanent solution. 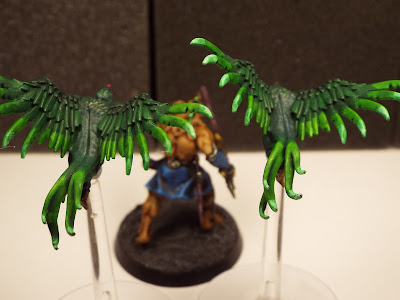 So there we are then. More AoS goodness or Chaosiness...

What's the tally now then?
(The birds don't count as they are part of the already scored Kairic Acolytes)

I have a couple more models to finish before I begin GoGX. Back soon!

I love the colours on the big chaps horn!