My word is that a finished Project?

By golly it's busy on here all of a sudden!

No I haven't done the scenery bit yet but before I shut up shop for a couple of weeks to concentrate on other things I thought I'd better get a couple of projects finished (or damn close).

Malifaux
Finally got the Von Schill gang finished: been waiting on final highlights and basing for a while now! Luckily had a spare couple of hours over the weekend so cracked on. 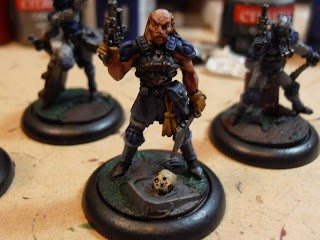 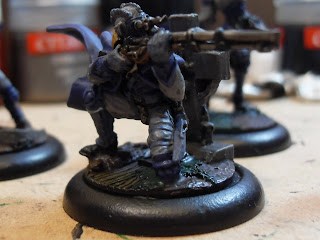 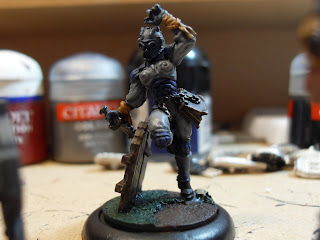 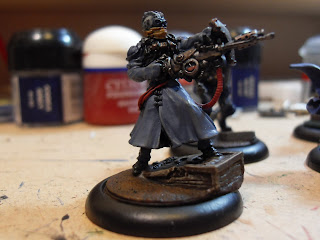 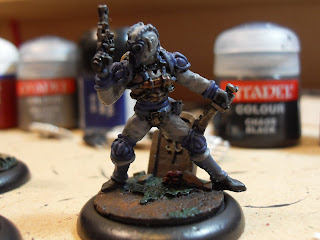 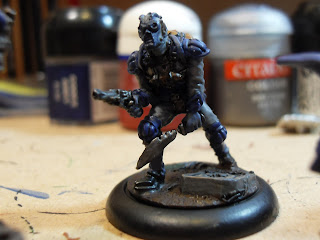 And now Dystopian Wars... I painted the Prussian Fleet originally in what I thought was a pretty good scheme. And it was - until it met the table and suddenly we couldn't see them as they are tiny models and dark colours just don't work. Also there was the small matter of Eddie's sea bases.
So I set myself the task of bettering what I'd done before and the first 3 Frigates have now rolled out of the paint shop. The sea bases are designed to show fairly rough oceans and need highlighting, washing, highlighting and the ships require a final tidy up but you should get the idea from the pictures. Enjoy :-) 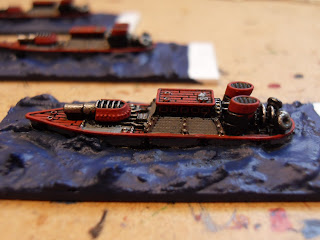 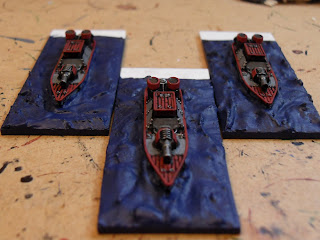 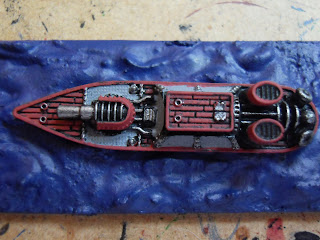 Very nice! The ships looked very distinguished and I like the rough seas look of the water bases. Really does add a lot to them.

Von schill looks nicely menacing and good work to us all for getting fully painted crews up and running!

Von Schill & his boys are looking good as well. I really must get round to having another stab at turning him into an undead harlot.
;-)