As there was no way I was going to be able to resist not having a legion on both sides in the HH era, I wanted to make sure my legions played differently. The salamanders are ground pounders, advancing slowly with flamers and meltas. My Wordbearers are going to be close combat troops with daemons as allies! 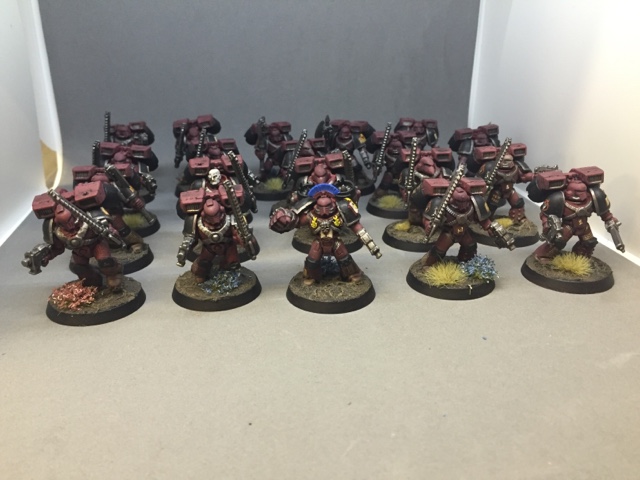 To that end, one of my troops choices will be this twenty strong jump pack unit. 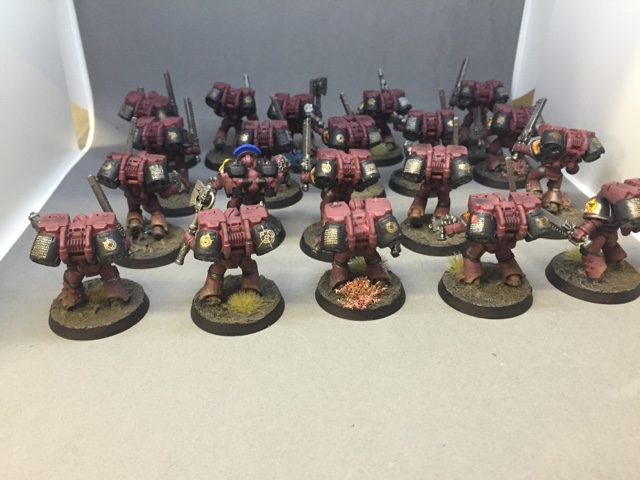 I know, I know, the jump packs aren't the 30k ones...... But as I could get this unit together by scavenging from Wark's bits (yet again!) and using a few troops from the betrayal at Calth set as opposed to paying £140 at FW, I was decided. The way I see it, these are the first tester jump packs the Wordbearers were trialling. The armour is all mark IV or mark VI, so meets the HH criteria :) 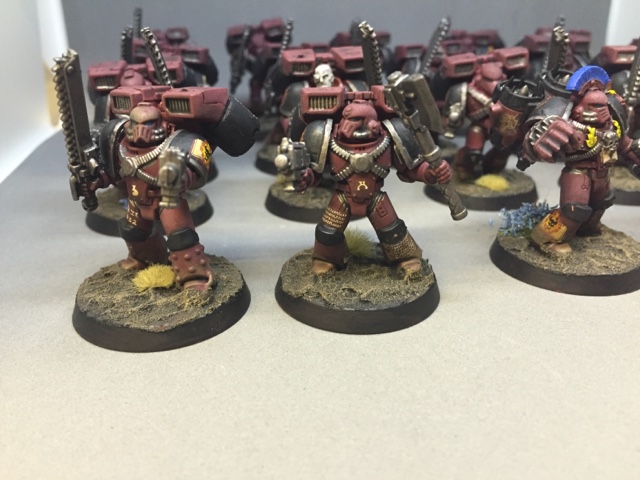 Loads of inscriptions as usual for these religious loons. 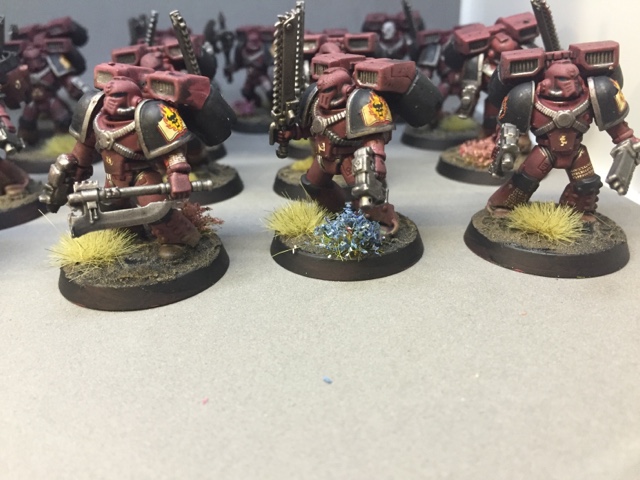 Now the two compulsory troop choices are done, it's onto the fun stuff next! 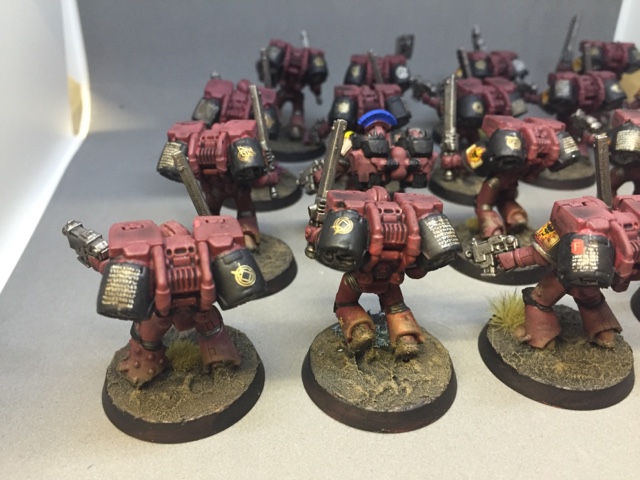 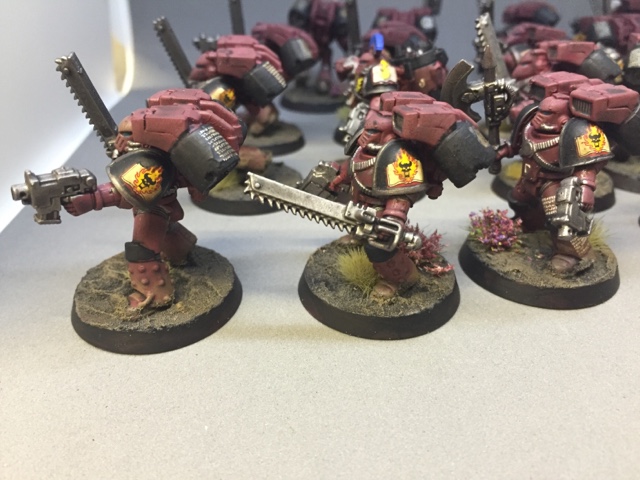 Seriously these are very nice and I didn't realise Word Bearers were first in the queue for the new jump packs. So many things about HH that I just don't know!

And just the 2 Legions? I'm sure I heard you mutter something about the Alpha Legion to go with that new t-shirt!

Great work on these Jamie. And why stick to just two legions? I'm already on my third one :)