These two vehicles are my first proper attempt at weathering. First up, a rhino APC 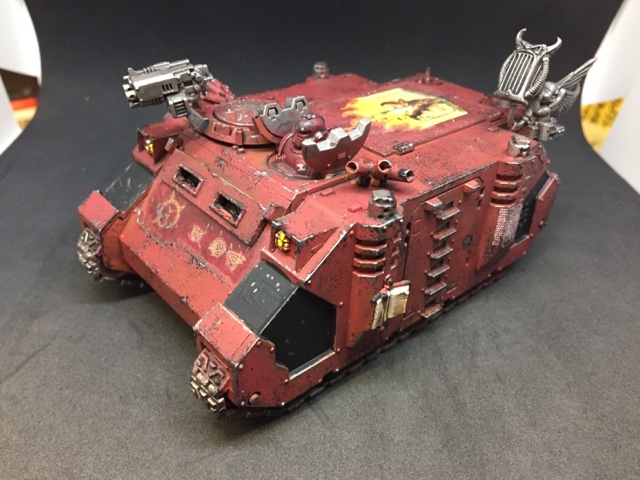 I've used black sponging for general wear and added some painted metallic chips in the middle of the larger black splodges. 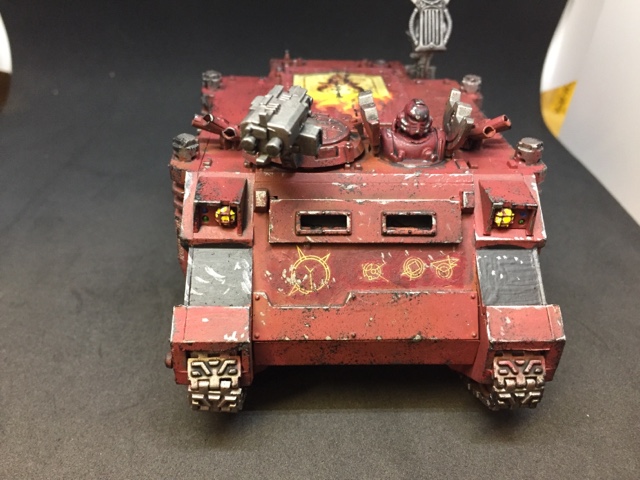 I found this gave me much better control than sponging the metallic colour and looked a little more realistic. 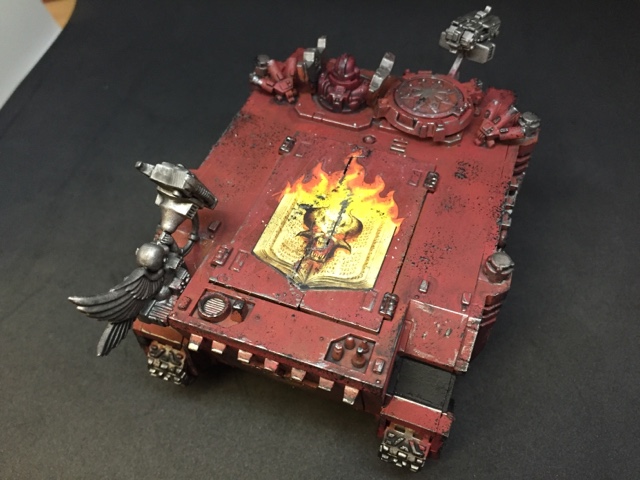 Forgeworld transfers again and the sheet is an absolute gold mine. 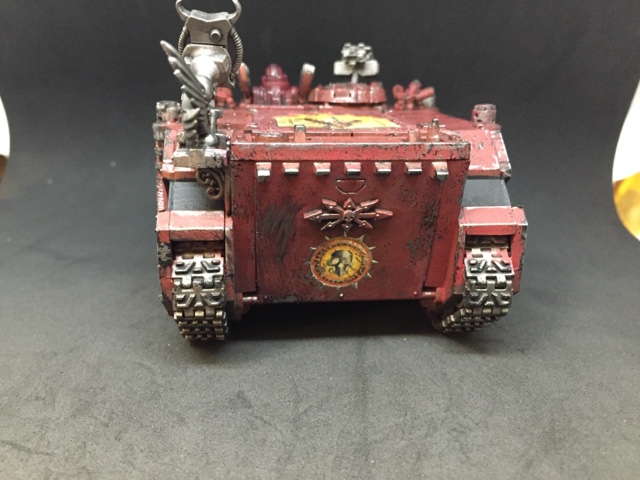 Next up, a Vindicator, converted up from a rhino. 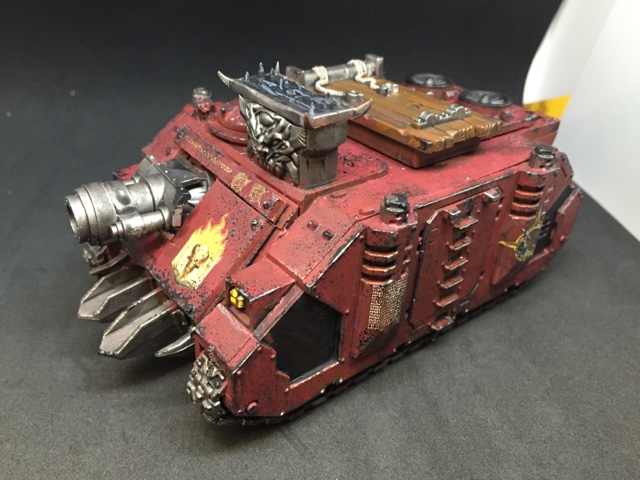 I went a bit crazy with this one...... As the Wordbearers are religious loons, I decided that a pulpit/sacrificial table and a torture rack were just the sort of things they'd slap on a vehicle with a honking great gun. 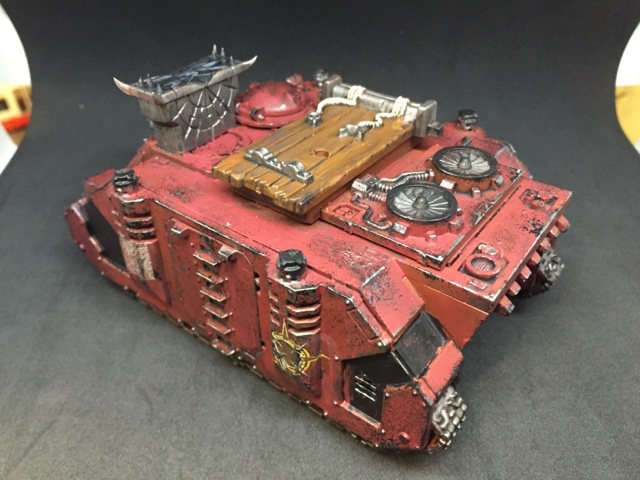 The plan being that they'll waste no time after a battle getting down to the important tasks of preaching and.... Ahem..... learning the enemies secrets. 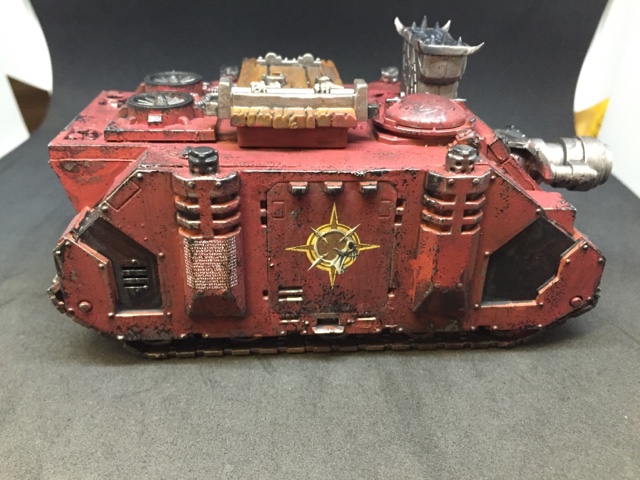 Somewhat over the top, but I enjoyed doing it. I think I may have weathered a little too much, but it was a good learning experience as most of my vehicles are a little bit "fresh off the production line" as that's easier and quicker (but not nearly as nice).
Next up for weathering is trying some rusting and perhaps oils for streaking as I tried using washes and they were just too thin..... I suspect patience and more coats would have helped instead of giving up!
Last up is a 40k chap, a Hellbrute. These are dreadnoughts partially possessed and certainly mutated. 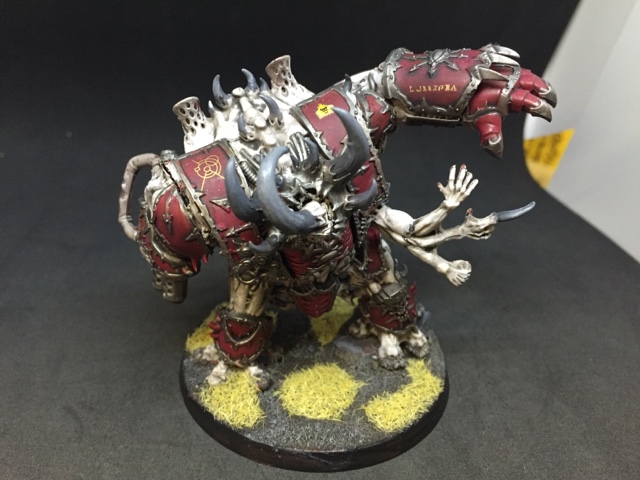 It's the fourth one I've painted (I did three last year) and I really like the model. 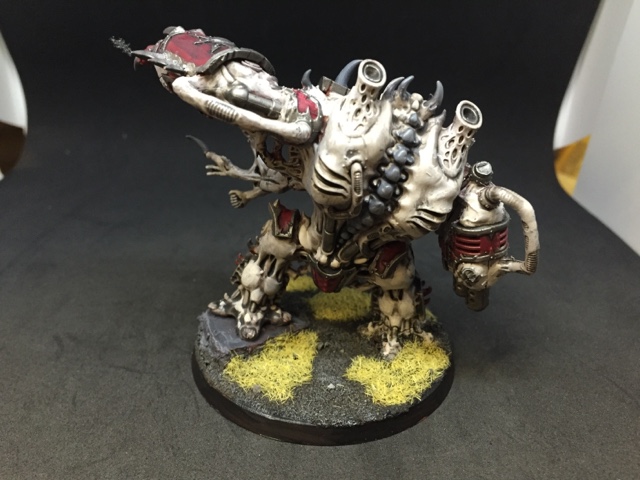 No weathering for this one as he's for my 40k army and I need to go back and weather all of the vehicles for that at some point.
Posted by JamieM

Good sponging work, it is easy yet effective!