It's all been very quiet from the Silver Fox lately so here I am to put things right between us. 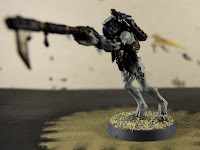 Pre-Christmas I spent a lot of time painting up my Shrike led army for our GoG Decemberation; they won 3 (turn 5 ending games are great), drew 1 and lost 1 so a damn fine return. I'll sort out a proper blog of the Peregrine Knights at a future date. 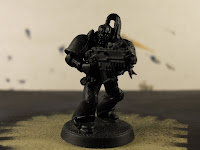 When I completed that I was trying to work out which army to do next and with an event sometime early 2010 I thought I'd count up the models I had unpainted to see what army was nearest completion. Once I crossed the 500 unpainted infantry figures during the count I kind of gave up!! 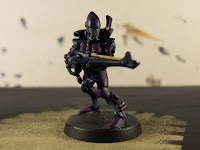 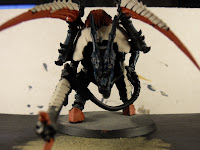 One of things that various GoGs have tried to do in the past is build an army in secret; usually this doesn't work cos we're not very good at keeping secrets: always wanting to show off our latest creation (and why not - this is a show and tell kind of hobby). But I decided I really did want to do a secret army. 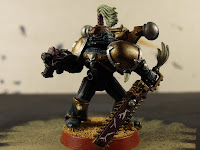 Back through the mounds of unpainted I went until I found stuff from 4 or 5 years ago that I'd purchased with a mind to building an army one day. An inventory count found that I had the troops, a HQ, couple of elites and 3 heavies already sorted: all I needed was a second HQ and some transports for the troops. So was born my Project Hush. 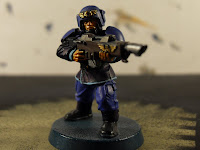 So who are they? Speculation is rife amongst the GoG Community and bets have been placed on all the armies showing in the attached pictures... well maybe all of them. 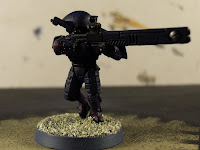 Clues?
At 1800 points there are 12 Kill Points.
Are they in one of the pictures scattered through this post? Well that would be telling now wouldn't it!? 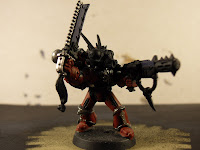 I did take a picture of one of the HQ guys in his blister: 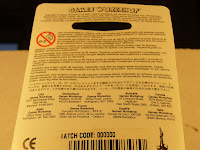 How is Project Hush coming along? All troops have been painted and are just waiting on the wash coats along with 1 HQ. 5 big things have been built this weekend and base coated. 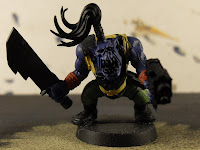 Ooooh I don't think it's nids...their HQ's are in bigger boxes not blisters!

My money has been on Tau for a long long time.

BUT, I have a feeling that it might well be an Imperial Guard army. Why do I hear you ask, because if you look at the back of the blister it is copyright 2004. The year the Cadians came out. That and the fact it says IG HQ halfway down in German.

could be a Hive Guard - he said it was a HQ choice - he didn't say it was all of the HQ choice!!