The Burning Chalice chapter of the Word Bearers legion were some of the earliest and most keenest converts to the use of summoned daemons to possess members of the legion during the Horus Heresy.

This practice has never been far from the chapters tactics through the many intervening years to the 41st millennium, even though the chapters size and power has waxed and waned over this time, making the process easier or harder.

Over the years, the treatment of such possessed individuals has approached worship and veneration, such that when a fatally wounded possessed trooper is found at the end of a battle, they are quickly taken to the dark apostles and twisted tech priests for internment in a dreadnaught sarcophagus.

This practice is anathema to the daemon, who finds themselves trapped in the flesh of the trooper and further trapped in the metal of the machine and so, even by the standards of these crazed creatures, the helbrutes of the Burning Chalice chapter are almost completely uncontrollable on the battlefield. The Burning Chalice therefore have resorted to utilising blasphemous rituals to drop them into the midst of the enemy once battle is joined, instead of trying to bring them with the bulk of their forces.  The carnage they can cause in is manner is legend.  Three such creatures are those known as Prophaniti, The Endless and Dark Epiphani. 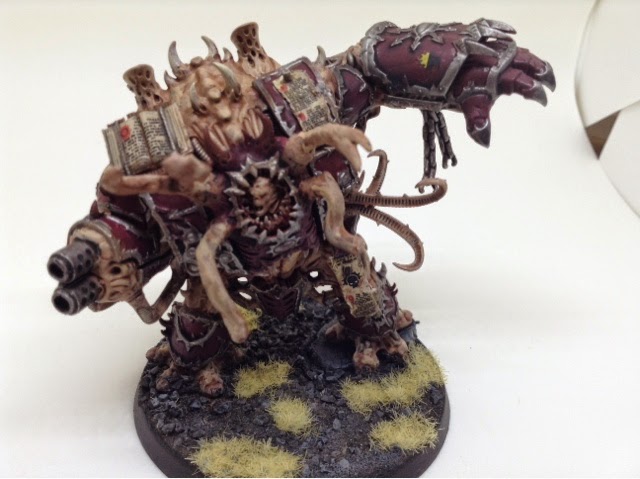 Multi melta for this one and some blasphemous texts attached to his armour. Most likely excerpts from the book of Lorgar. I replaced the horns around his head with tentacles. 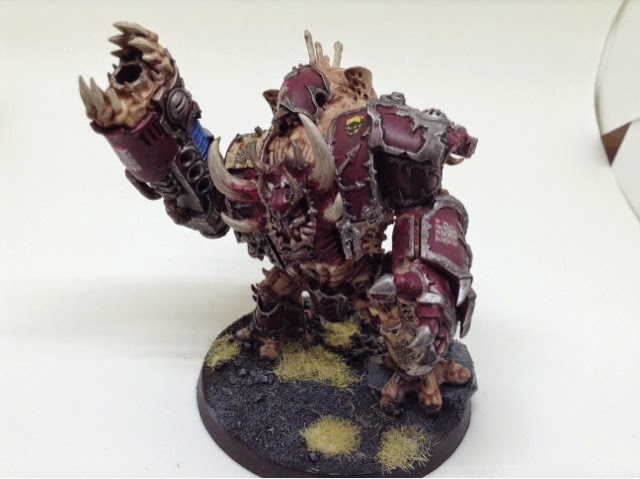 A plasma cannon from the forgefiend (thanks silverback!), a new head and a re-positioned arm on this one as I didn't want them to all have the same pose. An extended back from a set of bits I got from eBay and more blasphemous texts, as well as the legion and chapter insignia. 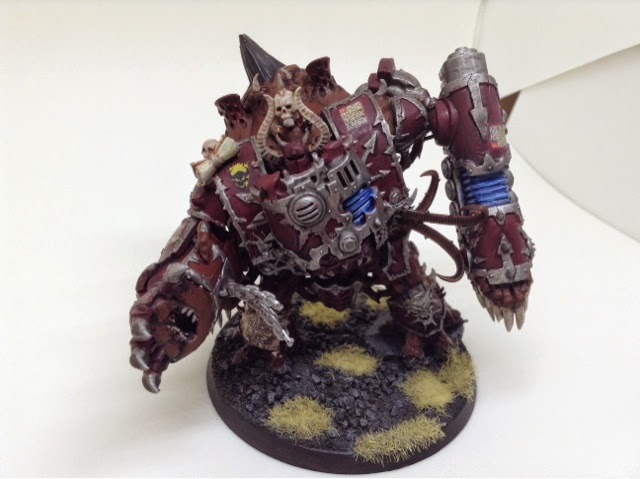 The most involved conversion - the thumb came off and was re-positioned to make it a right arm with the power fist and a plasma cannon on the other. A new head, gorget and another extended back. Lots more blasphemous texts from the sisters of battle transfer sheet (which was invaluable).

I'm pleased with how they've turned out and a dark, wasted land with dead grass to finish them all off. Perhaps the existence of these tainted creatures kills the land.... Perhaps it is the tainted artefacts they endlessly hunt..... Or perhaps it is the weapons they employ. Whatever it is, wherever they tread, the very land suffers. 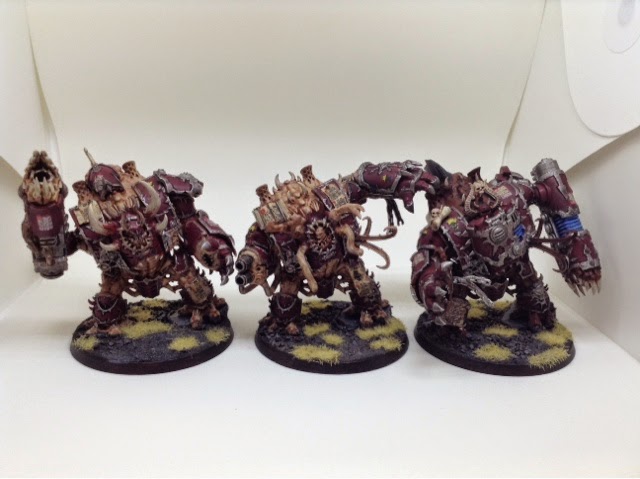 I'm pleased with how they all look different despite being from the same base figure and am looking forward to them wreaking havoc as I intend to use them as the helbrute dataslate that deploys as deep strike and has to roll on the "crazed" table every turn as opposed to only when damaged, hence the fluff piece above.
Posted by JamieM 1 comment:

I've been working on a small Mechanicum force to go with my Iron Hands and completely neglected to take any WIP shots but hell....they're all put together and ready for paint which is the important thing.

Lovely models particularly the Thanator who has come to be known as Stompy by my colleagues at work. He's great! 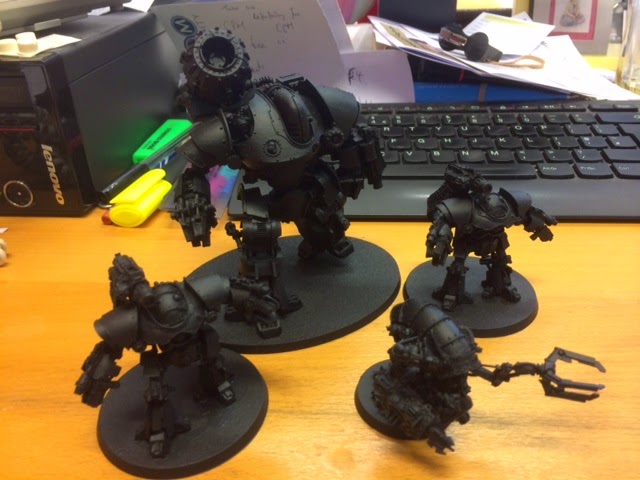 
Posted by Eddy Artillery No comments: