So after caving into some pressure, which succeeded on the roll of an exploding 6.  I chose my fleet and leapt into the orient.  Not Leyton, the Empire of the Blazing Sun, the far east contigent from the Spartan Miniatures game Dystopian Wars.

I picked them as they were not taken by anyone else and the by the news that they would be receiving a kraken submersible.

Sold to the Silverback.

So here you go.  After seeing the great bases that Eddie did, I had to follow suit.  Spackle and 4 layers of Klear floor polish later. 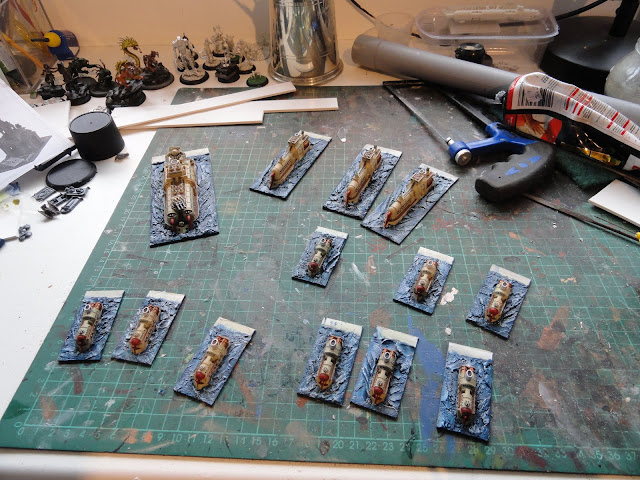 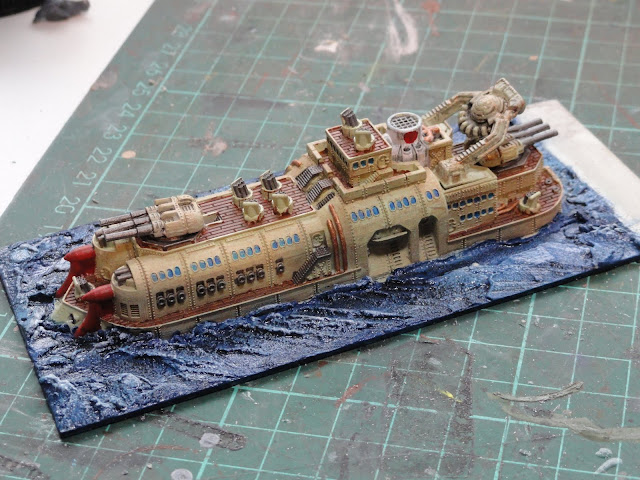 I truely believe that the sea bases make a big difference. Thankfully yours have proved me right!! ;-)

These look absolutely fantastic - inspiring yet slightly intimidating for when I set about my fleet as the bar is really high on these fleets at the mo.