The kabal's back in town

Just before Nick's tournament quite a while ago I chronicled my attempt to get my dark eldar done. I was pleased to get lots done, but sadly lots more was only basecoated.... And after the tournament they went away I'm their box and didn't come out again.
Now, dark eldar are one of my favourite armies, so it was a crying shame that I was just too embarrassed of the unfinished painting to ever actually use them. So I finally decided to fix it!
Here are some warriors, darkened the green and then added hard edge highlights. Little bit wobbly in places, but it is all about pushing yourself to improve I guess! The skin they are wearing as loincloths also got some treatment, as did the brass metal parts and I'm pleased with the overall effect. 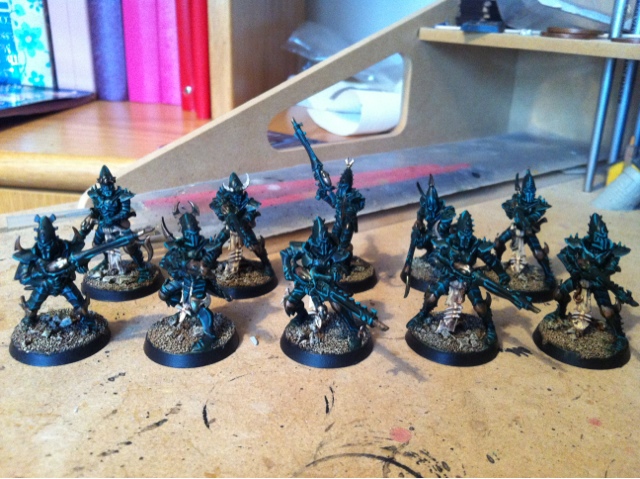 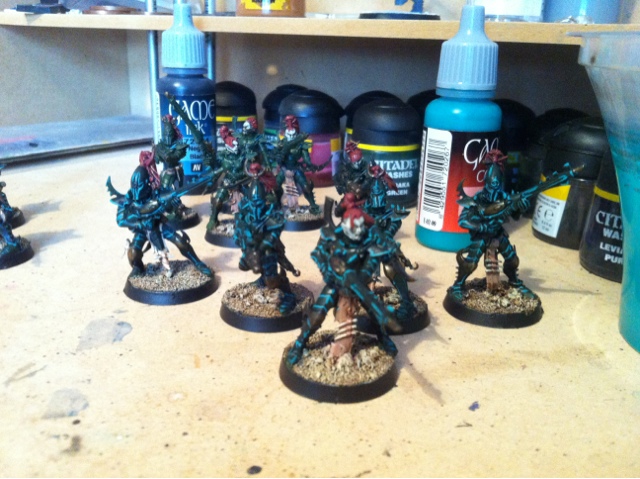 I've since finished the five standing in the background, but they give you an idea if the "unfinished" scheme and how it has changed.
Next up was the two venoms. These really were half finished and had the same treatment as the warriors to bring them up to scratch. Still a little wobbly in places, but again I'm pleased with them and am no longer too embarrassed to actually put them on the table! 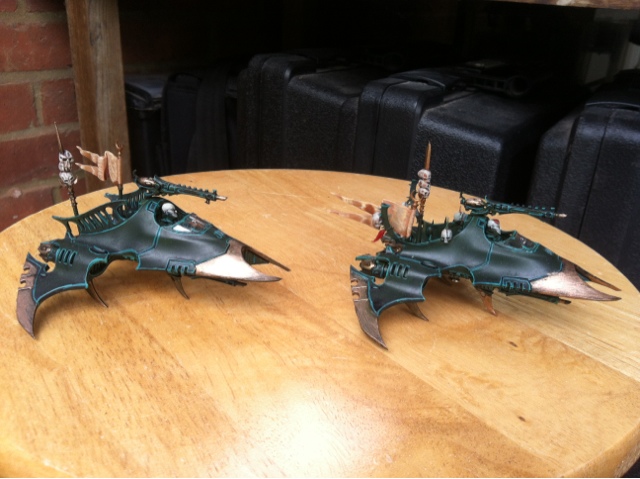 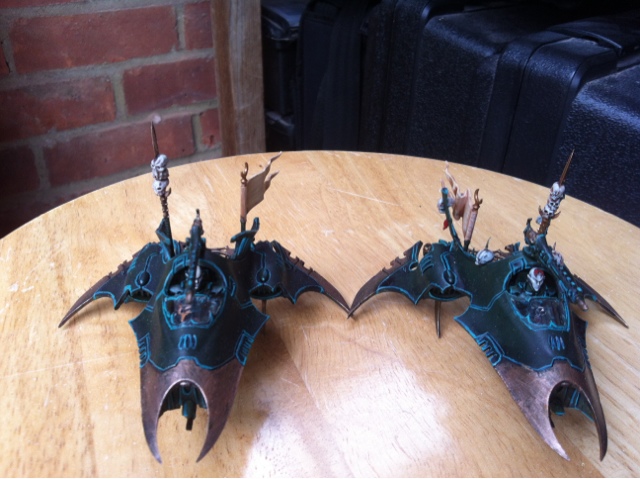 Thought they looked better dipped!! Only kidding, nice edges to those....