Infinity nomads - gearing up for the new rules

The best thing about playing lots of different games (or at least, having bought lots of miniatures for different games!) is the different painting challenges they present.
So, after painting lots of orks relatively simply, I interspersed them with more figures for infinity, which are very detailed and require more time and effort.
These are uberfallkommandos, which are people who I believe have taken strange drugs that give them mutations. In the old rules, this led to random abilities each game for each one. No idea what it'll mean in the new rules, but I bought them as I liked the look of them, so we shall see! 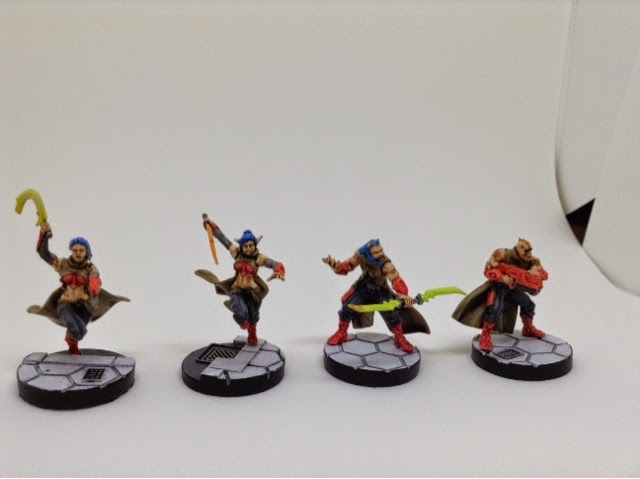 Same treatment as my previous nomads to match them. You may be able to see a spare hole on the lady on the far left.... This is due to her being one of those miniatures who just won't stick together and even fell off her foot peg and had to be re-stuck in a new hole as you can see they only have one very small point of contact with the base. So I had to do a very fiddly drilling job up her leg and she was only seconds away from being chucked in the bin in frustration on a number of occasions! Still, I'm glad I persisted :) 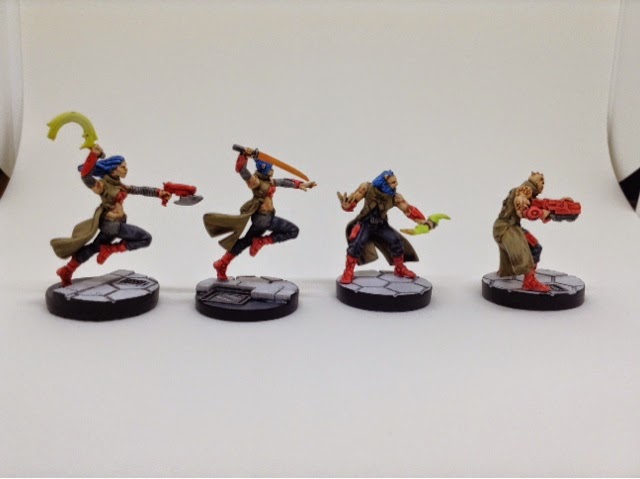 Side shot to show the poses better 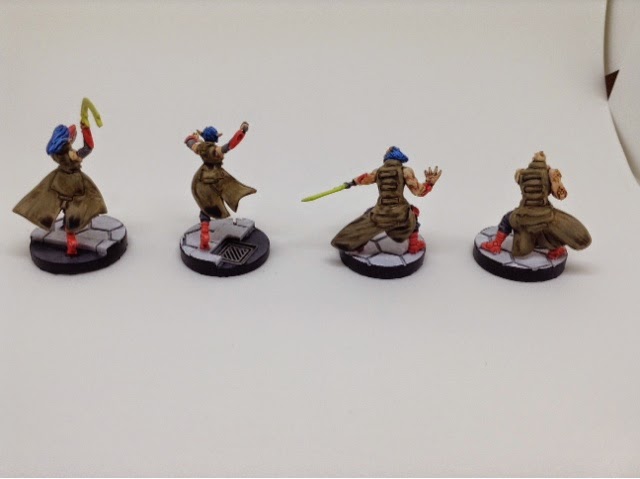 And some billowing cloaks.
I really am rather looking forward to the new infinity rules and have cleared the queue nicely in time for the new nomad minis from the starter set, which look lovely.
Posted by JamieM

I like that you've gone so colourful with this stuff.

With mine I went for a limited palette but still wanted it to be a colour range that I hadn't used before.