So.....The Silverback quite rightly pointed out recently that I should really up my painting game and start weathering vehicles. Given the imminent completion of the first of my HH 30K stuff I thought it was the best time to start. This way there will be some consistency across all of my 30K stuff.

Finally I used a steel colour to create scratches and recent chips in the paint. I have been quite heavy handed but I am happy with a very battle worn look as it strikes me as being fitting for the HH era when assets were (were? Past future tense?) being used constantly.

Still to do is the exhaust weathering on the back and also the inking to pick out rivets and add dirt details to the exposed machinery parts. I'll probably use some black washes in places to dull down the metallic weathering done so far. The leg dirt weathering will be done when I come to do the base as I think that will give the best level of colour consistency. 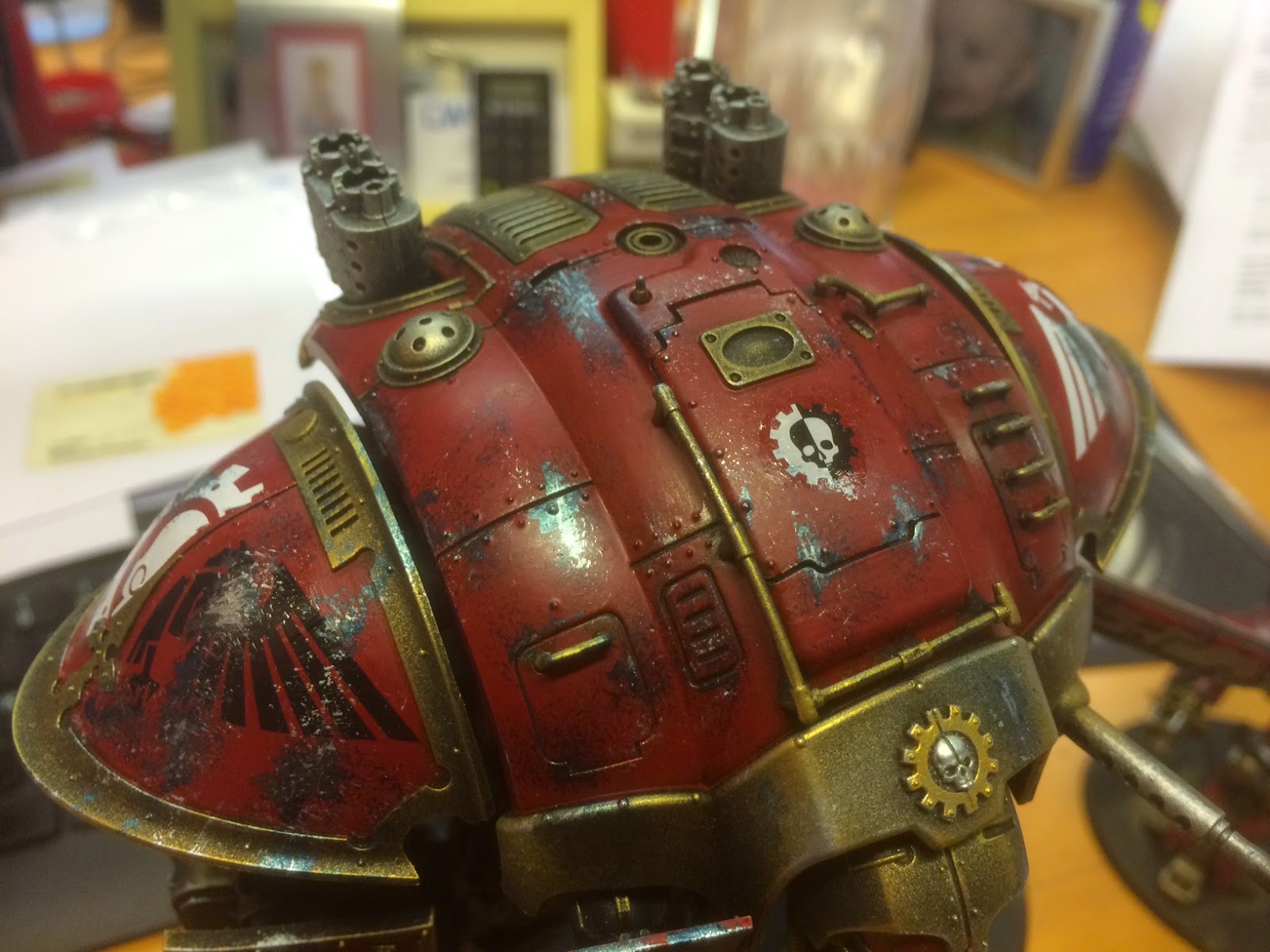 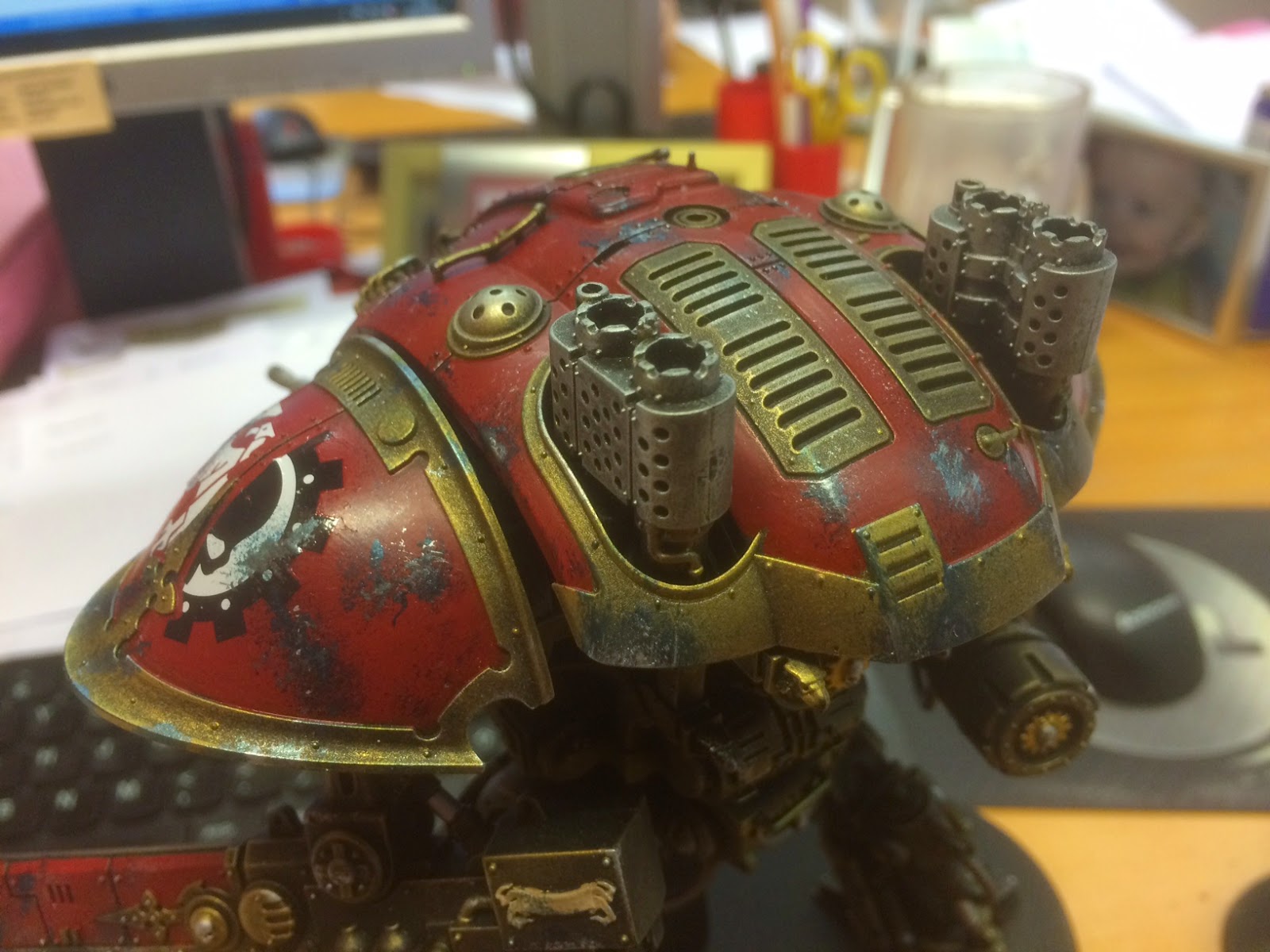 I am loving the layering effect. Must try this on my Contemptors!