I've always quite fancied a go at dropzone commander (henceforth DzC), but I was concerned it would be yet another one of those games that we buy and never use...... So I was heartened to see the sheer size of the 4ground terrain collection that the silverback was putting together! As it looked so smashing (and wasn't cheap) I was convinced that this game was actually going to get a bit of traction and that's all a magpie gamer like me needs!
Fortunately the armies already chosen were the ones not in the starter set, and the starter set is a ridiculously well priced piece of kit that I just had to do it. This must be some kind of record for me as it was delivered Friday afternoon and here is the completed UCM starter models!
First up, the infantry with their transports....... 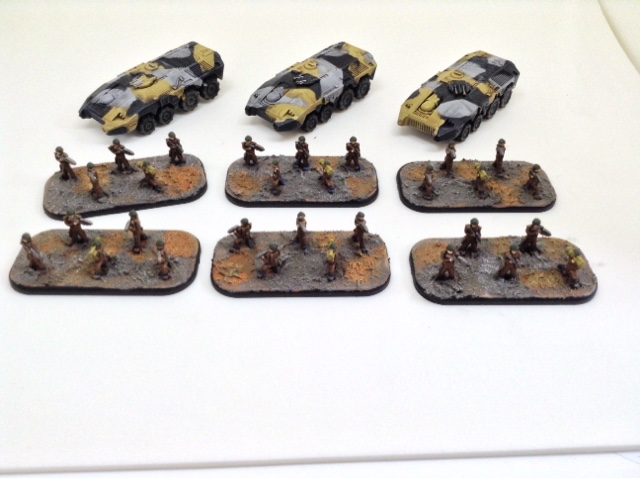 I decided on an urban camo scheme and the cunning use of blu-tack, spray cans and washes made it a doddle. I went for 3 colours to add interest and I really rather like how it's come out. The plastic used by Hawk Wargames is amazing. No mold lines AT ALL. None. Zero. Zilch. I've never had a kit in any medium that had none.  The vehicles are absolutely fantastic, hugely detailed for such small things. The infantry are mildly disappointing, being very flat and featureless, but 10mm is quite an abstract scale for people. Oh and the vehicles are amazing enough to make me forgive that.
Next up are the tanks, three AA tanks and 3 AT tanks, all from the same chassi with a different gun and turret. 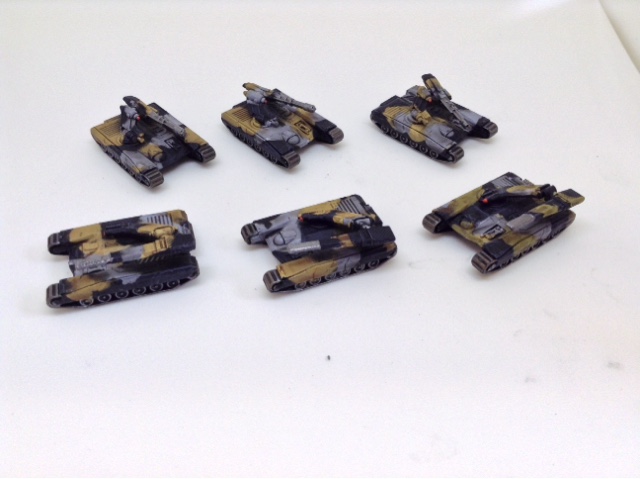 I was pretty cautious with how I modelled the guns as they are on ball sockets and so could really point high up in the air, but I was wary of transportation issues and breakages, so kept it nice and simple. 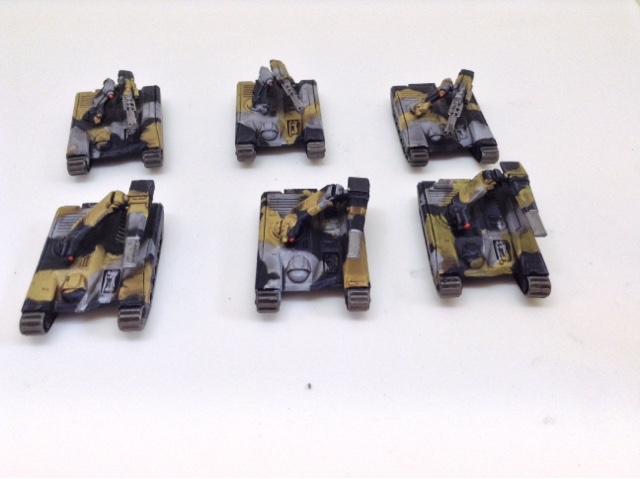 Finally, the drop ships. These are really well put together, I wasn't brave enough to paint the lines on the see through cockpit but I'm pleased with how the scheme turned out on them. 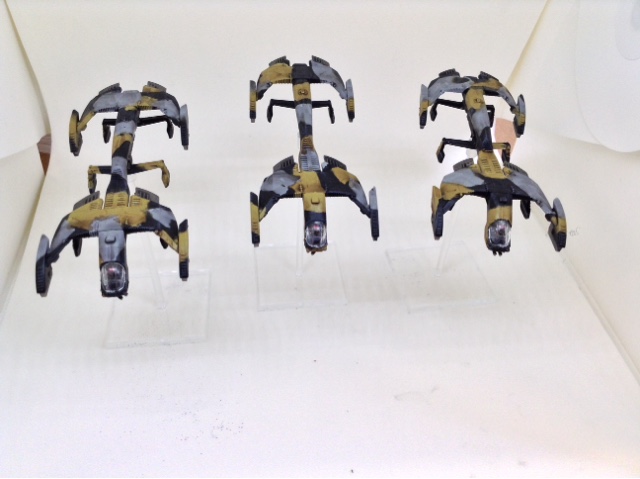 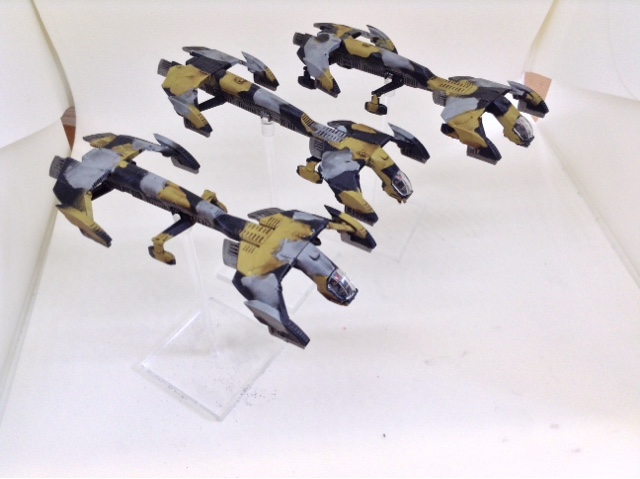 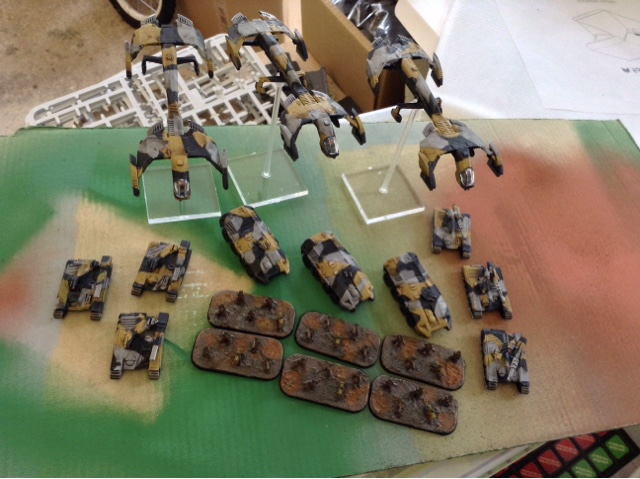 Right, who's up for a tester game?
Posted by JamieM

That's gotta be one of the quickest turn around on getting stuff painted that the GoGs have ever seen!

I am on the verge of buckling under and buying in to DzC, so each post about it tips me ever closer. :)

Urn, simply magnificent. I was wondering of the basing technique is still the tile grout? Looks great!