The painting challenge continues..... And continues to get me to paint stuff at a far faster rate than I normally would.
Next in the queue to get done were some more 30k salamanders. First up is a small melta squad. Given the nature of the salamander legion, venerating fire and flames, it was a definite that I needed to do at least one unit of these. 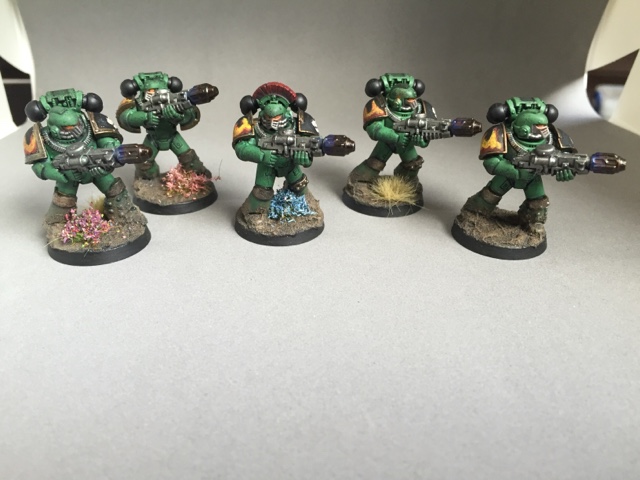 They're all from the "Betrayal at Calth" boxed set so have the 30k era Melta guns.
Next up are 10 legion tactical marines who will reinforce 10 that I already have to give me two units of twenty. No idea if that's any good in the game, but twenty man units felt very different! 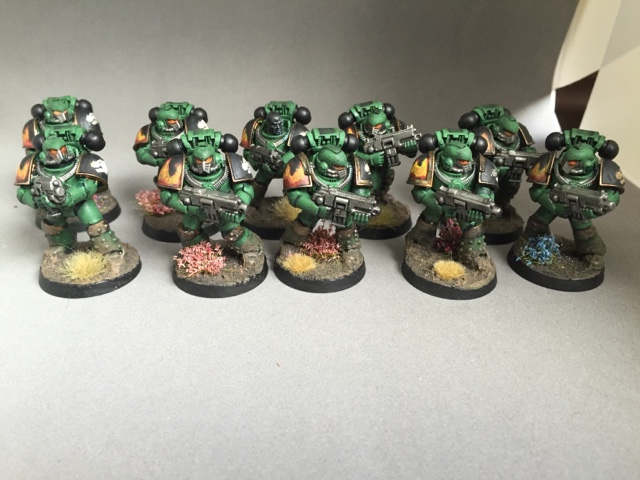 Finally are three resin contemptors. Fantastic kits in lots of parts that meant I could make them all differently posed. 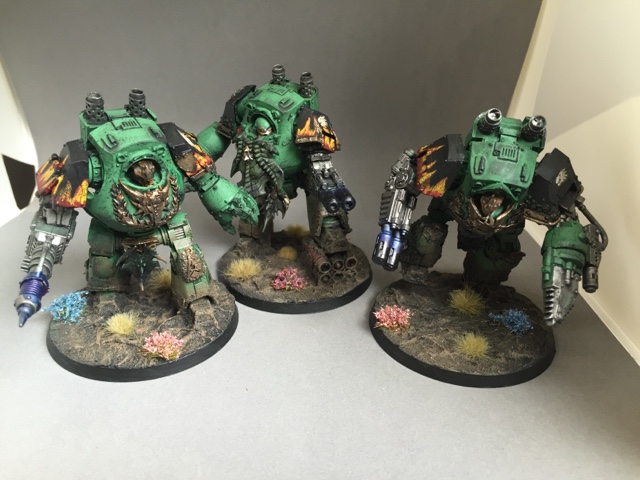 Loads of bits from the GW lizardmen range for these (including two head swaps!) and a fair few arms from normal dreads to save on buying them all from FW. 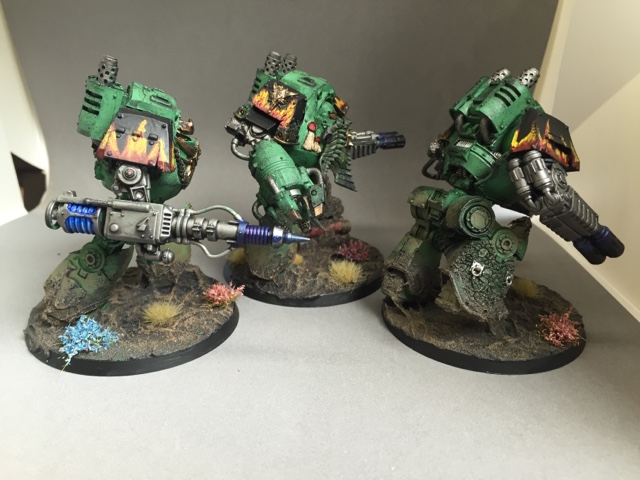 Two multi meltas (because salamanders) and a kit bashed conversion beamer mean they'll be getting stuck right into heretics. 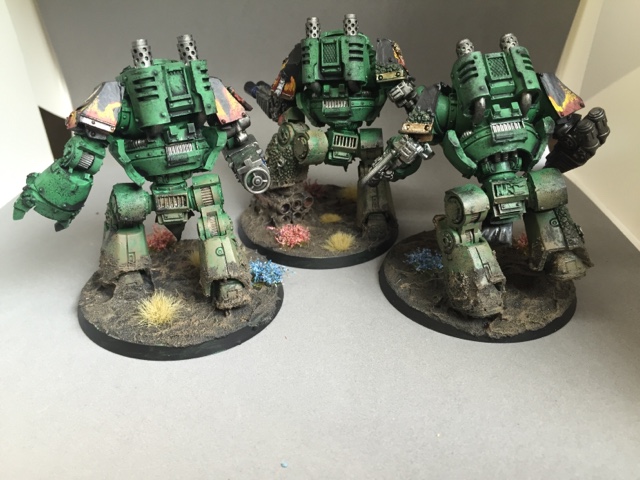