Playing with my wood

I’ve been quiet on the blog lately but fear not I am still beavering away.


The BFG planned a big game of AoS for the beginning of December. Sadly I couldn’t attend but he tapped me up to make some broken wall sections to go with the Warhammer castle set they would be using for the siege he had planned.

Bish bosh and three pairs of ‘bookends’ were created to slot in as replacements to the walls when they got battered down. 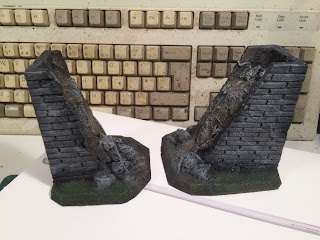 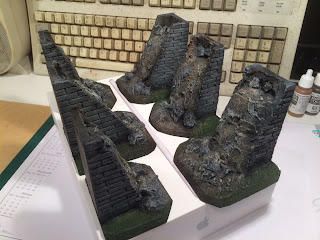 I spectacularly managed to screw my ankle up at the weekend leaving me unable to drive. Rather than sit around useless I took refuge in my study and worked away at some of the MDF kits I’ve not had a chance to do yet. Firstly I wanted to finish off the defence guns for the planned 30K siege game. 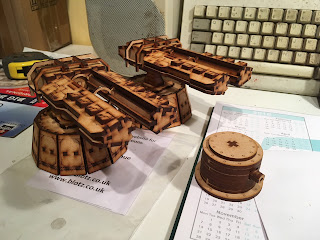 Then I got some fencing done for my city scenery set. 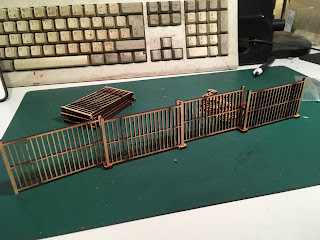 And a camper van. 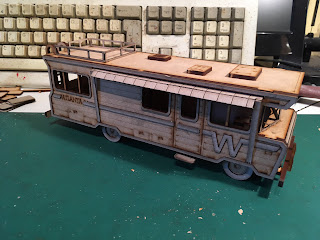 And a security check point for the docks. 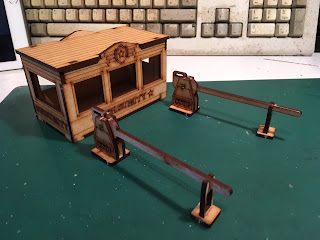 I had also finally gotten round to getting the monitor turret and tug from Blotz as the next step on the road to Mars. Lovely kits that go together really well. 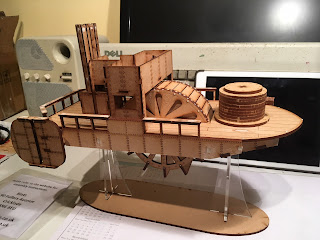 The tug has a nice lot of character I think and I’m pleased how it turned out. Hopefully it won’t be too long before the two Oriental vessels appear. 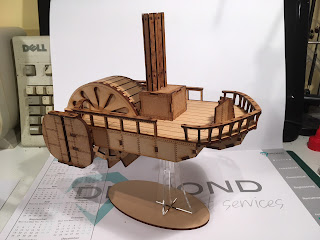 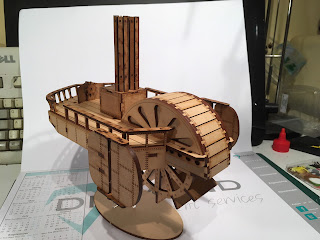 Those walls were absolute genius and really looked the part - cracking job!

Really like the Mars stuff. Do you have any German / Prussian styles Nefs in the planning?

Still to come are a flying Junk style oriental Nef which is in the pipeline already. Also planned is a flying wing style Nef for the Antarticans and the last ones will be for the Prussians. At the moment the concept sketches are heading towards a twin Zeppelin thing with a deck suspended between the two balloons.