It's been a while

“Still, at least I am getting stuff painted”.

A quote from my last blog post in April. And what have I painted since that statement?

However I have not been resting on my laurels doing nothing. Oh no. I allowed myself to become further entranced by the idea of creating new projects with the nice folks at Blotz. The Aeronef projects has bumbled along nicely since the end of last year but I was having more and more ideas for things I wanted to try and turn into kits.

With this in mind I approach Blotz to see if they were interested in other projects and whether they had time in the development schedule and whether there was more I could do. The response was to the positive and with their excellent guidance I soon found myself staring at a freshly acquired CAD programme and a blank screen full of potential. 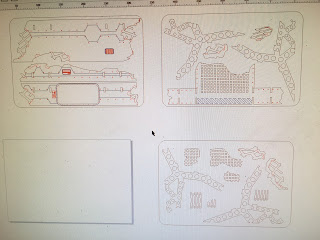 Needless to say mistakes were made. Lots of little mistakes and some whoopers! The priceless guidance and advice I got from Blotz saw me through the first few designs and on to more and more designs. The first set I decided to do was a crashed starship. I wanted the overall set to give a feel of a Star Wars Star Destroyer and several of the pieces were designed to echo design elements however I wanted each kit to work as  stand alone item and one where figures could interact with it with access through or over the piece being an important aspect. The Last kit will get finished tonight and that’ll mean that in two months I’ve designed twelve kits. A fact that I am rather chuffed with. 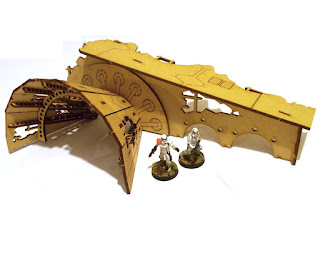 The first few went from CAD design to production in a very short time and it was a real treat to seeing the kits appearing firstly on the Blotz website and then in person. 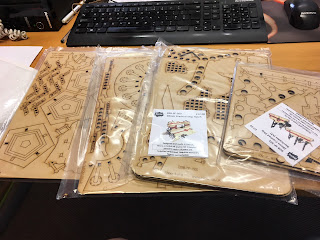 From that point I was hooked. Having always been plagued with constant ideas and daydreams about hobby projects it felt like I had discovered a new outlet and one that would allow me to bring a greater number of my designs into being. 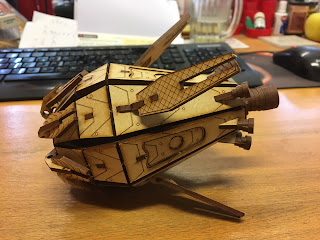 The CAD work itself was quite a learning curve but thankfully most of the little errors fell away quite early on. I still make them of course but it is unsurprising as the kits have grown in complexity.

The downside is that it is quite time consuming but thankfully an enjoyable hobby in of itself. I’ve resolved to try and keep some painting momentum up in my lunchtimes so that I’ll still making progress.

Lots of things planned for this new aspect of the hobby but I really must finish off the VSF stuff to enable us to continue with the Colonisation of Mars!

Absolutely superb! I have just been and had a look on the Blotz site and they really work wonderfully well, bravo Sir.