Another Trukk bites the dust 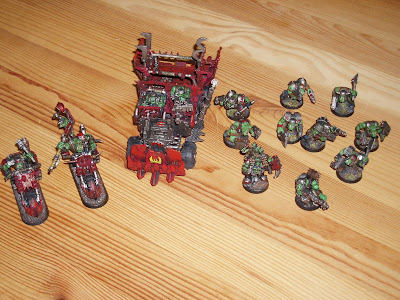 This month it was the usual 1 Trukk, 10 Boyz with a Nob with bosspole and a Powerklaw, but the real change was a big shooter as opposed to a rokkit launcher. I have used the Nob from the Kommandos for a bit of difference. 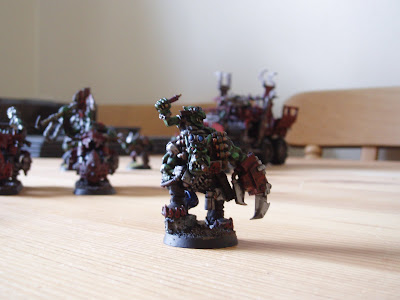 Also I added, a Nob Biker for one of the squads with a bosspole and an 'uge choppa and another normal biker.

Now I know the more cynical of you might be thinking I have been a wiz at photoshop, so to prove I have really done 3 trukks and 30 odd boyz etc, here is the army en masse. I hope you all think that the overall look and feel is as good as I do. Next month, it is time to start on the Nob Bikers - I think - or maybe the fourth trukk and some orks with some deffkoptas....... 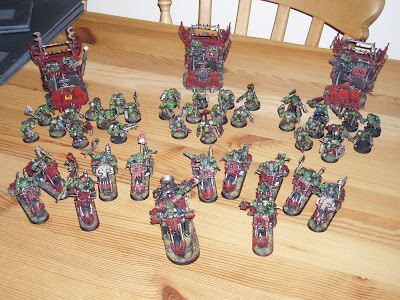