Blood for the Whojamaflip Chap

One question I'm always being asked is "what does 1570 points of World Eaters look like Mr.Fox?" 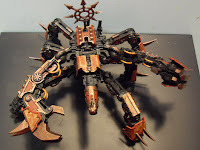 A Land Raider with as many Twin-Linked Lascannons as he can get oh and he's Daemonically Possessed obviously! 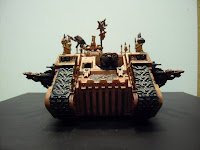 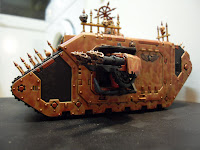 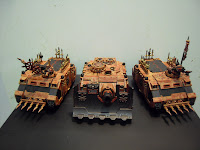 And then 26 Infantry figures including 3 squads of 8 Bezerkers, a Terminator Lord and some chap by the name of Kharn (who has just been painted and is waiting for his back pack to be glued on). Just the basing to go on this lot. 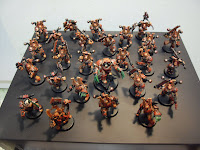 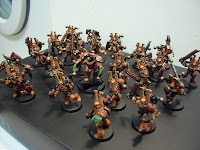 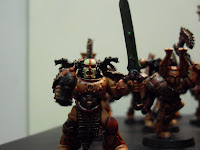 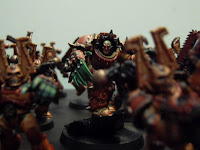 This leaves me with the basing and then 2 lovely Forgeworld Dreads to put together. 2 weekends to go now and the race is on.
Posted by Von

I get the distinct feeling that this lot are gonna put out a lot of hurt!

I like them - i like them a lot! Good work on a sensible colour scheme that isn't the usual red + brass but that still looks bloody.

Wowsers!! How cool are they Foxy????
You have excelled yourself here mate.
I had better get my finger out!